Amid the heat of election, we got something good to hear and celebrate. In a great diplomatic win for India, the 1267 Committee of the United Nations Security Council (UNSC) finally listed Masood Azhar as a ‘designated terrorist’ on May 1.

The 1267 Committee, created in 1999, lists individuals associated with Al Qaeda, Taliban and other terrorist organisations and enforces global sanctions on them. 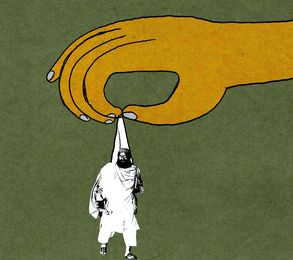 The announcement followed a decade-long effort by India to list Azhar a global terrorist. Azhar, following his release from the Indian prison in 1999, had founded the terrorist organisation Jaish-e-Mohammed, and had tormented India with a series of attacks, the most recent being at Pulwama in south Kashmir that led India to carry out air strikes on the terrorist camps in Pakistan.

Listing of Azhar has been the culmination of a complex, diplomatic chess game played among the global powers over the past few months, with China on the one side and the rest of the permanent members of the UNSC on the other. With her profound diplomatic clout that the country acquired over the past years under the muscular leadership of Prime Minister Narendra Modi, India was in no mood to forgive Pakistan, the mentor of Azhar. India had managed to convince all members of the UNSC for listing Azhar as a global terrorist, except China which had been exercising a weird “technical hold” on the proposal each time. However, the Pulwama attack proved to be the final nail in the coffin, and all powerful nations rallied behind India. The support was so unprecedented that not a single nation opposed India when she chose to exercise her right to launch pre-emptive strikes on terrorist camps at Balakot in Pakistan. The camaraderie continued as the UNSC condemned the Pulwama attack masterminded by Jaish-e-Mohammed. Indian diplomatic manoeuvres had forced the hands of China into signing the condemnation in February.

Azhar’s designation as a global terrorist is a huge strategic success as it will freeze his assets, impose on him arms embargo and will ban his global travels, thus checking his menace quite effectively. It will now be difficult for Pakistan to extend him logistic support as it had been doing in the past.

Pakistan stood isolated in the global forum as India made her stand clear that she will not have any negotiation with any country on the matter of terrorism.

The UNSC committee resolution reflects the growing soft power of Indian diplomacy that has put the country at the centrestage of global fight against terror. This speaks volumes on what strong leadership does to a country. It also answers those who ask derisively what Modi has achieved by his foreign visits.