American author Jill Telford once wrote—“Vote as though your life depends on it.” The same is valid in all circumstances. However, it becomes more relevant in the Indian context as the general election, the biggest festival of our democracy, has arrived on the centre stage.

With the announcement of the election programme by the Election Commission of India on March 10, the formal process of choosing the representatives for the 17th Lok Sabha has begun. In seven phases, from April 11 to May 19, voters will choose representatives for 543 constituencies. 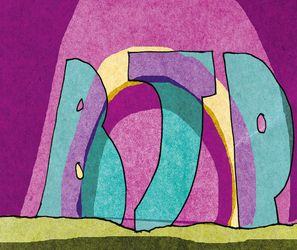 As the 16th Lok Sabha walks into the sunset, it is time to pause and reflect on what this government has achieved. Here, I am not going to count the achievements of the Narendra Modi government, because the same is for everyone to see. What I am going to highlight are few parameters on which the electors must judge the present government, and the attributes they must look for in the next government.

The first parameter should be the delivery of government schemes and services to the targeted segments. If one judges honestly, one cannot deny that the delivery of schemes have never been so efficient and successful in the past as they have been during the Modi government.

The fourth parameter should be the ability of the government to lead the nation to the path of economic growth and development. On this count, the Modi government has met with great success as we have not only managed to keep our economic growth highest among the major economies of the world but also became the sixth largest global economy.

The fifth parameter should be the ability of the rulers to run a clean, corruption-free and transparent government. It goes without saying that the Modi government has run its full term without any corruption or scam, which in the recent years had become the byword for governance.

The sixth, of course, should be peace and security of the nation, and no one can have any doubt over the fact that the country has been fully secured over the last five years.

The seventh parameter should be the ability of the government to take all segments of the population together and to make everyone a partner in the development. As one can see, the Modi government has always worked with the mantra of—Sabka Sath Sabka Vikas—and the same is visible in all the policy decisions that this government has taken.

The final parameter must, of course, be the ability of the government to raise the prestige of India in the international community and forums. Even the worst critique would admit that the record of the Modi government has been spectacular on this count.

The above parameters must remain the bedrock of governance and the citizens must see whether the government they plan to instal next carries these traits or not, and whether the succeeding government will be able to take them forward. These of course are the issues on which your life depends in future. Hence, take no chance on it.