The issue of gender justice versus religion has once again come to the centerstage of public discourse, with the introduction of a fresh bill in the Lok Sabha, criminalising the practice of instant triple talaq among Muslims. Certain groups are attempting to defame the government by dragging the Sabarimala judgment into the debate.

Talaq-e-biddat or instant triple talaq allows a Muslim man to divorce his wife by pronouncing the word ‘talaq’ three times in one go. This unilateral, arbitrary and irrevocable dissolution of marriage is a religio-cultural practice among Muslims; the BJP is opposed to this on substantive and procedural grounds. The Supreme Court’s pronouncement on the matter established that the practice is neither an essential feature of Islam, nor is it sanctioned by the Quran, the fountainhead of jurisprudence and law in the Muslim world. 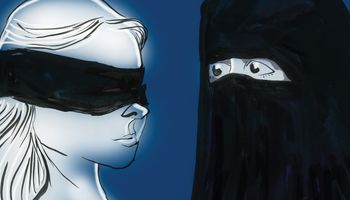 Talaq-e-biddat is an unfair practice, which on a substantive ground, violates the fundamental principle of equality of the sexes and arms the man with an instrument of cruelty. On procedural ground, this practice violates the logical and elaborate process of divorce mentioned in different chapters of the Quran.

The Supreme Court, in a landmark judgment in August 2017—delivered through the majority opinion of a five-member constitutional bench—had outlawed the practice of talaq-e-biddat, holding it bad in law. The court had held that the practice violates the fundamental rights of women enshrined in the Indian constitution, and had advised Parliament to make a law on it.

Thus, in order to implement the Supreme Court’s judgment, the NDA government had introduced a bill in the Lok Sabha in the winter session of 2017 and had got it passed from there. However, because of opposition from the Congress and other parties, the bill could not be cleared from the Rajya Sabha. The government was forced to introduce an ordinance in September 2018, as incidents of triple talaq were continuing unabated.

As compared to last year’s bill, the ordinance was improved with many safeguards against any potential misuse of the provisions. Under the provisions of the ordinance, inter alia, the offence committed was made bailable by a magistrate and was also made compoundable, leaving scope for mutual resolution.

Sabarimala cannot be seen as a violation of the fundamental rights of women as the temple does not ban the entry of women per se, but only a specific category of women due to specific reasons. Moreover, women are free to visit any other Ayyappa temple in the country—nearly a thousand in number—where Lord Ayyappa is not enshrined in the specific form of an eternal celibate, as in Sabarimala, thus requiring the restriction. Hence, Sabarimala cannot be seen as a battle for gender justice in the way triple talaq is.

Interestingly, Rahul Gandhi takes a different stand outside Kerala, and Shashi Tharoor has changed his stance along with the Congress in Kerala. Unlike the consistency shown by the BJP, the Congress has displayed opportunistic politics which changes itself with time and space.