Is the British monarchy on its way out?

New Britain may drive change, and royals out of their castles. Gradually

The Harry & Meghan Netflix psychodrama will not push the monarchy into extinction. But it nudges the “gradual” part. H&M—as they call each other—project themselves as martyred superstars of royalty. More likely, they are pawns of history. Their drama derives oxygen not merely from their persona, but also from broader societal factors—race, gender, media and demographics. These dynamics have strengthened into a social Molotov cocktail that is far more powerful today than it was during Princess Diana’s time, a quarter of a century ago.

Diana was a bigger victim than Meghan—more celebrated, more maltreated and the Queen more remote. Her death was a big kick to the “out-of-touch” monarchy. But ‘The Firm’—as the palace bureaucracy is nicknamed—recovered its footing. The ‘Meghan Money Machine’’s television soap opera is self-serving and self-absorbed. But its tragic episodes resonate with New Britain—women, youth and people of colour. They all have stronger voices today than in the 1990s. Besides, social media is a force multiplier, amplifying love, hate, pain and abuse. 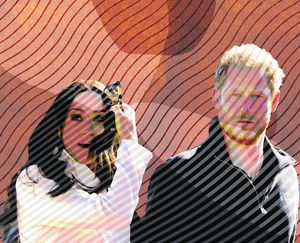 British tabloids are racist, mean and mendacious. To all. Meghan’s revelations about the palace-media collusion driving her to contemplate suicide show that little has changed from Diana’s time, whose suicide attempts were sniggeringly planted as attention-seeking ploys. Diana was beautiful white nobility, so the cruelty inflicted on her was not racist. “The Firm” grinds on, pitilessly crushing all the tall poppies in its path.

Poppies—or mavericks—are sacrificial royal lambs. The tabloids humiliated the fun-loving Sarah Ferguson as the “Duchess of Pork”. They shamed “commoner” Kate Middleton by publishing photographs of her topless. The reason the tabloids backed off from Kate was that instead of protesting or complaining, she succumbed to the royal script, looking, saying, behaving and doing exactly as she is supposed to, becoming a venerable model of the British dictum—keep a stiff upper lip, a stiffer spine and carry on. British author Hilary Mantel described Kate as “a mannequin without personality, whose only purpose is to reproduce.”

For H&M to expect the ruthless Firm to drumroll the red carpet and be mesmerised by their romance is infantile, even borderline delusional. The Firm’s sole focus is the monarchy’s power and continuance. Everything else is diversionary red meat for the hungry tabloids.

But neither fate nor hate is new. Harry would not have been prince or in the succession line if the tabloids had been nice to his great grand uncle Edward VIII, who abdicated upon marrying an American divorcee. Sounds familiar. The hounding and hate they endured in 1936 is a prequel to H&M.

But the docuseries reveals the raw nerve of the global mental health crises—an issue that women, youth and blacks care about because they suffered during the pandemic. H&M’s popularity has nosedived since their palace exit. Still, their docuseries is Britain’s most popular show of 2022. In mid-January, Harry’s book comes out, detailing a little boy’s mental anguish after his mother’s catastrophic death. The honesty and horror of his loss will touch hearts.

New Britain may drive change, and the royals out of their castles. Gradually.