Anita Pratap on the war, pandemic and wealth

War, plague, famine have haunted us since dawn of civilisation. As has inequality

We are witnessing the slow-motion trainwreck of multiple catastrophes coming together to make the perfect storm. Pandemic, war, climate change and famine are like the dreaded Four Horsemen of the Biblical Apocalypse, combining forces to unleash hell on earth. The pandemic aggravated the world’s problems. Now the Ukraine war worsens existing dilemmas, while spawning new crises. The old world order wobbles. The new one is yet to take shape.

Inflation and supply disruptions have impacted all corners of the world. Food, fuel and fertiliser are seeing record prices, and set to go higher. War has halted critical food exports from Russia and Ukraine that supply 30 per cent of grain, and 80 per cent of the world’s sunflower oil. This is the daily bread for millions in the Middle East and Africa. 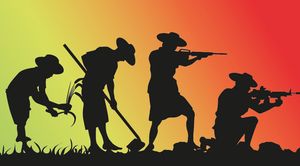 War is never straightforward. The Iraq war was about oil, not democracy. Is the Ukraine war about gas? The European Union has signed a deal to replace Russian gas with American liquified natural gas. “It is profit motive and self-interest masquerading as patriotism and solidarity with Europe,” says Zorka Milin, an activist championing transparency in resources exploitation.

War, plague, famine—these are the ghouls of death haunting humankind from the dawn of civilisation. Inequality is another undying ghoul. Similarities between the Apocalypse and contemporary reality have less to do with prophecy than the timelessness of human nature The ancient text describing the Horseman of Famine records that the price of wheat and barley—the staples of ordinary people—has risen ten-fold but ordains “see thou hurt not the (olive) oil and the wine.” Preserve the luxuries of the rich; let the poor starve.

About 50 million people face starvation due to the Ukraine war, warns the World Food Program. To avert this catastrophe, WFP’s director, David Beasley begs for a $10 billion donation from American billionaires—just 0.36 per cent of their net increase in worth. Last year, Jeff Bezos’ net worth rose by $64 billion. On one manic Monday this January, Elon Musk’s net worth increased by $33.8 billion. Says Beasley, “There is a vaccine against starvation. It’s called money.” But money is a vaccine that builds bubbles, provides immunity from taxmen and boosts pursuits like space travel.

Scholars have argued whether the Apocalypse Horseman who wears the crown is Christ the Saviour or Antichrist the Destroyer. Perhaps the crown belongs to the superrich who reign through centuries precisely because they do not care to be either saviour or destroyer. Brilliant creators, they prefer to savour wine and ride on rockets.