Societies are blind to their own hypocrisy and selective compassion

What is worse: no compassion or selective compassion? The outpouring of public grief across Europe for the Ukrainian victims of war is immense. Empathy is a powerful, humanising emotion and compassionate people are considered noble.

But why isn’t there a similar European grieving for the victims of the catastrophic war in Yemen, now in its seventh year? Europeans tear up seeing healthy Ukrainian children leaving war zones clutching their teddy bears. In Yemen, starving, skeletal children, clutch stumps of what was once their legs.

Is it because Yemen is far away, whereas Ukraine is at Europe’s doorstep? Is it because Europeans identify with white skin and victims huddling in churches? Surveys showed that Europeans were distressed by the 2019 fire in the Notre Dame cathedral in Paris, but not so much by the beheadings, rape and arson occurring then in Sudan. 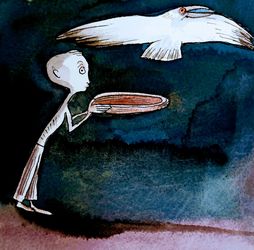 European expression of grief may appear racist—especially when viewed from afar. But societies are blind to their own hypocrisy and selective compassion, which can be racist or bigoted. Foreigners cannot reconcile peaceful India with our history of Dalit atrocities. Stigmatisation is a worldwide curse: Muslims are terrorists. Dalits are impure, blacks criminals, LGBT deviants. Their suffering receives less sympathy.

Research reveals that compassion depends not on the intensity of the disaster but on the proximity of the location and how likely viewers are to visit the affected region. Empathy is aroused by shared experiences with the victims—identity, nationality, culture, geography, family, friends, community, religion and skin colour. An evolutionary explanation is that people are selective because compassion demands emotional and mental investment; so they reserve it for people close to them.

Selective compassion is a global phenomenon. It is a manifestation of “tribalism, a way to reinforce your own point of view and block out any others,” explains author Fritz Breithaupt in The Dark Sides of Empathy. As pastor David French notes, empathy is not always noble, “It is warped by tribalism and partisanship.”

When societies experience disruptive change, they exclude communities, a process American Law Professor John A. Powell calls “otherising,” based on “the assumption that a certain group poses a threat to the favoured group”. As images of bombing in Ukraine flooded the airwaves, European mainstream clamoured to convict Vladimir Putin as a “war criminal”. There was no such mainstream outcry against President George Bush for large-scale civilian deaths in Iraq. Human rights activist Saadia Khan notes, “How conveniently our political consciousness allows us to forgive the crimes of those whom we can identify with, while crucifying the “other” for similar offences.” America has been at war for over 90 per cent of the time since its independence, while European nations have fought the largest wars in history.

The Sri Lankan state waged war against the “otherised” Tamils. Unable to penetrate Tamil society, soldiers bombed from afar. But the war unleashed to crush their own Sinhala JVP rebellion was deadlier because they could reach deep within. The terror that followed was horrifying. Tribalism is as evident in international relations as in families. Relatives provide refuge; they also commit grievous crimes. In Pashto, the word for cousin is tarbur. It also means enemy.