Russia intended to divide NATO, but its show of force on Ukraine only unified it

As the crisis in Ukraine intensified, facial expressions changed. Russian President Vladimir Putin, who always looks impassive, became steely-eyed. Across the Atlantic, US President Joe Biden, who always looks jolly, narrowed his eyes to convey deadly intent, saying, “Make no mistake. Russia will be responsible for a catastrophic and needless war.”

The superpower draws redlines on the desert, on frozen ground, on oceans and across the skies. The hottest redline now: Russian invasion of Ukraine invites infliction of unprecedented economic pain by the US and its NATO allies. Redlines are customary in diplomacy, but international relations experts have always questioned their efficacy. Failure to enforce the punishment makes the “punisher” look weak—as president Obama did when he failed to execute his redline against the Syrian government for using chemical weapons. “It was a colossal mistake,” said his first national security advisor Jim Jones. Still, Obama left office with good international ratings. 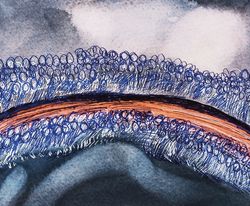 Credible redline threats work only if accompanied by credible assurances. Libya’s Muammar Gaddafi decommissioned his chemical and nuclear weapons programme in exchange for normal ties with the west. Business flourished; but after a foreign-backed uprising, NATO countries bombed oil-rich Libya. Gaddafi was eventually brutally murdered by a mob, making opponents wary of western assurances. Likewise, Afghan civilians feel betrayed by the US pull out. In 1994, Ukraine returned to Russia its nuclear arsenal inherited from the Soviet Union. In return, Moscow had guaranteed Ukraine’s security. As Russian assurances are not credible, NATO suspects that even if they deny membership to Ukraine, Russia will only be encouraged to ask for more.

Threats invariably fail. Sanctions, sabotage, bombardments and cyberattacks rarely compel countries to comply. Former prime minister Morarji Desai once told me in the context of India-Sri Lanka relations, “Never underestimate the capacity of a small nation to defy the big bully.” Even small and weak nations resist and retaliate, rather than retreat when faced with what they see as injustice.

The reason for such behaviour is psychological. Redlines provoke powerful emotions in the receiving country—anger, fear, hatred, humiliation, suspicion, resentment and defiance. Emotions are unstable and unpredictable, leading to reactions ranging from exemplary courage to suicidal stubbornness. Redlines can be counterproductive. Says political psychologist Kathleen E. Powers, “For strategic and psychological motivations, redlines sometimes trigger the very actions that they seek to deter.”

Russia intended to widen divisions within NATO, but its show of force against Ukraine succeeded only in unifying it. The US wished to condemn Russia as a declining power, but succeeded in inflating it into a resurgent force. Whenever the US sells weapons or sends battleships to Taiwan, China reacts with a big display of power. Forceful US warnings aim to deter Chinese violations of Taiwanese airspace. But the rhetoric provokes more violations.

Studies by security analysts reveal two important findings that prove dialogue is more effective than redlines. “The reputational risk of walking back from a redline is not as severe as countries fear,” notes political scientist Dan Altman. Obama proves this. Nor are the strongest or fiercely worded redlines the most productive. Altman says, “Clear, measured redlines are more effective than blunt, aggressive language.”

Using dialogue to address Russia’s insecurity aggravated by NATO expansion can be more productive than threats, sanctions or attacks. Whether eyes are steely or narrowed, an eye-for-an-eye slugfest, will, as Mahatma Gandhi said, “Leave the whole world blind.” An impassioned Ukrainian President Volodymyr Zelenskyy asked, “After a great war, we are a country without borders… is there anything left to pick up?”