As if a pandemic, inflation, energy crisis, and a heart-rending humanitarian catastrophe in war-torn Yemen are not enough, the spectre of a Cold War-era confrontation looms between nuclear superpowers, the United States and Russia, over Ukraine. While Russian drones, troops, and tanks assemble on their border, nervous Ukrainians live with sirens and war drills, bracing for an invasion. As former US president Ronald Reagan said drily: “People don’t make wars. Governments do.”

War is not inevitable. If the US-Russia dialogue fails, the west can impose stiffer economic sanctions. Russia retaliates with cyberattacks and subversive election meddling. But NATO allies are divided on more sanctions. Germany depends on Russian gas and has big business deals in the pipeline. Some analysts suspect that by knocking Russia out of the European Great Energy Game, a new opportunity is opened for the US gas exports. 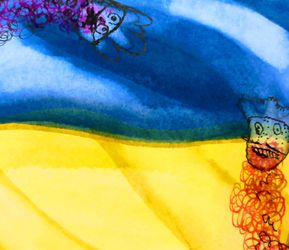 Westerners depict Vladimir Putin as the Machiavellian instigator of global conflict. But in the dangerous action-reaction cycle, who started the fire is a slippery blame game. Putin sees NATO’s expansion into the former Soviet Union states in East Europe and the Baltic as an encroachment into his backyard. He invaded Russia’s peripheral nation of Georgia in 2008, and then Ukraine to annex Crimea in 2014. Unfettered access to the hub of its Black Sea fleet is crucial to Russian security.

Former US defence secretary Robert Gates said Putin’s “actions are deplorable but understandable… it’s about restoring Russia’s historical role as a major power in the world through authoritarianism at home and aggression abroad.”

But there is a defensive dimension, too. NATO has officially recognised three new aspiring members: Bosnia, Georgia, and Ukraine. Russia finds the very idea of Ukraine joining NATO intolerable, almost an existential threat. If Ukraine, a former Soviet state-turned-democracy, joins the west, it could trigger a domino effect in the region. Said Author Sergey Radchenko, “Putin likes brinkmanship. But he is not bluffing. He wants global attention, influence, and concessions.”

NATO is unlikely to retreat, but dialogue can work. Sharing a border, NATO-member Norway and Russia are frenemies that have avoided war through history. Geographically conjoined at the shoulder requires a robust modus operandi for dialogue, precisely because the potential for collaboration and the risk for conflict are high and perpetual. The boundary in the resource-rich Arctic Barents Sea was demarcated with a 50-50 division of disputed waters and continental shelf—after 40 years of dialogue.

The Power of Patience is the best tool in the dialogue kit. But this means no cameras, no grandstanding, no leaks. Great Powers prefer trust-corroding subterfuge and one-upmanship, brandishing the Power of Power. Like fireworks, that display is invariably short-lived, leaving behind the debris of ruined nations and shattered families. Great power politics can wreck the ongoing dialogue. Said defence expert Michael Kofman, “Russians clearly aren’t betting very much on diplomatic success. The likelihood of war has increased.” That appeases the hungry military-industrial complex, which has not feasted on a meaty war for a while.

Even if war is averted, the run-up to war brims with weapons. Biden, 79, has already fortified Ukraine with more than $3 billion in military aid. More was sent by other NATO allies. The Baltic States are forwarding their American-supplied weaponry to Ukraine. Putin, 69, has reinforced his invasion preparations by deploying over one lakh troops, missile launchers, ammunition stockpiles, and field hospitals to the Ukrainian border. As another US president Herbert Hoover said, “Older men declare war. It is the youth that must fight and die.”