Randy Andy and other rogues in royal robes: Anita Pratap

In the 1980s, he was “insanely hot”. Girls swooned over him, boys envied him and the media fawned over him. Britain’s Prince Andrew was second in line to the throne, Queen Elizabeth’s favourite and a party animal. He had all the fun and no responsibility, unlike his elder brother, king-in-forever-waiting, Prince Charles. But as time passed, Andrew slipped further away from the throne and life careened downhill. Playboy Prince Andrew’s is a cautionary story, a fairy tale that was not.

The ongoing court battles, the accusation of rape and friendship with convicted sex offenders, Jeffrey Epstein and Ghislaine Maxwell, have disgraced Prince Andrew. Invited by Andrew into exclusive royal realms, Epstein and Maxwell spent weekends in the Queen’s favourite Balmoral Castle, danced in Windsor Castle, hunted in Sandringham Royal Parkland and even sat on the throne in Buckingham Palace. In turn, Andrew flew on Epstein’s jet, nicknamed ‘Lolita Express’ to luxury destinations. 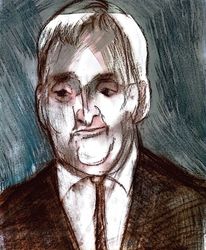 One of the “Lolitas”, Virginia Giuffre, trafficked by Epstein to his friends, accuses Andrew of raping her when she was 17. Rape is hard to prove, but sex with underaged girls is a crime. Andrew’s response to Giuffre’s allegations has so far been to deny meeting her, to dodge and deflect.

His lawyers manoeuvre for an out-of-court settlement, assert the case has no jurisdiction in New York because Giuffre now lives in Australia, that Epstein has signed an agreement with Giuffre shielding his friends from litigation, that he could not be the “sweaty” rapist Giuffre described because he cannot sweat. With no medical records or witnesses to back his claims, Andrew looked like a deer caught in the headlights. Says mental health counsellor Todd Grande: “He has made himself look guilty.”

Andrew’s profligate lifestyle is his nemesis—partying and philandering in mansions, yachts and resorts owned by the rich, famous and scoundrels. Earlier, Andrew courted Central Asian and Arab dictators, went on luxury holidays paid for by a convicted arms smuggler and chased sexy sports models—women, not cars. “He has come to Hollywood to look for chicks,” his former actress girlfriend, Courtney Love, once said. The media called him “Air Miles Andy” and “Randy Andy”.

From Casanova to grandfather, from hot to hot potato, times have changed for the Prince. In the wake of the Giuffre scandal, Andrew’s sponsors dumped him. He had to withdraw from 230 charities. His life as the swashbuckling international jetsetter leading British business delegations to different destinations, making speeches from Davos to Bangkok, disintegrated. Is his story ill-fated to end unhappily ever after? The lives of Princess Diana and Prince Andrew should suffice to convince fans there is no such thing as a royal fairy tale. When there is no fairy tale, why have the monarchy? It has no political power. People no longer believe royals have a divine right to rule.

Stripped of mystique and grandeur, the monarchy is just Big Business. Nicknamed “The Firm”, the British Royalty spins revenue from tourism, pageantry and merchandising. Monarchies claim they are national unity symbols in polarised times. Western kingdoms squeeze competitive advantages by forging a club with other kingdoms and sending their royalty on trade missions.

More and more princes have fairy tale weddings with “commoners”, feeding fantasy frenzies worldwide. But their usurious, luxurious lifestyles and mortal scandals of lucre and lust reduce them to anachronisms—oxymorons embedded in modern, egalitarian societies. In Britain, #AbolishtheMonarchy trends on Twitter. As royal families pose for photographs on their balconies, in hats and medals, fripperies and fineries of the past, they look like a gallery of relics. And a few rogues.