Austria's Sebastian Kurz has his party’s backing as he plots return: Anita Pratap

He was Europe’s wunderkind, the fresh-faced wonderboy who was serious, eloquent and popular—loved by girls, admired by boys and adored by aspiring mothers-in-law. In 2017, Sebastian Kurz became Austria’s—and the world’s—youngest ever democratically elected head of government at 31. In 2019, his ethical decision turned this high-achieving political rockstar into “Saint Sebastian”.

At the cost of his own government’s collapse, Chancellor Kurz evicted his governing coalition’s far-right partner when he was caught in a corruption scandal. Kurz declared “Abuse of power, misusing taxpayers’ money and manipulating media is really serious.” In the ensuing election, Kurz won a bigger mandate. The wunderkind could not be stopped. 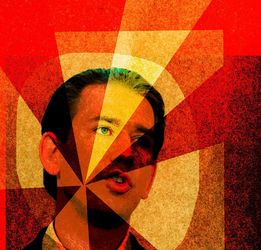 Until he was—by Austrian prosecutors who accuse him of, ironically, abusing power to bribe journalists with taxpayers’ money. Investigators, not fans, began raiding his office. He and nine associates are suspected of embezzlement, bribery and corruption. The loss to the state exchequer is only €3,00,000, but if convicted, they could face long jail terms. This time, Kurz’s Green coalition partner pulled the rug. Vice-Chancellor and Green party leader Werner Kogler announced Kurz was “no longer fit for office”.

So he resigned, announcing grandly, “This is about Austria, not about me. I want to make way to prevent chaos and ensure stability.” But it seemed more about his own, rather than Austria’s, stability, when he appointed loyalist Alexander Schallenberg to replace him. Kurz stepped down, but not aside. Petra Stuiber, deputy editor-in-chief of Der Standard, says Kurz will be “the one who is continuing to pull the strings in the background”.

The bribery scandal unmasked Kurz. Beneath the image of the poised whiz kid with immaculate gelled-back hair was a schemer, conniving his way to chancellorship after he became foreign minister in 2013 at 27. The “Kurz Machine” was an apparatus of corruption, cunning and conspiracy. Rigged opinion polls and media spin enabled Kurz’s astonishing trajectory. Riding on public animosity to “traditional politicians”, Kurz first maneuvered to become the conservative People’s Party (ÖVP) leader and then rebranded the waning old party into the “Liste Sebastian Kurz”, a movement mirroring his own image. He changed the party colour from boring black to trendy turquoise. The rejuvenated party made a spectacular comeback.

On becoming chancellor, Kurz placed loyalists in key institutions in the country, from the powerful public broadcaster to the constitutional court. Opponents say the messiah had become a mini dictator, running a one-man show. Kurz embraced far-right’s anti-immigration policies and befriended populist leaders in Poland and Hungary. Like them, he defied the UN and European Union programmes to accept asylum seekers.

To remain in power, Kurz consorted first with the far right—a taboo in Austrian politics. When that coalition self-destructed, he switched to the left-wing Green Party. Friend-turned-foe Gottfried Waldhäusl of the Far-right Freedom Party, says, “Kurz is Austria’s biggest opportunist.” It was all about Kurz, and Kurz only.

Like Donald Trump, Kurz calls the investigation a “witch-hunt”. He has the backing of his party and his core base to work the puppet strings until he plots his return to power. But puppets sometimes develop spine. Critics believe Saint Sebastian has turned into a Sleazy Sinner. His halo has lost lustre, but Kurz’s political ambition still burns bright. Most politicians are incarnations of Narcissus. They love themselves. But Kurz is an original. He fell in love with his own image.