Prophets are imagined as old men with flowing beards, imparting wisdom that stands the test of time. Not so in the 21st century. Now they are small, young women. Or girls.

First came Malala Yousafzai. An unknown 15-year-old schoolgirl from interior Pakistan, who got shot, got famous and got the Nobel Peace Prize in 2014. All in two years. She spoke with stunning eloquence about girls’ right to education, vowing to be prime minister of Pakistan one day. She is the Prophet of Girl Power. Cynics say she was planted by the CIA. 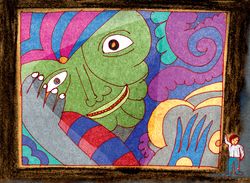 Then came Greta Thunberg. At 15, this Swedish schoolgirl with Asperger’s syndrome inspired a global youth movement to fight climate change. Even experienced environmental experts could not better her brilliant, spontaneous soundbites. From the UN pulpit, she mocked, ridiculed and scolded world leaders. One day, she could be the United Nations Secretary General. She is the Prophet of the Planet. Cynics say she was planted by a communications agency.

Then there was African American Amanda Gorman. Older than the other two, but still only 22. The poet laureate and Harvard student wowed the world with her poem that she read out at Joe Biden’s inauguration. A well-crafted, wise poem about love, racial unity and democracy. The poem mirrored her persona—poised yet passionate. She power-dressed in a chic red headband and a Rs2.5 lakh sunshine yellow coat by Prada, with whom she has a deal.

Amanda is not shy about her presidential ambitions. She said in her poem “A time where a skinny black girl descended from slaves and raised by a single mother can dream of becoming president, only to find herself reciting for one.” Her fans say she will win the 2036 US presidential elections. Cynics say she is planted by the Clintons, the Obamas and Oprah Winfrey.

And then there is Darnella Frazier. An ordinary 17-year-old black Minneapolis schoolgirl who used her mobile phone to film police officer Derek Chauvin kneeling on George Floyd’s neck. In filming all 10 excruciating minutes of the murder while Chauvin’s cohorts advanced menacingly with Mace, Darnella showed courage, compassion and civic conscience. Her video exposed the police coverup and contributed to the 12-member jury unanimously pronouncing a guilty verdict, sentencing Chauvin to a jail term of up to 40 years.

Darnella won awards for bravery. “With nothing more than a cell phone and sheer guts, Darnella changed the course of history in this country,” praised Suzanne Nossel, CEO of PEN America, an NGO that champions freedom of expression. Darnella has transformed into a TV personality with artful makeup and stylish dresses.

Yet, there is darkness. She is undergoing trauma therapy. Her mother says Darnella was already suffering from social anxiety. Then she had to deal with the horror of witnessing life squeezed out of a terrified man. After that she was persecuted by internet trolls—white supremacists spewing venom, hatemongers accusing her of getting payoffs and denigrators unreasonably blaming her for not intervening to save Floyd. Darnella’s life is a 21st century morality tale, personifying the power and pitfalls of social media. Activists raised half a million dollars to protect her. But activists move on, finding new causes and new prophets.

Historic police reforms are under way because of Darnella. She is the Street Prophet of Small Miracles. Planted by none, she grew like a dandelion through the cracks of the pavement. Cynics say her video will be remembered, her name forgotten.