The showdown is on

T he “Thucydides Trap” states that a rising power is doomed to conflict with the established hegemon. This theory has stood the test of time for 2,500 years. Experts now fear a doomed conflict between the United States and China, in a new version of the Cold War.

Closing each other’s consulates is vintage Cold War. But the new twist is that China cannot be “contained” because it is deeply integrated into the global economy. As US Secretary of State Mike Pompeo admitted: “The USSR was closed off from the free world. Communist China is already within our borders.”

And making full use of it—snooping, spying, selling and stealing. FBI Director Christopher A. Wray says China’s intellectual property theft is “so massive that it represents one of the largest wealth transfers in human history”. China’s thieving costs an estimated $250-$600 billion a year and robs millions of American jobs. The new US war chant: China is “raiding, not trading”.

Two-thirds of Americans view China as a “major threat”, which explains the bipartisan consensus to get tough on China. Reducing American dependence by helping companies to shift out supply chains and isolating China commands public support. In the run up to the November presidential elections, China-bashing by both Donald Trump and Joe Biden will intensify, but the accelerating shift heralds worsening US-China relations thereafter.

A shift has also taken place in China, away from former premier Deng Xiaoping’s mantra—“Hide your strength, bide your time, never take the lead.” Under Xi Jinping, China is done biding its time, rising peacefully. It has risen.

It is flexing its muscle—military, economic and rhetorical—and cracking its whip within, in Hong Kong and Xinjiang, in its neighbourhood and beyond, and as far as Australia and Britain. 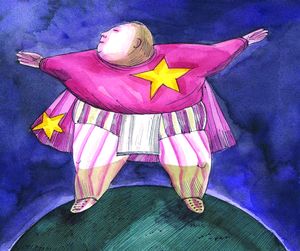 In what will probably be called the “Pompeo Doctrine”, America’s top diplomat, who harbours presidential ambitions, proclaimed the new battle cry against China. Until now, US-China relations have been defined by a complex coupling of financial and economic mutual interdependence. In a seminal speech at the Richard Nixon Library and Museum, Pompeo outlined his decoupling doctrine by announcing an ideological war between “freedom and tyranny. The Chinese Communist Party is the enemy, the Chinese people the friend”.

The Trump administration that has spurned, insulted and sanctioned its allies now beckons them to join an alliance of democratic nations to take on China. America still has friends across the world. So does China, which has drawn many countries into its Belt and Road Initiative. It also has allies in the corrupt, authoritarian world. The China bloc is not equal, but it cannot be dismissed.

Experts say the emerging bipolar world is divided not so much by ideology as by the great firewall of technology. The west’s rejection of Huawei is the opening shot of the decoupling. 5G is the battle terrain for the two blocs. China has developed cutting-edge hard, soft and internet-related technologies involving social media, deliveries, payments, infrastructure and entertainment.

The assumption that innovation thrives only in the petri dish of freedom, or that a Facebook can emerge only in America, is questionable. Chinese drones were deployed to take close-up videos of the burning Notre-Dame Cathedral in Paris. The footage helped firemen pinpoint their water hoses and thus save the structure. The drones were made by Chinese student entrepreneurs in their university dorms. As Thucydides wrote, people being people, similar sort of things—from creativity to conflict—happen, again and again.