Racism? Touch up and rip up

The brutal police killing of George Floyd blew the lid off a global problem. Racism exists in every country and it has nothing to do with race. Science disproves that blacks or any other ethnic groups are inferior, because all humans carry the same genes. Racism is man-made, which explains why it thrives even in Africa that is full of blacks and in India where there are no blacks. This “ism” is a socio-cultural ideology designed to devalue, dominate and discriminate against the vulnerable underclass—blacks, dalits, Muslims, Jews, minorities, migrants or women.

Racism, sexism, Islamophobia, anti-Semitism, xenophobia, all sprout from the same cursed root: “the will to exercise power, the need to control”, as Nobel Laureate Toni Morrison explains. The tendency that makes some men want to control their wives is not very different from the pathology of a majority community wishing to dominate a minority group.

Humans are not naturally racist, but are evolutionarily programmed to be groupists. In certain situations, the narratives about the “stranger” as a “threat” escalate to demonising the “other” as contemptible, unclean and ignorant. This becomes an existential necessity in order to lionise the dominant group. One needs the “other” to feel privileged, blessed and superior—individually, institutionally and ideologically. From the clay of subjugation, the identity of the oppressor is moulded.

Oppressors subjugated black communities through the centuries. In mid-19th century Ohio, 25-year-old black slave woman Margaret Garner killed her children when they were sold and about to be taken to another plantation. She wanted to spare them the agonies she herself endured. Her case went to trial, but she was not given the death penalty as she was not considered human with human responsibilities such as motherhood. Blacks were useful, not quite like cattle, yet not sufficiently human. 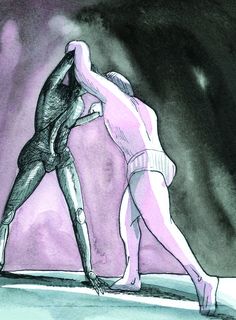 Racists misused both science and religion to justify enslaving the blacks. In 1851, the New Orleans Medical and Surgical Journal published a report on the “Diseases and physical peculiarities of the Negro race”. It claimed blacks were prone to drapetomania (a disease that made them run away) and dysaesthesia aethiopica (laziness, due to which their shrunken lungs were chronically oxygen-deficient). Never mind that the first disease contradicts the second.

Such prejudices still fester with popular assumptions that laziness makes blacks obese. Working multiple shifts to make ends meet, impoverished blacks have neither the money nor the energy to go to gyms. They live on cheap and fattening junk food. Job insecurity and stress contribute to ailments ranging from hypertension to diabetes. Not surprisingly, blacks and migrants who suffer these underlying conditions were hardest hit by Covid-19. As a Harvard study reveals, ZIP code is a better predictor of health than genetic code. Where you live matters, and not for snobbish reasons. A poor neighbourhood dooms its inhabitants to shoddy education, scant job opportunities, bad housing, drugs and crime—all of which undermine health.

For decades, books and Hollywood films romanticised or “white-washed” American slavery—the jolly matronly housekeeper, the happy handyman, the joyous children singing in cotton fields. That’s all gone now. The solution to the current protests to exorcise racism includes essential police reforms. Equally important is ending the culture of white impunity by enforcing the law and securing convictions. Racism is systemic and can be uprooted only by upgrading the ZIP codes of poor black neighbourhoods by investing in education, health care, job opportunities, safety, sport and leisure activities. Otherwise, as before, blacks will remain banished in the place where they belong, homeless in their home.