Small, scrappy and spunky, Priti Patel is a few short steps away from 10 Downing Street. As Britain’s home minister, Patel could conceivably become the prime minister. But now her prospects are fading and she has only herself to blame.

Born in London to Gujarati parents who fled Idi Amin’s Uganda in the 1960s, Priti Patel, 47, grew up into a headstrong Tory who likes strong-arm tactics. As home minister, she is hardline on immigration, counter-terrorism and policing, wanting criminals “to literally feel terror” at the thought of breaking the law. She favours using force to disperse peaceful protestors. She enthusiastically enforces immigration laws that would have denied entry to her parents. 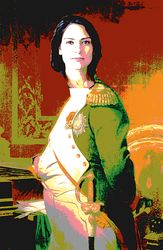 Inevitably, Patel’s drive to push through draconian policies face British bureaucratic push back, reminiscent of the brilliant BBC comedy Yes Minister. Her home secretary, Sir Philip Rutnam, regularly stymied her proposals citing legal hurdles. Nicknaming him ‘Mr. No’, and ‘Eeyore’, the ponderous, stubborn donkey in Winnie the Pooh, Patel’s aides allegedly told the media that Rutnam should be fired for incompetence and relieved of his pension.

Accusing Patel of lying, bullying, and running a “vicious, orchestrated campaign” against him, Rutnam resigned and is suing the government. He said employees accuse Patel of “swearing, belittling people, making unreasonable and repeated demands”. Patel heads one of the busiest Brexit delivery departments, having to implement new immigration, border inspection and IT rules, while fighting crime and cyberwar.

With Patel, it is “my way or the highway”, and Rutnam is not her first victim. She ordered that the home ministry’s communications officer, Andy Tighe, be sacked on Christmas Eve. Rutnam refused and eventually both officials resigned. So did Mark Thomson, who, as head of UK Visas and Immigration, found Patel’s demands “uncomfortable” and her policies “mad”. He believed her punitive plan to tackle radicalised youth was “outdated, flawed, based on past failed policies and not on research”, which clearly shows that adopting “positive psychology” is better at diverting youths from terrorism to productive activities. One government employee “collapsed” following a meeting with Patel, while another “overdosed” after Patel told her to “get lost”. The fired official sued and got a £25,000 settlement. “Sack, sue, settle” follows in Patel’s wake. She is known to storm out of her office, shouting “Why is everyone so f**king useless?”

But she certainly is very useful to her political bosses, a poster girl with her Euro-scepticism and ruthless pursuit of hardline Brexit policies. Supporters say she is hardworking and charming; critics say she is rude and divisive. An inquiry will examine Patel’s bullying behaviour, but the government backs her and not the complaining officials. Prime Minister Boris Johnson called her a “superb minister doing an outstanding job”, while cabinet minister Michael Gove said, “We make no apology for having strong ministers in place.”

A bit too strong, sometimes. When she was international development minister in Theresa May’s cabinet, Patel appointed her marketing consultant husband, Alex Sawyer, to run her office part-time on £25,000 a year salary. He did not last long. Eventually, Patel had to resign for holding secret meetings with Israeli politicians without informing the Foreign Office. According to urban legend, when she left, officials sang “Ding-dong! The witch is gone”.

Pop psychologists would suggest Patel suffers from Napoleon complex—short people who are overly aggressive or domineering. So how does her extremely tall husband analyse his controversial wife? Says Sawyer, “She is quite small and combative. She is my personal piranha.” As long as she is described as a witch or a violent fish, Patel will find it hard to occupy 10 Downing Street.