Right-wing massacres follow a pattern in the west. The killers are young, male, white, xenophobic lone wolves. Socially isolated but active online, their radicalisation incubates in cyberspace. Muslims, Jews, immigrants, liberals and asylum-seekers are their victims.

In his 24-page manifesto, racist killer Tobias R. (German law proscribes using their surname) claimed the world’s population could be halved by first “rough” and then “fine cleansing the inferior and destructive” races from the Middle East, Africa and Asia, including India and Pakistan. He shot dead nine Kurds, Turks and Africans in Hanau, near Frankfurt, before killing his mother and himself. 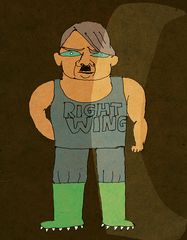 White supremacists have always existed in Germany, but since the far right Alternative für Deutschland’s (AfD) dramatic victories in national and state elections over the past two years, right-wing violence has increased substantially. Targets are legitimised, taboos broken and racist slurs normalised in some circles. To eradicate migrants, AfD leader Björn Höcke suggests “well-tempered cruelty” and “a strong broom to clear the pigsty”. Hitler’s extermination of Jews, his belief in an Aryan super race continue to inspire neo Nazis across the world.

From Norway to New Zealand, there is another common trait shared by these xenophobic terrorists: an obsession with conspiracy theories. Tobias believed he was under government surveillance since childhood, blaming this for his inability to have relationships with women.

Conspiracy theory researcher Travis View said the gunman’s rants suggest he was influenced by a hash of paranoid conspiracies, including QAnon, the bizarre right-wing conspiracy theory, which disdains mainstream media, attributes vaccines and viruses to fiendish plots and believes Donald Trump is heroically fighting a satanic “Deep State” that includes Hillary Clinton and Tom Hanks. For its disciples who believe they are custodians of secret knowledge, QAnon is a political cult, imbuing their life with meaning, purpose, entertainment and superiority.

But Tobias also deviated. He believed he masterminded Trump’s policies and slogans. Said View: “That’s not ‘Q’. They think that Trump is a super-genius. They would not be so arrogant to suppose that they could give Trump—God emperor—ideas.” Trump has invited several conspiracy mongers to the White House and retweeted many QAnon posts, giving them lift and legitimacy.

Trump has now appointed his “attack dog”, loyalist Richard Grenell, who was US Ambassador to Germany, as the acting director of National Intelligence. Ambassador Grenell aspired to “empower right-wing forces across Europe.” Meanwhile, German authorities struggle to tackle right-wing extremists—60 of whom threaten public safety and 12,700 oriented toward violence. By belonging to gun clubs, they have legal access to firearms. Most of them do not have a criminal record. Law is lenient. Neo Nazi Franco A. of the German military was arrested for stockpiling weapons and preparing “violent subversion.” But a court released him because there was “insufficient evidence that he had taken a firm decision to attack”.

The authorities have banned the neo Nazi organisation Combat 18 and approved a tougher anti-hate speech bill that increases punishment to three years for online rape and death threats. They seek to compel Facebook to report hate speech on their platform. A basic problem is that experts are unsure whether these xenophobes are terrorists or mentally ill. Seizing upon this dilemma, the AfD claims such killers are psychologically disturbed and not motivated by right-wing ideology. But surveys show that most Germans hold AfD partly responsible for rightwing extremism, which they see as a bigger threat than Muslim fundamentalism.