Do or die is the battle cry of Britain’s new prime minister Boris Johnson. He refers to Brexit, the nation’s biggest crisis since World War II. “We will come out on October the 31st. No ifs, no buts,” he asserts, declaring his war of independence from the European Union.

Brexit has devoured two Tory prime ministers, David Cameron and Theresa May. Will Brexit claim its third victim in a row? Or, will Johnson devour Brexit by delivering it? Or, could there be a third election in three years? It is Britain. No one knows. 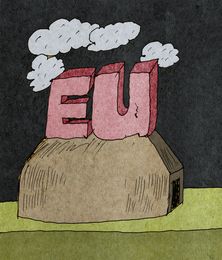 Johnson emblazons his resolve to leave the EU by cramming his cabinet with pro-Brexiteers. He pledges that if he cannot squeeze a better deal from the EU, Britain will crash out without a deal, harming both Britain and the EU. He has created a war ministry to supervise all engines of his government to function, not as an “anchor”, but as a “motor” to deliver Brexit by Halloween. Preparations are to be monitored daily. Experts are unsure if Johnson is dead serious or intends to spook the EU into giving concessions. Unimpressed by Johnson’s “combative” negotiating ploys, the EU is preparing for a painful no-deal Brexit. Says philosopher A.C. Grayling, “Prime Minister Boris Johnson is already in conflict with the EU, his own party back-benchers, the opposition Labour Party. He is in conflict with reality.”

Despite Johnson’s upbeat spin, celebrity and charisma, the ground realities that throttled Theresa May remain. Britain is fractured between pro- and anti-Brexiteers; a no-deal Brexit is costly and chaotic; parliament opposes no-deal Brexit; the ruling, faction-ridden Conservative Party has a wafer-thin majority; and the EU will not renegotiate.

The EU leaders welcome Johnson, as they must the new prime minister of Britain. But he is seen as more gags than gravitas. Johnson described French President Emmanuel Macron as a “jumped-up Napoleon” and said of Irish Prime Minister Leo Varadkar, “Why can’t he be called Murphy like the rest of them?” Comic, but not diplomatic. Johnson says, “Telling jokes is a very effective way of getting a diplomatic message across.” He insists the public “want to hear what we genuinely think”. Many Europeans genuinely think he is a reckless buffoon. When May appointed Johnson as foreign minister, the German Social Democrat Rolf Mützenich retorted, “What next? Dracula as health minister?” Experts wonder how Johnson will govern because he is a bundle of contradictions. As London mayor, Johnson was popular but chaotic, amateurish and idiosyncratic. In a BBC documentary, Johnson, as foreign minister, comes across as unserious, clowning and chattering trivialities. Is it charming or careless when a man tumbles in rivers, forgets his lines, loses his wedding ring at the reception, wears different coloured socks to an official meeting? Johnson is also very clever, and his friends say “a vessel of focused ambition”. His wit, absurd caricatures, self-mockery and carefully cultivated clumsy image is calculated to disarm the opposition. Biographer Harry Mount says Johnson believes it is his “manifest destiny to become prime minister”.

As PM, Johnson strives to please the English countryside and the regions— Scotland, Wales and Northern Ireland—with extra funding. But many who support Brexit oppose his come-what-may, no-deal Brexit. Johnson’s “do or die” is a war cry against the EU, but this celebrated phrase in a poem by Robert Burns actually honours the Scottish war of independence from Britain. The irony is that if a no-deal Brexit happens, history can repeat. The Scots, who prefer to remain in the EU, could wage a “do or die” against Britain.