The rage of conspiracy theories

Populists tend to believe in conspiracy theories. A global survey shows that populists—leaders and supporters—are more inclined to believe that climate change is a hoax, the US staged 9/11, Muslims are invading Europe, Angela Merkel is Adolf Hitler’s secret love child, aliens are in contact with humans and fact-based journalism is fake news. Says Karen Douglas, British social psychologist, “Exposure to conspiracy theories decreases trust in governmental institutions, politicians and scientists.”

Even some educated American parents refute medical evidence to refuse vaccination because they believe it causes autism. The result: the recent measles epidemic, two decades after its eradication. The rejection of vaccines is fuelled by anger against and suspicion of profiteering corporates and elites. 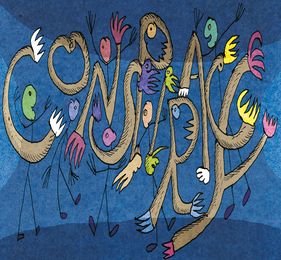 Populism characterises the narrative that the corrupt ruling elite is exploiting ordinary people. The survey, conducted by YouGov-Cambridge Globalism Project and shared exclusively with The Guardian, shows that conspiracy theories fester where corruption thrives—high in Brazil, low in Japan, Canada and Scandinavia, with the US and India in the middle.

Conspiracy-spinning populists account for 15 per cent of the population, rising to almost a third during crises. A 2017 European research reveals this pattern from the time Rome burned down 2,000 years ago. Emperor Nero blamed the Christians; citizens suspected that Nero had masterminded the fires so he could rebuild a new city. In the US, conspiracy theories spiked in the 1890s when people feared Big Business, and in the 1950s when they were afraid of the new enemy: communism.

With populism now surging across the world, conspiracy theories are spiking again. Conspiracies go viral because Twitter, Facebook, YouTube and WhatsApp are the breeding grounds—germinating, spreading and amplifying the conspiracy virus globally.

Another reason for the surge is that political leaders are embracing conspiracy theories. Men like Donald Trump, Vladimir Putin, Brazil’s Jair Bolsonaro and Turkey’s Recep Tayyip Erdogan have fuelled such theories to achieve their political agendas. Says Joseph Uscinski, political scientist, University of Miami, “What is unique about this time is that you have President Trump who is a conspiracy theorist.”

Everyone is susceptible to conspiracy theories. Dutch social psychologist Jan-Willem van Prooijen says the instinct for survival wired all humans to be paranoid. You could be killed if you were not suspicious of movement or strangers. But, conspiracy theorists are more likely to see patterns in random stimuli or infer relationships between unrelated events, says Prooijen. Looking for patterns is normal, even creative, but detecting patterns that do not exist is not. One YouTuber connected California fires with hurricanes, hepatitis A outbreak and the release of the movie Geostorm. His video drew 1.95 lakh viewers.

People who suffer from anxiety, uncertainty, alienation or powerlessness are drawn to conspiracies. It is a coping mechanism, say psychologists, to stresses relating to job, identity, inadequacies, relationships or uprooting. For them, says Douglas, “conspiracy belief may offer an important source of belonging and shared reality”.

Conspiracy theories can have positive outcomes, motivating whistleblowers and investigative journalists. As Douglas says, “History has repeatedly shown that corporate and political elites do conspire against public interests. Conspiracy theories play an important role in bringing their deeds into the light.” The downside is that conspiracy theorists often disregard science, facts, experts and democracy. Through history, the diabolic use of conspiracy theories to manipulate public opinion has led to wars, genocide and societal collapse. There is no vaccine to prevent that.