Alcoholics cannot be satisfied with lemonade. Likewise, jihadists cannot be neutralised by “reforming” Islam. Research exposes the fallacy that a violent version of Islam is what is attracting European youth to terrorism. What we are witnessing is not so much the radicalisation of Islam as the Islamisation of radicalism. A strain of extremism exists in most societies, manifesting itself in different forms (nationalism, communism, separatism) at different times with varying degrees of violence. Europe is no exception with the Red Brigades, Irish and Basque radicalism ravaging the continent in the 1970s and 1980s. Like alcoholics, fanatics will find their poison.

French political scientist Olivier Roy has researched terrorists, especially in France and Belgium, who successfully conducted operations and, more importantly, those who failed, got caught or aborted their plans. A crucial finding: 95 per cent of them did not even go to mosques! They go to Syria not on theological missions or religious pilgrimages seeking paradise and virgins, but because the jihadi narrative fills a void. This is endorsed by another important finding: a quarter are converts and two-thirds are second-generation immigrants. Lack of integration, loss of a sense of belonging, identity crisis, poor education and joblessness nourish radicalisation. Interestingly, Roy found few first- or third-generation immigrants in the terrorists list. The first generation is busy struggling to survive, the third are better integrated, not least because they speak the host country’s language fluently.

Most of the terrorists are young and come from ghetto neighbourhoods. But if that is all it took, or the assumption that youngsters chafing against police mistreatment or racial slurs seek revenge, then there would be millions of Muslim terrorists. Roy points out there are additional distinct and common patterns among these terrorists. Youngsters interested in body building are enticed by Islamic State videos of strong men in Kalashnikovs. The era of “professional terrorists” who came from the Middle East to strike terror in the west have morphed to homegrown terrorists. In the past, they fled after attacking. Now they choose to die. Car bombs have given way to suicide bombings. In one instance, the attacker detonated explosives under his car seat. Clearly, there is a fascination with death. It is not that all who go to Syria want to die. The point is: those who commit acts of terror opt for istishhad or heroic martyrdom. 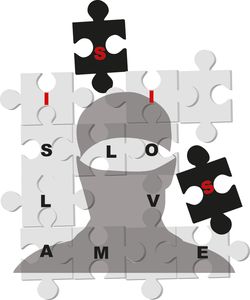 Another interesting pattern: pairs of brothers getting radicalised. In the Paris Bataclan theatre massacre, among the 20 attackers were five pairs of brothers. So not only the internet, but word of mouth, family ties and socialisation, however limited, also contribute to radicalisation. The absence of a strong father figure is a common factor. But intriguingly, a quarter of the terrorists fathered a child in the year preceding the attack.

Another key finding: 50 per cent of the jihadists have a history in petty delinquency. Contrary to public perception, the top recruitment hub is not the mosque but the jail. This is true not only in Europe, but also in Indonesia, the Middle East, Australia and the United States. Al Qaeda leader Abu Musab al-Zarqawi, nicknamed “Shaikh of the slaughterers” for his grisly beheadings, was a lapsed Jordanian Muslim and street hoodlum radicalised in jail by a jihadist ideologue. The Toulouse and Charlie Hebdo attackers in France were petty criminals who used their illicit network to buy weapons with money earned from felony. Prisons also serve as universities of crime where callow terrorists learn from criminals the much-needed tradecraft of planning and executing offences. Many inmates emerge from jails far more dangerous than when they entered. Hundreds of jihadists will be released from European prisons in the next few years. To avert danger, authorities must brew a solution in which a key ingredient is reforming jails, not Islam.