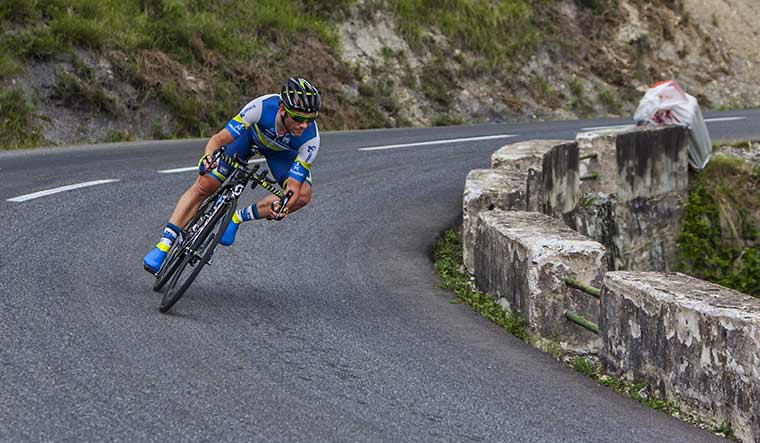 The Tour de France is a test of human endurance, grit, athleticism and death-defying racing, over 21 days of racing and two rest days, spanning a distance of 3,500km. Through wind, rain and whatever else nature throws at you. The riders average a speed of 40kmph, despite climbing an elevation of 69,000ft (yes, you read that correct), more than twice the elevation of Mount Everest. There are no rest stops during days of racing.

The physiology and the changes that the human body undergoes are baffling to us doctors. The riders burn between 5,000-8,000kcal per day, riding an average of 175km/day. The cyclists quickly go through their stored reserve energy (glycogen), and begin consuming their protein, which translates to muscle breakdown. The body enters into a breakdown stage (catabolic), with stress hormones like cortisol steadily increasing. This causes an inflammatory state causing the immune systems to fail, making the athletes susceptible to infection.

Because of the increased stress that the blood cells face, there is increased breakdown of red blood cells that cause a drop in haemoglobin, the vital oxygen-carrying utensil. Through all these changes, the riders who dominate the tour have an inhuman tolerance for pain and suffering, and through all the suffering, a small drop in concentration could mean a crash with loss of limb or life.

The Tour de France has a lot of technical aspects. There are 20-22 teams and each team has eight riders. The rider with the best overall time wins the general classification, characterised by the famous yellow jersey. The two other coveted prizes are the best sprinter (green jersey) and the king of the mountain (polka dot jersey), which goes to the best climber by time. Each team generally has a contender in each of these three competitions, with the rest of the team consisting of riders who are called domestiques (the English translation is servant), who are essentially sacrificial lambs to support the team leader. They take the brunt of the wind, letting their team leader ride in their draft, get nutrition for the team and give up their bikes if there is a mechanical issue.

The teams watch the leaders like hawks, waiting for a lapse in concentration, an illness, any sign of weakness and the attacks begin. The attacks are swift, brutal and ruthless. The winner and runner up, sometimes are separated by seconds; the closest race was in 1989, where Greg le Mond defeated Laurent Fignon by eight seconds after 3,500 kilometres of racing.

The riders have special nutritionists, who calculate their caloric requirements, and work on diets rich in protein and complex carbohydrates. The riders crave sugar as their glycogen storages drop and the nutritionists have to work hard to limit sugar intake as while it takes care of the immediate need it also accelerates inflammation and catabolism in the long run. The riders generally 'go to the bathroom' on the bike, which is not the easiest thing to do with TV cameras and spectators following their every move.

To get to the tour, the average professional rider trains for 30 hours a week, for at least five years. The sprinters can easily be distinguished, by their bulky muscles, and higher proportion of fast twitch muscle fibres meant to generate power. In contrast, the climbers and overall winners weigh less than 65kg and are all lean muscle. They have less mass to drag up the mountains and need less oxygen as opposed to their bulky counterparts.

There is something about humans striving for excellence. You can feel the pain, the perseverance and the anguish as they reach and exceed the line of human endurance. The words of Michael Barry best illustrates this, when he writes in his book Le Metier: “To find the sublime, there is a balance where elements of pain and passion become equal: on a bike, pedalling in the environment, a human being can find divinity.” I think you can find divinity in whatever you do, if there is pain and passion.