The most beautiful woman I have ever seen 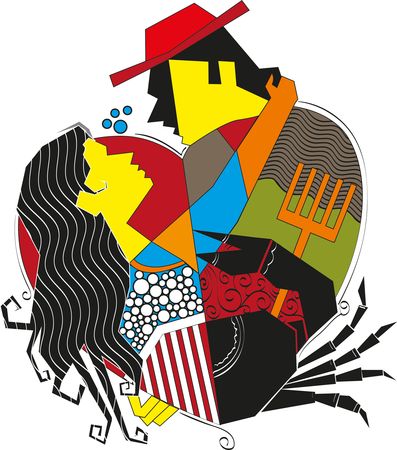 One of the privileges of being a doctor is that you get to meet fascinating people on a daily basis. These are the kind of people who lift you up and inspire you to be a better version of yourself. They tell you their stories, which reveal who they are. In their weak moments, they share their insecurities, their demons, their love and their passions. The relationship is a unique one—you are let in to little parts of their life, and like a puzzle, you have to put them together, till it finally falls into place and the person is revealed.

It was a routine day, and we were headed to lunch break. My nurse practitioner (NP) popped her head in and gave me a rundown on the last patient. Stable, was how she summed it up. “Let's get this done,” I muttered to my medical student, and we went into the room. My NP was right, he was stable. After going through his plan of care, I shook his hand, and as I looked into his eyes, I saw they were filled with tears. There is something about the eyes of people, they seem to talk to you, and I do believe they are the windows to our souls. “You OK?” I paused. He shook his head, “I lost my wife six months ago,” he said. “It has been tough.” I sat down as he went on to tell his story. I am not sure I can do justice to it, but I will try. He spoke in a soft voice, with a southern, Georgian accent. The story is in his words:

“We were married 56 years. I loved that woman with everything I had, every day of my life. One day she came out of the shower, and was towelling herself dry and I told her, 'Honey, I think you might be putting on some weight in your lower belly.' She laughed, and admitted she was having trouble getting into her slacks. That got me a little concerned, and I said she should go see her gynaecologist, and that if she would not, I would make the call. 'Nothing the gym cannot fix,' she retorted. I insisted, and she said she would go to make me happy.

A week later, on the day of the appointment, she called me from the doctor’s office. 'Honey, could you come over to the doctor's office, please?' she asked. I dropped what I was doing and rushed over. She had a mass in her appendix, most likely cancer, which had spread to her entire abdomen.

I first saw her at the library at the University of Georgia, and I thought to myself that she was the most beautiful woman I had ever seen. When I saw that she was about to leave, I ran and opened the door for her and introduced myself. I asked her whether I could help her with her books and give her a ride home. She politely declined, and said she wanted to walk and explore the campus. I did not see her till a year later, when I was asked to chaperone one of the Miss Georgia contestants. I gave my name to the lady at the hostel, and waited for my assigned contestant. I heard her, and I turned around, and there she was—the most beautiful woman I had ever seen. She was the runner-up that night, but I believe we both won. We dated, and subsequently got married. We never argued or fought.

I knew it was a bad diagnosis. I researched the best doctors and sent them all the records. I found the best surgeon by that evening. He was in Maryland. My friend lent me his Learjet, and we were in Maryland that evening. She had surgery within a week. They had to take out half her organs, and she was in a lot of pain. We got back home, and she started getting progressively weaker. She could not keep anything down. I had to carry her to the bathroom, and help her clean up and get dressed. She lost weight, her skin wrinkled. I could not figure out why she was getting worse. I found out later that she knew the surgery was unsuccessful, and she did not want me worried about it. She passed away at home, and she looked like the most beautiful woman I had ever seen.”

“What kind of work do you do?” I whispered, so as not to break the poignancy. “I am a farmer, sir,” he replied. I had grown up on a farm myself, we did not have a car that worked, forget about a Learjet and the best doctors at our disposal. I knew I was dealing with some serious money. “I have a farm with my two brothers,” he continued. “Our office is on the bonnet of an old Ford pickup. We have never fought over anything.” I looked over at my student and NP, they had not moved through the entire story.

I shook his hand again. “You are a lucky man, and your wife was a lucky woman,” I told him. I watched the old man, dressed in old jeans and work boots, shuffle out. His shoulders drooped and he had a bit of a hunch. I found myself tearing up. Now, like most of you, life has beat me up and made me a hardened man. I have been lied to, cheated on, deceived and kicked to the curb, and have quite a cynical outlook. I do not believe in fairy tales, but I believe I just wrote one.