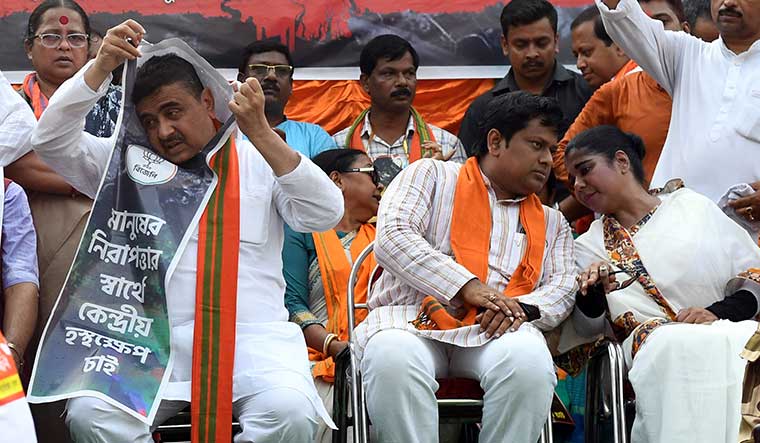 Last year, soon after the results of the assembly elections in West Bengal were out, state BJP president Dilip Ghosh was held liable for his party’s poor show. Ghosh, in turn, blamed scores of Trinamool leaders who had defected to the BJP in the run-up to the elections. He said he had not wanted Trinamool defectors to be part of the BJP.

“He told [BJP national president J.P.] Nadda ji and [national general secretary B.L.] Santhosh ji to not be so mesmerised by newcomers from Trinamool,” said a leader close to Ghosh. “But they did not understand the severity of the problem. We would have come to power had we relied upon our own leaders and workers.”

But, as the BJP’s national leadership saw it, poaching from the Trinamool was a “political necessity” to attract various communities in the state and ensure the party’s all-round growth. But, the results and their aftermath vindicated Ghosh―many defectors went back to the Trinamool in the months following the polls.

But, within the BJP, Ghosh could not see the writing on the wall. In September last year, Ghosh was removed as state BJP president months before he could complete his term. His noncooperation with Trinamool defectors and open criticism of their entry into the BJP were cited as reasons.

Ghosh had been state BJP president since 2015. Mindful of the fact that he had helped build the party from scratch in Bengal, Nadda and Santhosh had sounded out Ghosh on choosing a successor. He had recommended Sukanta Majumdar, Balurghat MP and his confidant. But what Ghosh could not foresee was that Majumdar would be made president even before his tenure ended.

Majumdar now coordinates electoral strategies with Amitava Chakraborty, general secretary in charge of the BJP organisation in Bengal. Chakraborty is tasked with maintaining the synergy between the RSS and the BJP at the state level―much like Santhosh does at the national level. He never had a cordial relationship with Ghosh; in fact, he replaced Ghosh’s ally Subrata Chattopadhyay in the run-up to the 2021 polls. Like Ghosh, Chattopadhyay had also opposed the entry of Trinamool defectors into the BJP. He was asked to step down soon after he alleged that Suvendu Adhikari, former Trinamool minister who joined the BJP, was involved in the Narada sting operation scandal.

Now, with a number of Trinamool turncoats having returned to their parent party, the RSS has done a course correction: it has appointed Chattopadhyay as head of the RSS organisation in the state’s eastern region. Ghosh, who is the BJP’s national vice president in charge of eight states, has been made part of the BJP’s core commitee in West Bengal.

Fashion designer Agnimitra Paul, who won from Asansol South last year, has become the BJP’s most prominent woman leader in Bengal. She replaced actor-turned-politician Locket Chatterjee, who lost the assembly polls from Chunchura, as head of the Mahila Morcha. After Chatterjee made her displeasure known, she was appointed state general secretary and was given charge of the party in Uttarakhand. Trinamool leaders have been making overtures to her, but she has vowed not to quit the BJP.

Another prominent woman leader who is unhappy with the state leadership is Roopa Ganguly, whose tenure as Rajya Sabha member ended in April. Known for her rivalry with Chatterjee, Ganguly has accused the party’s state leadership of “resorting to dirty politics”. She recently met Trinamool general secretary Kunal Ghosh at her residence in Kolkata. 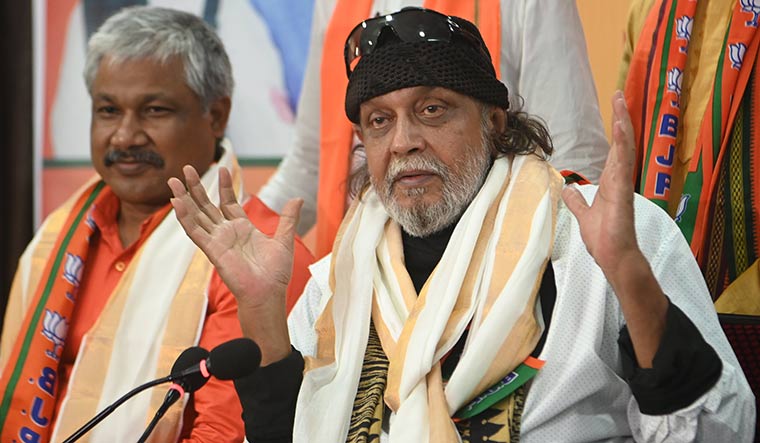 With Paul, Chatterjee and Ganguly at odds with each other, the BJP leadership is facing a difficult situation. It also does not help that ties between Majumdar and Ghosh―who maintains good relations with both Chatterjee and Ganguly―have become frosty. Recently, after Majumdar failed to invite Ghosh to an important party meeting, Ghosh said “the new president” had still not understood the “proper process” of running the party.

When Amit Shah was the BJP’s national president, Ghosh had full control of the party’s West Bengal unit. Even Subrata Chattopadhyay used to follow Ghosh’s advice while suggesting changes to Ram Lal, who for 13 years was national general secretary in charge of organisation.

With Santhosh having replaced Lal, equations in the BJP have drastically changed. Apparently, Santhosh’s suggestions carry more weight than Nadda’s in party affairs. “Santhosh ji draws up roadmaps by giving long speeches at party meetings. Nadda just concludes the meetings with short speeches. It has become the norm these days,” said a senior BJP leader.

Apart from Ghosh, the BJP’s national secretary Anupam Hazra has also come out against Majumdar’s leadership. Recently, he publicly criticised Majumdar for not informing him while leading a rally in his hometown, Birbhum.

Nadda and Santhosh appear to be clueless about how to solve the leadership tussle. A senior leader pointed out that even though Santhosh has brought in many changes in the party―such as opening a ‘research team’ in each state and giving more responsibilities to young and educated leaders―he is not in the habit of giving a patient hearing to visitors. “Many leaders do not even get appointments in Delhi,” said the leader. “He tells them through his secretaries that they should go back to their states and work hard. Ram Lal ji was the opposite. He used to listen to everyone, and that is the reason he created a successful election machinery.”

That the party’s national leadership is struggling to steer state leaders in the right direction became clear when it withdrew Kailash Vijayvargiya and Arvind Menon as in-charges of Bengal early this year. Menon has been deputed to Telangana, while Vijayvargiya is expected to be tasked with coordinating the campaign for Gujarat and Madhya Pradesh polls. With the Lok Sabha polls drawing close, the party will have to try hard to match its performance in 2019, when it bagged 18 of 42 seats in West Bengal, riding on the campaign led by Prime Minister Narendra Modi. 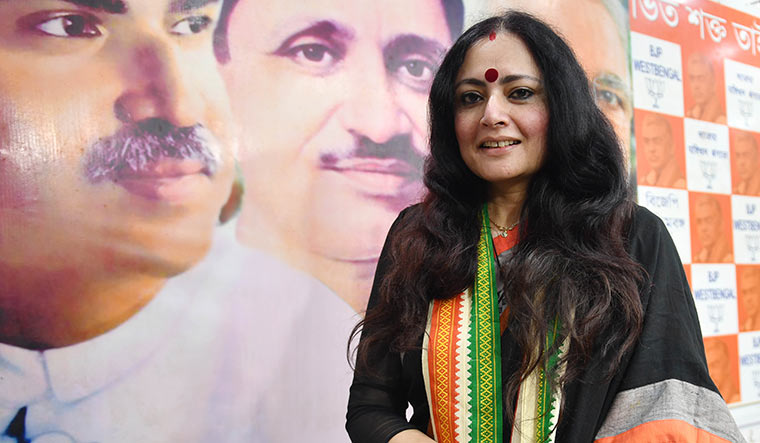 In August, Nadda gave the charge of West Bengal to Sunil Bansal, who also coordinates party affairs in Uttar Pradesh. But, after holding a meeting in Kolkata, Bansal recommended that the party appoint a full-time in-charge who would solely focus on Bengal. Nadda and Santhosh then decided to appoint three: Mangal Pandey, former president of the BJP’s Bihar unit; Alka Lakra, party leader from Jharkhand; and Amit Malviya, national convener of the party’s IT cell.

“Pandey is a good leader, but he would require great experience to address issues in Bengal,” said a state party leader. “The appointment of the Jharkhand leader as one of the in-charges is an indication that the party is eyeing seats in the western part bordering Bihar and Jharkhand. It has no plan for south Bengal.”

Senior BJP leaders in Delhi said the party, especially Santhosh, is betting big on two leaders―Mithun Chakraborty and Jagannath Chattopadhyay. Chakraborty, 72, has long been well-versed in Bengal politics and is now the party’s national secretary. A journalist-turned-politician, Chattopadhyay, 43, is a strategist with deep connections in Bengal’s administrative sphere. He has been appointed as state general secretary.

“There are 38 Trinamool leaders who are in direct contact with me,” Chakraborty recently said. “There will be many more. Just wait and watch.”