Tamil Nadu is not a freebie state 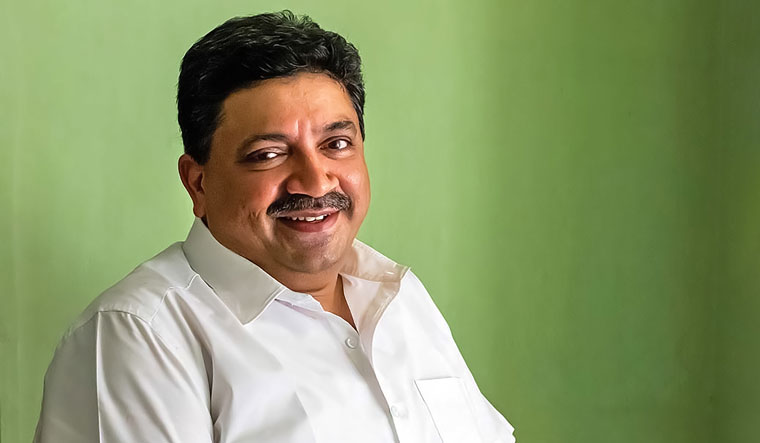 Tamil Nadu Finance Minister P.T.R. Palanivel Thiagarajan has an unenviable task at hand—fixing the state’s finances without compromising on welfare programmes. He seems up to it. Recently the state constituted an economic advisory council with renowned economists Raghuram Rajan, Jean Dreze, Esther Duflo, Arvind Subramanian and S. Narayan for working out special welfare schemes while giving more attention to the state’s revenues. In an exclusive interview with THE WEEK, Thiagarajan elaborates on the state’s finances, the hidden debts and the flaws of GST.

Q/ What prompted the formation of the economic advisory council and how did you rope in the economists?

A/ Chief Minister M.K. Stalin [had been talking about it] after the 2019 Lok Sabha elections. It was very clear to me that we were going to win in 2021. But I was worried about what happens after that. Because we had been out of power for 10 years. Neither did we have that experience nor the connect with the IAS and IPS officers. I thought it was an uphill task. So, right then, I mentioned to the chief minister [Stalin] that we get as many inputs as possible.

As soon as we won, he called me and asked me to get the panel in place. He personally approved the names. I must say that I hadn’t known [former finance secretary] S. Narayan before. One way or the other I was in touch with the other four because of my fan acquaintance with them. I reached out to them directly. Raghuram Rajan and Arvind Subramanian instantaneously said yes. We were very keen on getting Jean Drèze in the panel, because of his understanding of granular data-based reality and, of course, he is the architect of MNREGA. Rajan understands market credibility and market feel. Then you should also balance the panel with Arvind Subramanian. Ester Duflo has been working on and off with the Tamil Nadu government.

Q/ You had been saying that Tamil Nadu is in huge debts and there are hidden debts.

A/ Let us talk quantitatively. The state government in its revised estimates announced that the debt is Rs4.85 lakh crore. In 2006, when the DMK government came to power, the debt was about Rs58,000 crore. It was only Rs1.01 lakh crore when we left office in 2011. Let us talk in absolute terms. It has gone above five times [from 2011 to 2021]. I say five times because the government’s revised estimates and personal accounts vary by 20 to 30 per cent.

When they talk about debts, they only talk about public debts. They don’t talk about the total liabilities of the state. This is the problem with the way the accounting system is designed. For example, we all know that there are the so-called off-balance-sheet debts of TNEB and Tamil Nadu State Transport Corporation. These are ultimately the liabilities of the government, held in PSUs. There is a lot more to it. As you saw in Delhi, the Union government was hiding a lot of its borrowings from the Food Corporation of India and others. Or liquidating cash reserves in big entities like ONGC or Indian Oil and taking them and using that to fudge the numbers. Of course, it is still not debt, it is taking cash.

Q/ How do you differentiate between freebies and social investment?

A/ The word freebie itself is wrong. You say I choose to give a product without cost. Some people choose to give rice, some to give gas cylinders, some free noon meal scheme or televisions. Freebie is a wrong word because it is intended to bribe people or intended to buy a vote, intended to change their political standing. Freebies are irrelevant. The free noon meal scheme is not a freebie. In fact, we are the forerunners in giving free breakfast in schools. Those were the ways of enticing them to send children to school, and then it expanded to noon meal during the M.G. Ramachandran regime; Kalaignar (M. Karunanidhi) gave eggs in addition to lunch to increase their protein [intake]. Other states and countries are trying to emulate this. So that is not a freebie. In accounting terms, it is revenue expenditure. But in impact terms, it is capital investment in human beings.

Free cycles, free laptops—that is investing in the future. For the state, it is revenue expenditure, for them, it is capital investment. They have got a capital infusion from the state government. Then there are the insurance schemes and the marriage assistance, which, in fact, Jayalalithaa expanded. [These] are risk management programmes. Most people do not have money and borrow at high interest rates. Pregnant mothers and new mothers get a kit; we call them social investment. Then there is the 100 days employment, from which we get returns in some way. All those schemes together are much less than we spend on salaries, pensions and interest payments.

Salaries and interest payments take away almost 100 per cent of the state’s own revenues. So we have to wait for our share of Central payments and grants and schemes. With that, we do capital investments and construction of projects. These spendings do not hamper our finances. But it makes our state better and more liveable with a brighter future.

For instance, the free colour television scheme. I realised that there was a much deeper social value to this. It broke the difference in social strata and it was actually a social equaliser. Kalaignar was actually thinking about this.

Q/ In the 43rd GST Council meeting, you said there were many flaws in the goods and services tax.

A/ I am not the first one to say that the GST policy is flawed. This was the 43rd GST council meeting and, the DMK was representing Tamil Nadu in the council for the first time. It is not just me who had opposed it. Amit Mitra of West Bengal, Manpreet Singh Badal from Punjab and the finance minister of Chhattisgarh (Chief Minister Bhupesh Baghel handles the portfolio) had been opposing it, saying that the risks were high and rewards were less. That has come true. The problem with the GST system is that some of it is good and some of it is designed badly. For instance, we are against one state one vote. There is a lot of inertia and the accidental thing will become a norm later, which we do not want. As I said, I registered our opposition to the fundamental flaws in the system using the opportunity given to me.

Q/ Do you think the Centre will fix it?

A/ I don’t know. But I can say that even the BJP-ruled states have started to be a bit more open. I don’t understand how a state government just for its political unity can give up the welfare of its own people. I always wonder about this contradiction. For instance, the BJP is pro-beef in Goa and the northeast, but anti-beef in Uttar Pradesh and Madhya Pradesh. But, now I feel in the GST Council, too, there is a slight variation in the [attitude of] BJP-ruled states.