Income generation and industrialisation are key for Bengal to survive

Interview/ Ashok Lahiri, BJP candidate from Balurghat and former CEA to the Centre 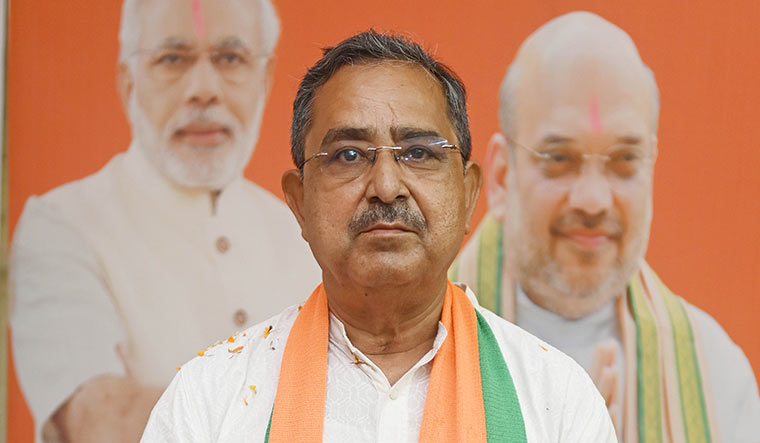 HAVING SERVED PRIME ministers Atal Bihari Vajpayee and Manmohan Singh as chief economic adviser, Ashok Lahiri has now taken the political plunge. A member of the 15th Finance Commission, Lahiri was originally supposed to contest from the Alipurduar seat in North Bengal. However, after opposition from local BJP leaders, the party’s central leadership shifted Lahiri to Balurghat, the place his mother grew up in.

While the BJP has kept Bengalis guessing about its chief minister candidate, the state-level leadership has hinted that Lahiri could be their next finance minister. Excerpts from an interview:

You are an economist, policymaker and banker. But most people do not know that you are also a psephologist. What is your take on the Bengal elections?

People hardly know what goes on. I have some knowledge about the polls, but I never realised it is such a hard job. My candidature has made me understand this.

What do you mean?

In the past, policymakers like me used to blame politicians for not doing enough. That they did not fulfil promises. But they represent the electorate. Like [former US president] Barack Obama said, “You get the politicians you deserve.” So, the politician cannot do something that his people will revolt against.

You said you have taken many things from Bengal and would now like to repay the state. What do you want to give back?

Same story. If we take industry, not construction and electricity, but manufacturing, then Bengal’s position has declined. Not all parameters have declined, but for me, per capita income and industrialisation of such a big state, with such a dense population, should have been the priority.

But land is an issue.

Yes, it is. But there are solutions. We must understand that having industries is not a choice, but a compulsion.

But the left government had tried to acquire land for industrialisation.

I appreciate that the leftists tried to industrialise Bengal. But their methods were wrong. There has to be a win-win situation for farmers.

The state government says that only barren land should be used for industries.

If you believe that argument, then industries will come up only in the Thar Desert. Industries must come up in coastal areas. Our state government should have done land pooling long ago.

What do you propose?

Bengal is a coastal state without a modern, state-of-the-art port. We have a riverine port in Kolkata. But now the river is so silted that tankers cannot come. So, you need a deep sea port. The Centre’s Sagarmala project has already proposed something on those lines. We need to take that up on a war footing.

So building better connectivity is important.

Yes. South and North Bengal need better connectivity. Just 570km between Kolkata and Siliguri takes about 14 hours by road. Mumbai to Ahmedabad, with the same distance, takes only 10 hours. Transporting goods has to be cheaper.

What do you think of the education system in the state?

It is pathetic. In education, Bengal was a pioneer. The first president (Rajendra Prasad) studied in my college (Presidency College in Kolkata). I do not understand why Bengal lost its great position.

Also, in terms of health, there is so much degradation. Bengalis go to Bhubaneswar for treatment. I blame the law and order situation for this.

But the state government says that Bengal has the highest rate of economic growth in the country.

If it is so, then Bengal should have improved the economy of the state in a massive way, and per capita income and other parameters would have increased a lot. I do not say that I subscribe to all the arguments against Bengal, but questions have been raised about Bengal’s growth story.

Lack of jobs is a crisis in many states, including Bengal.

Everyone wants government jobs because private jobs are not available. The Bengal government spends two-thirds of its budget on wages, salary, pensions and interests. So, [there] is no employment generation. We need to change this.

But the state government says it does not have enough money.

You should ask the state finance minister (Amit Mitra) this question. I do not have all the answers. But there are always ways. Bengal’s GST (Goods and Services Tax) earnings are not bad. We have many options, particularly for the state and the local government. State excise is a possibility. Property tax and water charges are two areas. But I agree that they are not popular steps.

Have you spoken to your friend, Amit Mitra, after getting the ticket?

No, I have not spoken to Amit da.

What do you expect him to say?

Well, I do not know. He might be surprised that I joined politics.

He said that I had made him join politics, and I should follow the same path. I laughed at the idea [at the time]. Because I am a professional and I looked at it from that direction. Now, what would he tell me?