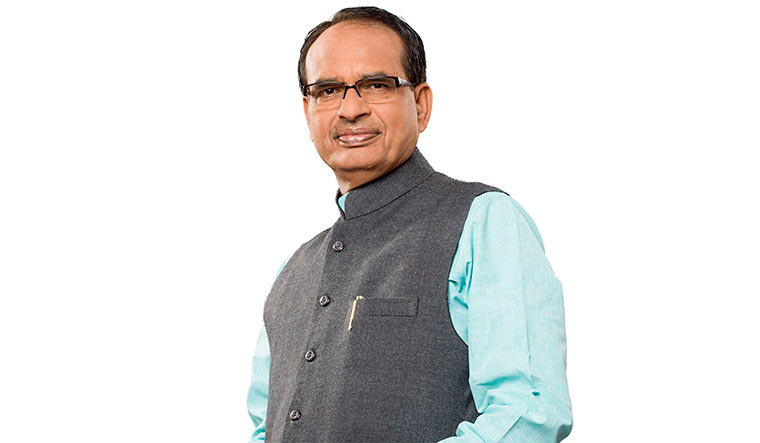 Q/ What has been your biggest point of satisfaction during the past year?

A/ We took over the responsibility of the state amid the Covid-19 crisis. Today, the biggest point of satisfaction is that we, along with our frontline workers and the people of Madhya Pradesh, faced the situation with courage and confidence and emerged as winners. Even in such times, the state achieved number one position in wheat procurement in the country. The ‘anti-mafia’ campaign for the safety and security of the common man and focus on developing the roadmap for an ‘Atmanirbhar MP’ are some of the significant works we did during this period. We are happy that we were able to survive and sustain the welfare and development of the state during these trying times.

Q/ What will be your focus in the remaining 2.5 years of your government’s term?

A/ Prime Minister Narendra Modi has given the mantra of atmanirbharta (self-reliance), which is a great vision for new India. Our biggest focus now is to transform Madhya Pradesh into one of the most emerging and developed states of the country. Amid the Covid-19 crisis, the state has successfully started working in this direction, and soon everyone will witness this transformation.

We want Madhya Pradesh to be a state that works on the principle of good governance, is free from crime, where our youth, especially our daughters, can move freely and get opportunities to explore their future in a more positive environment…and where farmers have a smile on their faces. Making a new, prosperous and atmanirbhar Madhya Pradesh is our primary goal and dream.

Q/ Despite repeated efforts, the state is not seeing many big investments. What are the steps being taken?

A/ We are firmly moving towards making Madhya Pradesh the preferred investment destination. Various initiatives have been taken towards this:

■ We are moving towards achieving investments worth Rs10,000 crore. The same will generate over 30,000 employment opportunities.

■ We improved our Ease of Doing Business (EoDB) ranking by three places, to be placed fourth in India in the joint report of Department for Promotion of Industry and Internal Trade (DPIIT), government of India (GoI) and World Bank in September 2020. We are top in the western region, ahead of some of the industrially advanced states of the region.

■ More than 40 services related to opening new industries have been brought under the umbrella of deemed approval. We are offering instant approval for 15 services, 15-day approval for about 20 services and 30 days for the rest.

■ (National Investment Promotion and Facilitation Agency of India has rated) MP Industrial Development Corporation, our single-window agency, as a top-performing investment promotion agency. We secured 97 per cent on the overall parameters.

■ Last year, GoI allowed additional borrowing of 2 per cent of GSDP post compliance of certain EoDB reforms. Madhya Pradesh has been among the first five states to avail the additional borrowing limit of Rs2,373 crore for the successful implementation of reforms proposed by GoI.

■ During the pandemic, we helped industries restart and provided support for movement of raw materials and finished goods. Labour laws were reformed to (promote growth of) the industrial ecosystem in the state.

Q/ The state government supported the new farm laws, but there have been several cases of traders cheating farmers in open market. Even a relative of the state agriculture minister was duped.

A/ The new farm laws are very beneficial for farmers and will bring revolutionary changes in their lives. The farmers of Madhya Pradesh are (convinced of) this fact. There is no farmer agitation in the state. As far as cheating is concerned, action has been taken against those guilty in all cases.

Q/ You have issued a strict crackdown on crimes against women and different mafia. Yet, these crimes continue unabated.

A/ Madhya Pradesh Police is working actively in this regard…. No organised mafia or culprits [in crimes] against women will be spared. We want to create a better environment where ‘rule of law’ is supreme.... It is also the duty of society to be active and responsible for the safety of women. We have launched the ‘Samman Abhiyaan’ for creating awareness about women’s safety. We also launched ‘Operation Muskan’ to ensure safety of our young girls and boys. Under this operation, 2,444 minor girls and 266 minor boys (who were missing) have been found and sent back to their families.

Also, action has been taken against more than 1,500 land mafia agents; government land, with an estimated value of Rs8,800 crore, has been freed from their possession. More than 52,000 victims of chit-fund fraud have been issued refunds worth Rs7,200 crore. More than 172 FIRs have been lodged against those involved in adulteration. People of Madhya Pradesh have welcomed these steps.

Q/ Unemployment continues to be a major issue.

A/ We have already started recruitment for vacancies in the government sector. We are creating opportunities for both skilled and unskilled candidates. The rural employment scheme for labourers has been initiated. Covid-19 left many people unemployed; the Rozgar Setu portal is for them. Our career fairs have benefited around 1.44 lakh persons. Tourism is an emerging sector and we are focused on its development. We managed to generate livelihood and job opportunities for around 20,000 beneficiaries.

Q/ People say you have become a hardliner, aggressive in this term.

A/ This is not a common man’s perception. It is the media’s perception, and it is not new. I have always fought unethical and illegal practices. My attitude towards the mafia was same in the previous tenures. This time I am stricter because middlemen and mafia were nurtured during the short Congress tenure. And they have to be discouraged for the betterment of the state. The Freedom of Religion law (commonly referred to as the anti-love jihad law) is part of the ‘Beti Bachao’ campaign for us and we are committed to ensuring the safety of women in every way.

Q/ There is also a perception that you are imitating the Uttar Pradesh chief minister in your decisions and actions?

A/ Again, this may be your perception and not the people’s perception. The people of my state have a different view about me. Every individual has his own working style. I am Shivraj Singh Chouhan and I have my own ways of working. They are like God to me and I am their servant.

Q/ The BJP formed a government within one and a half years of losing the elections in 2018. Would anti-incumbency become a factor again in 2023?

A/ Even during the 2018 elections, there was no such thing as anti-incumbency, I feel. We got more vote share than the Congress. Also, we have initiated so many development works, and people are well aware of it. That is the reason why people trusted us again.

Q/ Forthcoming local body elections are being looked up on as semi-finals for the 2023 assembly polls. Will the BJP repeat its performance?

A/ Of course. The BJP is a disciplined, well-organised and dedicated party whose focus is to be always ready when it comes to serving the country and its people. I am sure that we will get the love and support of our people in the upcoming local body elections.

Q/ Despite the bypoll victory, do you feel there is discontent among a section of party leaders about the preference for ex-Congress leaders in the BJP?

A/ As I said, the BJP is a disciplined party and organisation. We perform together as a unit. It is a big family and decisions are taken encompassing all opinions, listening to everyone and on the basis of wide consultations. All our party members are well aware of this culture and they also perform and act accordingly.

A/ Why not? The battle between political people should never be personal. It is a conflict of ideologies, not identities. Kamal Nath ji is a senior politician…. Whenever we meet, we have an exchange of thought on many issues.

Q/ Though it is too early to ask, do you think you will be the chief ministerial candidate in 2023?

A/ These are party-related matters and party decides about them. My only focus is the betterment of my state and people…. I believe in giving 100 per cent to the present because your future is decided by your present.