Sasikala could reclaim her position if AIADMK loses elections 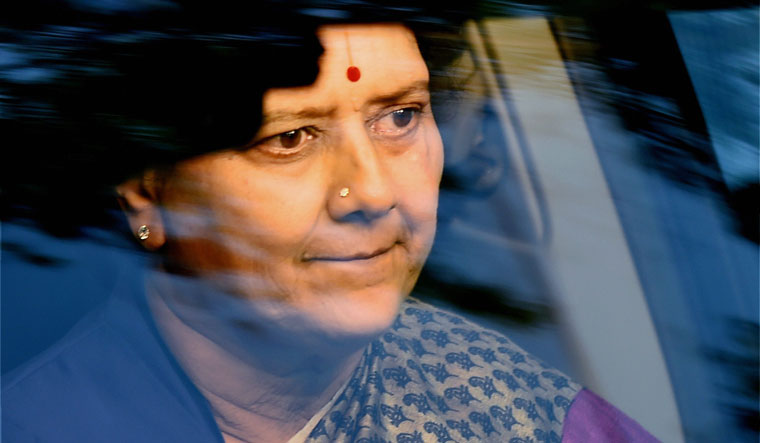 Taking a break: Family disputes, legal woes and pressure from Delhi have forced Sasikala to step away from active politics | PTI

On February 27, as Union Home Minister Amit Shah held an exhaustive meeting with Chief Minister Edappadi K. Palaniswami and Deputy Chief Minister O. Panneerselvam in the presence of BJP national general secretary (organisation) B.L. Santhosh in a luxury hotel in Chennai, senior leaders of the AIADMK were waiting outside anxiously. The discussions, which were focused on the return of ousted party general secretary V.K. Sasikala, went on till around 4am. Soon after the meeting got over, Shah left for Delhi.

In a meeting with their colleagues in the morning, Palaniswami and Panneerselvam said Shah wanted Sasikala to be part of the AIADMK-BJP alliance. “He said her influence would be decisive in at least 65 constituencies in southern Tamil Nadu,” a senior AIADMK leader told THE WEEK. The meeting discussed the pros and cons of bringing Sasikala back, and the leaders were understandably jittery.

Sasikala herself ended the suspense three days later by announcing her decision to withdraw from active politics. In a two-page letter, she appealed to AIADMK workers to work hard and ensure the continuity of the “golden rule” of former chief minister J. Jayalalithaa. “Defeating the DMK, the evil force, should be the main aim of all obedient cadre of Amma’s party,” she wrote.

Sasikala’s sudden decision to stay away from active politics has baffled observers. Even when she was serving time in a Bengaluru prison on corruption charges, she had indicated that she would not give up politics. After she was released from jail, she made a triumphant return to Chennai in Jayalalithaa’s favourite Toyota Land Cruiser, flying the AIADMK flag despite legal challenges mounted by the party. The journey, which normally takes around seven hours, took twice the time as tens of thousands of supporters lined up to receive her. “I will get into active politics,” Sasikala had assured her supporters. Later, while commemorating Jayalalithaa’s birthday on February 24, she said she would soon reveal her political plans. The television channel Jaya TV, which is controlled by Sasiakla’s family, was all set to cover her election campaign, and campaign vehicles used by Jayalalithaa were being refurbished for Sasikala.

But a week later came the surprise announcement of her stepping aside. Even T.T.V. Dhinakaran, Sasikala’s nephew and head of the Amma Makkal Munnetra Kazhagam, a breakaway faction of the AIADMK, did not see it coming. “I tried convincing her. I am shocked,” said Dhinakaran.

A section of the AIADMK and some of Sasikala’s family members, however, feel that the decision was not surprising. Sasikala has been feeling abandoned as there is no real support from the family. Only Dhinakaran and his brother-in-law S. Venkatesh accompanied her from Bengaluru to Chennai. According to sources, Sasikala’s late husband M. Natarajan’s family does not want her to get back to active politics. Before his death in 2018, Natarajan had made it clear that he did not want Sasikala to go against the wishes of the BJP and the Central government. He was also concerned about the legal tangles she had inherited after Jayalalithaa’s death. Natarajan’s last message to Sasikala was conveyed to her by his brother Ramachandran. Her brother Divakaran, too, is against her return to politics, as he thinks it will take a toll on her personal life.

A highly-placed source close to Sasikala’s family said internal disputes within the family, potential legal cases and persuasion from a senior leader of a national party made her stay out of politics for the time being. One particular case under the Prevention of Money Laundering Act regarding the purchase of properties worth over Rs1,200 crore using demonetised currency could result in yet another jail term, according to sources. Moreover, Sasikala does not seem motivated enough to go through the tough grind of cutthroat politics. 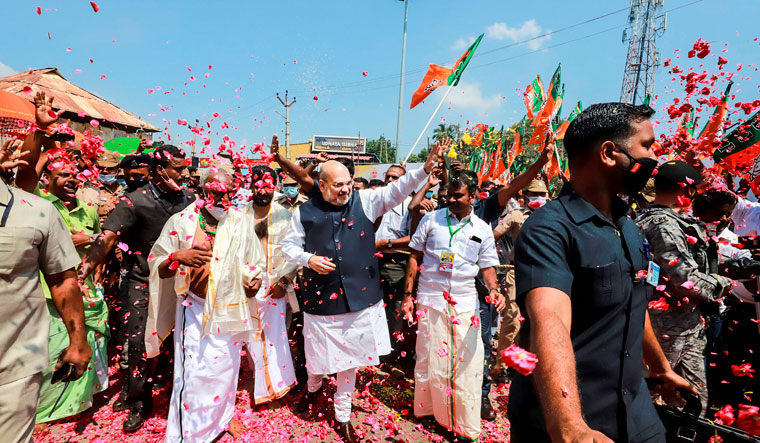 The AIADMK leadership is adamant about keeping Sasikala out of the party. During Shah’s closed-door meeting in Chennai, both Palaniswami and Panneerselvam refused to budge on the issue. It was after this that the BJP repeatedly leaned on Sasikala to help resolve the crisis. “Sasikala agreed. She was told that she could reclaim her position after the elections,” said a senior AIADMK leader. So, while Sasikala has given up the fight for now, her future plans depend on the results of the upcoming elections.

Sources said the negotiations with Sasikala were carried out by a senior leader of a national party through an emissary. The leader, who is close to the party high command, has been part of political negotiations in Tamil Nadu even during Jayalalithaa’s days. In 2017, when Sasikala tried to take over the government and the party, he had warned her of the legal woes she could face. This time, too, he told her about the impending legal troubles. He spent five days in Chennai and left for Delhi on March 3 after Sasikala released her statement.

The biggest loser from the unexpected twist seems to be Dhinakaran. Of the 18 MLAs who quit the AIADMK and joined him, 15 are likely to return and are expected to contest the assembly elections on AIADMK tickets. (Two of them joined the DMK and one died.) AIADMK leaders and workers who were expelled recently for supporting Sasikala are also likely to be taken back. “Dhinakaran was expecting the BJP to mediate for the merger of the AIADMK and the AMMK. But it did not happen,” said D. Jayakumar, AIADMK spokesperson and fisheries minister. “The BJP made no such proposal to us. Dhinakaran will not be taken into the party.”

There is, however, concern that Sasikala’s withdrawal would antagonise her supporters. “Palaniswami has betrayed Sasikala. We all know what happened inside the Koovathur resort [in February 2017 during the power struggle between AIADMK factions led by Sasikala and Panneerselvam]. Every AIADMK MLA promised to stay loyal to her. They made promises by lighting a lamp in front of Amma’s photo. Now Palaniswami has betrayed her and the Thevar community,” said Karunaas, leader of the Mukkulathor Pulipadai, which used to be an alliance partner of the AIADMK. Karunaas, who represents the Thiruvadanai constituency in the assembly, was brought into the alliance by Sasikala to woo the Thevar community. He said by giving 10.5 per cent reservation to the Vanniyars, Palaniswami had angered the Thevars. “Amma had at least six Thevar ministers in her cabinet. Now the government is filled with Gounders.” He quit the alliance on March 7.

Two days after Sasikala’s withdrawal, the AIADMK finalised its alliance with the BJP, which has been given 20 assembly seats and the Kanyakumari Lok Sabha seat. “We will continue to be in power and once again bring back Amma’s government in Tamil Nadu,” said Jayakumar.

Dhinakaran, meanwhile, has announced an alliance with Asaduddin Owaisi’s All India Majlis-e-Ittehadul Muslimeen. As per the agreement, the AIMIM has been allotted Vaniyambadi, Krishnagiri and Sankarapuram, which have significant Muslim presence. Dhinakaran said the AMMK would contest all 234 constituencies. “The people of Tamil Nadu will vote for us,” said Dhinakaran, who is likely to contest from his R.K. Nagar seat and also from one of the constituencies in the Theni region. “We are aiming to establish Amma rule in this elections. We are definitely going to win.”