People are impatient for change 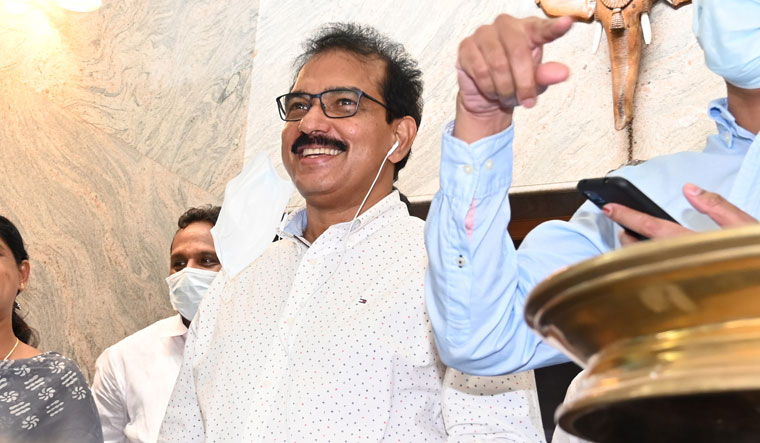 Q/How would you explain the Twenty 20’s impressive performance?

Q/How will you explain the financial model?

A/There is no magic. We achieved it through financial discipline and long-term vision. Also, it is important to weed out corruption from the system. If all the above three are there, Kizhakkambalam model can be emulated by anyone. The CSR funds helped in running the food security mission, which ensures that our people get quality food at a discounted rate.

Q/Women seem to be the torchbearers of Twenty 20.

A/Yes. All our panchayat presidents are women, and nearly 70 per cent of our voters are women. They are the ones who prioritise their families before anything. While men can be easily swayed by many things, including politics, nothing is more important for women than the welfare of the family. They vote Twenty 20 because they know that our party will ensure high quality food in their kitchen and a much better living standard.

Q/There are allegations that you floated a party to protect your company from government interventions.

A/If I had anything to cover up, do you think I would dare to take on the political parties ruling the state. By logic, any businessman will only try to buy the politicians, which is far easier than fighting them. My adversaries are national parties and it would not have been possible if my slate was not clean.

Q/Will any of the panchayats ruled by the Twenty 20 go against Sabu M. Jacob?

A/Panchayats no longer have the powers they used to have to intervene in any business initiative. So there is no conflict of interest. Yes, I may have a greater say in all the decisions, but I rarely intervene unless it is absolutely necessary. I believe in collective decision making, but I will ensure that what we have promised is delivered.

Q/If Mukesh Ambani or Gautam Adani forms a political party, will you vote for it?

A/Why not? I cast my vote depending on the person’s intentions and not by his background. Being a businessman does not stop anyone from entering politics. If I feel that a party is good for me and my country, I will definitely vote.