Government is committed to conservation of Upper Lake 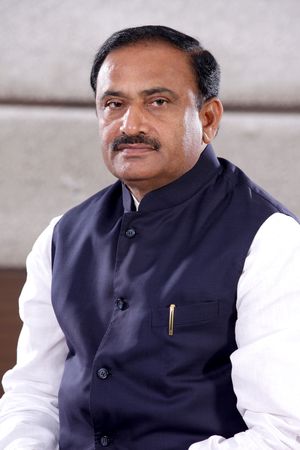 Q/What is the government doing to tackle encroachments, flow of untreated sewage water and drying up of feeder rivulets to the Upper Lake?

A/Demarcation of full tank level of the Upper Lake has been completed. The Bhopal district administration and the Bhopal Municipal Corporation regularly undertake anti-encroachment drive around the lake. We will ensure that such drives are taken up more stringently. Steps are being taken to ensure that sewage does not flow into the lake. A sewage project is underway in the city, which will prove beneficial for the lake.

A/As per the rules, a public hearing has been conducted on the draft BDP 2031. Further process according to the rules is underway. The government will approve the plan only after looking into the pros and cons. If there are any objections to the draft plan, then they would be redressed keeping in mind the conservation of the lake.

Q/The Upper Lake is a wetland, a Ramsar site and is home to many birds and other life forms. But the conservation efforts do not match up to its importance.

A/The Wetlands (Conservation and Management) Rules, 2017, have been notified under the Environment (Protection) Act, 1986. The draft BDP 2031 will be reviewed in the context that the Upper Lake is also part of the Bhoj wetland. Provisions will be made in the draft plan for the wetland area according to the advice of the Madhya Pradesh State Wetland Authority.

Q/According to a draft report by the CEPT University in Ahmedabad, the lake might cease to exist in 200 years without proper conservation. Will the government take remedial steps?

A/All steps will be taken to conserve the Upper Lake, and wherever necessary, provisions will be made in the rules. The government has already initiated steps in this regard. Experts have been nominated on the State Wetland Authority from the fields of hydrology, fisheries, wetland ecosystem, landscape planning, socio-economy and other co-opted members. The conservation plans will be taken up with their guidance only.

Q/What other steps does the government propose for conservation of the Upper Lake?

A/As of now, the BDP 2031 has not been approved. The state government is committed to conservation of the Upper Lake. The chief minister has also accorded priority to lake conservation. All factors will be taken into consideration before approving the BDP draft.