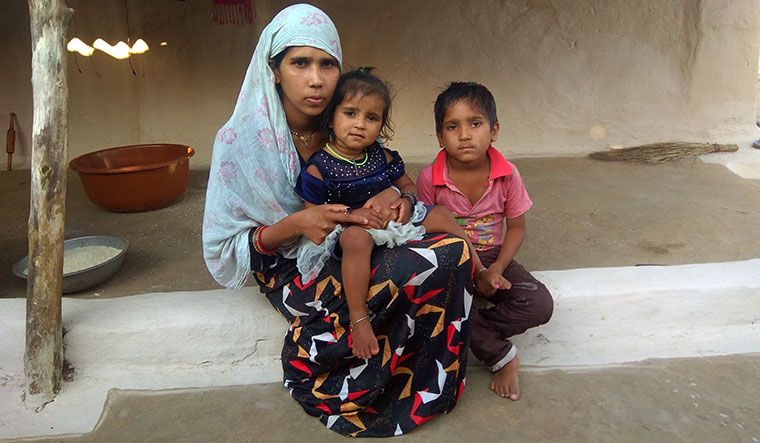 REKHA JAISWAL’S VOICE trembles as she describes how her infant daughter died. A resident of Pongri village in Madhya Pradesh’s Shahdol district, Rekha was nearly eight months pregnant when she was induced.

“The sonography report suggested that something was amiss with my child,” she said. “But even though Ritika weighed just 1.4kg at birth, she was otherwise normal. As she was born premature, Ritika remained in hospital for 13 days. Her health was improving when we took her home. Then, all of a sudden, she stopped drinking milk and was gone within two days.”

Ritika was just 40 days old when she died at the Shahdol district hospital on December 3. The authorities reported the cause of death as pneumonia, sepsis and hypothermia, but Rekha says the baby had no serious symptoms. The 25-year-old is inconsolable. Ritika was her fourth child, and the second one to dies. Her four-year-old son had drowned last year.

Two days before Ritika died, Rajesh and Guddi Bai Baiga of Semriha village lost their infant son in the same hospital. Anuraj was just three months old when he died of pneumonia at the paediatric intensive care unit (PICU). “My son did not seem to have any serious health problem, though he was constantly crying and heaving when we took him to the hospital on November 27. But his condition deteriorated quickly,” said Rajesh.

More than a dozen infants—aged between three days and four months—have died in similar conditions at Shahdol district hospital since November 26. Since the hospital treats patients from four districts, and houses both PICU and a special newborn care unit, the deaths may not be ‘shocking’ statistically. But the statistics itself is. At 48 deaths per 1,000 live births, Madhya Pradesh has the highest infant mortality rate in India. Every day, around 183 infants die in the state; around 67,000 die every year.

The deaths in Shahdol have raised a furore over the lack of basic facilities in the hospital. In the last week of November, the hospital admitted around 15 seriously sick children every day. But only three functional ventilators were available, and only three paediatricians were on duty. Five children died in the 48 hours between December 2 and 4.

The uproar over the deaths forced the district administration to post four more doctors—a retired doctor was called back into service—and put seven more ventilators in place. After Chief Minister Shivraj Singh Chouhan intervened, an inquiry was ordered. The inquiry team, however, soon gave a clean chit to doctors and hospital authorities, and blamed the deaths on the delay in bringing ailing children to hospital. 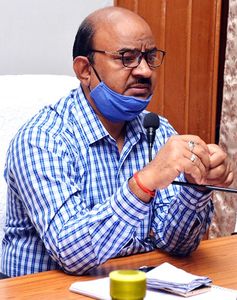 “The inflow of children to the district hospital has increased, so we have decided to strengthen the infrastructure and human resources,” said Health Minister Dr Prabhuram Choudhary. “Also we have decided to link the doctors there with specialists and senior doctors in government medical colleges in Jabalpur and Bhopal, and with those in AIIMS, Bhopal. The Jabalpur doctors have been asked to set aside an hour every day to review serious cases in Shahdol.”

He said a door-to-door survey has been initiated in Shahdol and adjacent districts to identify ailing children, provide them medicines and, if needed, admit them to health care facilities. “In the first two days, we completed a survey of 385 [of 850] villages in the district and shifted 81 weak and ailing children to nutrition rehabilitation centres and other hospitals. We will complete the survey next week,” said Shahdol district collector Satyendra Singh.

Activists, however, feel the government’s response is knee-jerk. Nutritionist Sachin Jain said the solution should be holistic—improving facilities at health care centres and ensuring timely hospitalisation and proper pre- and ante-natal care.

Ramesh Pandey, a health care activist in Shahdol, said the ante-natal care protocol is poorly executed in the district. “More often than not, ANMs (auxiliary nurses and midwives) just complete the formalities of immunising the women,” he said. “In the absence of required check-ups, issues like poor growth of foetus or other health complications are missed. Even if the ANMs do bring the women to health facilities for check-ups, doctors are often unavailable. The pandemic worsened the situation.”

The opposition Congress has blamed the state government’s negligence for the deaths. Former chief minister Kamal Nath said the government was yet to allocate resources to hospitals and ensure that proper treatment is available. The party has constituted a team of two legislators and two senior leaders in the region to inquire into the matter. “Further steps will be taken on the basis of the team’s report,” said Narendra Saluja, Kamal Nath’s media coordinator.

In 2017, when a similar spate of deaths occurred in Shahdol, a non-governmental organisation called the MP Lok Sangharsh Sajha Manch had led protests and submitted an action plan to prevent more deaths. “We had made suggestions and recommendations following an in-depth study of the health centres in the district in 2018,” said Upasana Behar of the Manch. “But an action plan submitted by us, at the instance of district authorities, was not implemented. Now things are back to square one. So we have sent our recommendations to the authorities again, so that a permanent solution is found.”