As state elections approach, BJP steps up its attack on Periyar and, in turn, the DMK 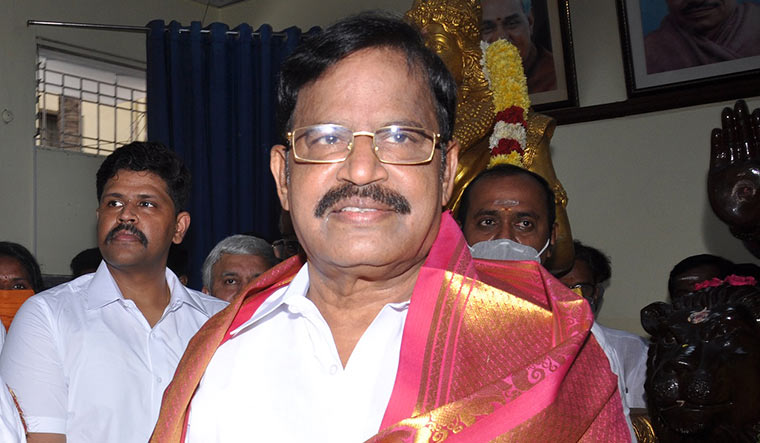 As chants of “Jai Shri Ram” rent the air after Prime Minister Narendra Modi laid the foundation stone at the Ram Temple in Ayodhya, his supporters in Tamil Nadu were chanting for a different deity—Lord Murugan. It was the state BJP’s latest attempt to take on the DMK and Dravidian ideologue Periyar E.V. Ramasamy, and it had turned to the son of Lord Shiva for help.

It all began in June, when a Tamil YouTube channel called Karuppar Koottam posted a video allegedly disparaging the devotional song, ‘Kandha Sashti Kavasam’, which praises Lord Murugan. A slew of complaints was filed against the channel; its founder Surendra Natarajan and associate Senthil Vasan were detained under Goondas Act.

With assembly elections due next year, the BJP-led Hindu right, looking to find a foothold in the state, milked the Karuppar Koottam. A day after Natarajan and Senthil Vasan were arrested, BJP workers sung ‘Kandha Sashti Kavasam’ outside their homes. Next, they trended “Vetrivel Veeravel” (victorious vel, courageous vel) on social media, Rashtriya Swayamsevak Sangh workers went from door to door pasting stickers of Lord Murugan’s vel (a divine spear), and the BJP organised a vel puja.

All these were part of an attempt to unite Hindus against those inimical to their faith; the DMK and Dravidar Kazhagam, its ideological parent, were the targets. The month-long campaign influenced many, including a 21-year-old in Coimbatore who threw saffron paint on a statue of Periyar. Though the man, a right-wing worker called Arun Krishnan, was arrested and charged under the National Security Act, the BJP helped out his family with Rs50,000.

The party also took the fight to the DMK’s doorstep, asking president M.K. Stalin to explain his party’s stand on the Karuppar Koottam controversy. A defensive DMK said it was “not anti-Hindu” and that at least 70 per cent of its members were Hindus.

Though the right wing had been attacking Periyar for some time, it was especially emboldened after the deaths of J. Jayalalithaa and M. Karunanidhi, two giants of the Dravidian movement. The victory in the 2019 Lok Sabha elections and the silence of the ruling AIADMK further strengthened the right-wing forces. 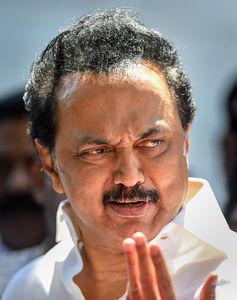 “The Periyar ideology is just a myth,” BJP national secretary H. Raja told THE WEEK. “He was a stooge of the Christian missionaries. He was a womaniser and there is evidence to prove this. The Dravidian ideology of Periyar is anti-Hindu. So, we will have to cut the roots of this core ideology. The DMK has turned apologetic these days only because it wants the Hindu vote.”

So ingrained is Periyar in the Tamil psyche that any party hoping to make inroads into the state’s politics has to address him. Said political commentator Professor Ramu Manivannan: “To engage with Tamil politics, you have to engage with Periyar, because his ideologies have addressed a wide spectrum of political culture, religion and gender. In Tamil Nadu, the Dravidian movement is not a political but a social movement, and Periyar was instrumental in contributing to the [growth of] reasoning.”

It is a social movement that stands in sharp contrast, in crucial aspects, to what the sangh parivar has been preaching. “Rationalism is the reason the RSS hates Periyar,” said filmmaker and Dravidian thinker Karu Palaniappan. “He was the man who taught us to reason out everything. But now he is being reduced to a person who was anti-God. The RSS and the BJP are doing this particularly among Hindus, using emotions to uproot rationalistic thinking.”

Notably, the DMK has often taken the bait. A day after Ganesh Chaturthi, when right-wingers asked why Stalin had not wished the people of the state, his son, Udhayanidhi, tweeted a picture of a clay Ganesha with a garland. He got trolled. Later, he explained in a two-page statement: “I am an atheist. I did it because my daughter wanted a photo with the statue my mother had got. My mother is a believer.”

Political observers said the young Udhayanidhi was hurting the party through such antics. It was like walking into the trap the BJP had set.

“This will only lead to a disaster as we could lose the minority and dalit votes,” said a senior DMK leader close to the Stalin family. He even took up the issue with Stalin. “He told me that everyone says we should reply to these issues. But he is firm that these are not required, as it might hamper the prospects of the party during elections.” 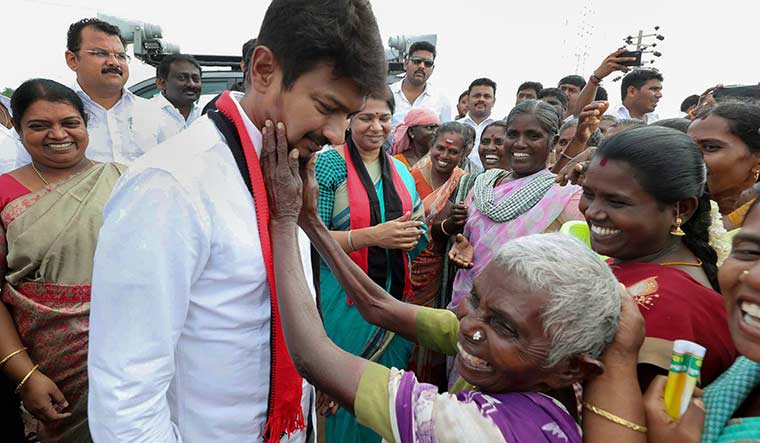 Apparently, Udhayanaidhi put out an explanation for his Ganesha tweet only because Stalin had told him he was wrong. The scion, said party sources, is known to clash with his father at times. Incidentally, on the day of the Ganesha tweet, Stalin had sent out two statements against the Union and state governments, but these did not get enough attention because of the tweet. Sources said Stalin, who has been waiting for years to become chief minister, is most worried about his son.

Another headache for the DMK is that many volunteers of strategist Prashant Kishor’s I-PAC (Indian Political Action Committee), which is helping the party’s campaign, have quit in recent weeks. The reasons for doing so are unclear at the moment. Recently, though, Kishor had met Stalin in Chennai, and had reportedly asked him to rein in Udhayanidhi.

The BJP has used such distractions shrewdly. During the pandemic, senior leader V.P. Duraisamy and Thousand Lights MLA Ku Ka Selvam joined the BJP. Selvam’s was a highly embarrassing defection, and the BJP celebrating it only signalled that all was not well within the DMK. Sources in the party said that the rise of Udhayanidhi and his friend MLA Mahesh Poyyamozhi has been at the expense of party seniors, many of whom are miffed. According to BJP sources, several DMK leaders, including E.V. Velu and S. Jagathrakshagan, are said to be in talks with the saffron party.

Apparently, it was Udhayanidhi’s move to make political novice Chitrarasu the party’s Chennai west district secretary that drove Selvam away. While Selvam does not have a cadre following, his defection did hurt the DMK in the battle of perception. “Selvam is like a child. He was shown a piece of chocolate and he left,” said Udhayanidhi.

The BJP, which has under 3 per cent votes in the state, has been working overtime to poach DMK leaders, including the senior ones. “We are talking to many people in the DMK,” said recent jumper Duraisamy. “At least 40 of its MLAs and MPs will soon join our party.”

DMK insiders said the BJP had been approaching every MLA, MP and district office-bearer through powerful industrialists in the region. “They have sent feelers to at least 45 of our district functionaries in recent days,” said a DMK MLA who also got an invitation. He said the BJP had been poaching DMK members who were fighting legal cases.

And the BJP is unlikely to relent anytime soon. In fact, if it wants to make an ideological dent in the prevailing political thinking in the state, it might even have to strengthen the vitriol.

Amid all this, there have also been changes in the DMK hierarchy. Party leaders Durai Murugan and T.R. Baalu were recently elected as general secretary and treasurer, respectively.

The DMK has also intensified its campaign against Hindi imposition, following an incident in mid-August; a Central Industrial Security Force personnel reportedly asked DMK MP K. Kanimozhi if she was Indian after she did not speak to him in Hindi. A month later, T-shirts with anti-Hindi imposition slogans are selling like hot cakes among celebrities and the public in Tamil Nadu. The AIADMK has also taken up the cause, strongly opposing the new education policy. On September 7, in a letter to Union Education Minister Ramesh Pokhriyal, Tamil Nadu Higher Education Minister K.P. Anbalagan said Tamil Nadu would continue with its two-language policy, which had already proven successful.