Many government projects in Bhopal carry the name of Raja Bhoj, a 11th century king 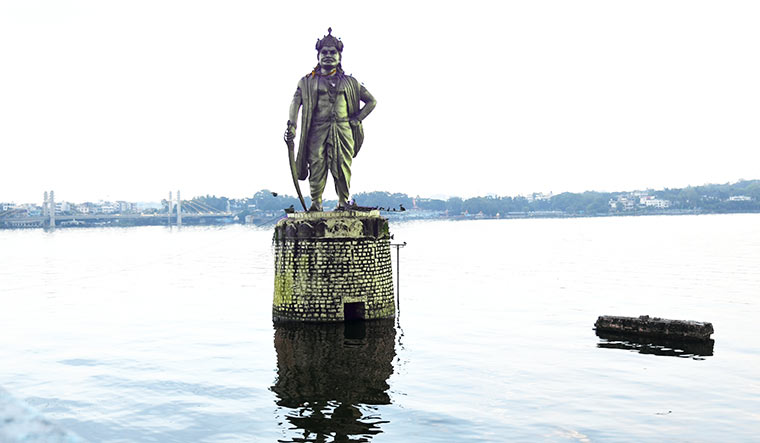 Those flying into Bhopal, and driving into the city via VIP Road, cannot miss Raja Bhoj’s name. From Raja Bhoj International Airport, they would drive past a 32ft-statue of the king installed in the Upper Lake (once proposed to be called Bhojtaal) and cross the Raja Bhoj Setu (a suspension bridge). Not long ago, it was proposed that VIP Road be renamed Raja Bhoj Marg.

That’s not all. There is an impressive mural of the king at the Bhopal railway station. Let us not forget the Madhya Pradesh Bhoj Open University. Simply put, Bhoj, a 11th century king of Malwa region—that encompassed modern day Bhopal—is now all over the capital city.

In September, Madhya Pradesh Chief Minister Kamal Nath, while laying the foundation stone for the metro rail project, announced that it will also be named after Bhoj. Incidentally, Arif Masood—Congress MLA from Bhopal Central—objected to it during the ceremony itself. “Please, let it be called Bhopal Metro. There is already a lot named after Raja Bhoj,” he said.

Masood’s view is shared by a large section of Bhopalis and historians. Many historians say that Bhoj could not have founded Bhopal. They say the city became prominent only after 1720, when Dost Mohammad Khan, a Mughal general who claimed the title Nawab, constructed the Fatehgarh Fort and made it his capital.

“This place was merely a cluster of 40 to 50 hutments of the Gond tribe, and was named after a Gond ruler, Bhupal Shah, who ruled around 650CE,” says author Shyam Munshi. “If Bhoj had founded Bhopal, there should have been some remains as evidence of his kingdom here. Why are there no remains in Bhopal?” 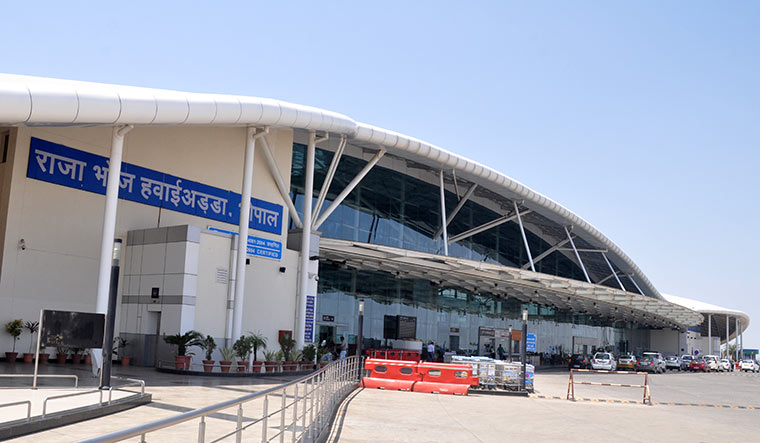 Munshi says that Rani Kamlapati, wife of the last Gond king of the region, had gifted Bhopal and some nearby areas to Khan for the protection he offered. He pointed out that Raja Bhoj’s closest connection is to Bhojpur, some 45km from Bhopal, where he commissioned a big lake. Retired superintendent archaeologist of the Archaeological Survey of India, Narayan Vyas, however, says that there is evidence to suggest that the Upper Lake was commissioned by Bhoj, and it was part of a bigger water body that extended past Bhojpur, and to Bhimbetka, about 50km from Bhopal. “But there is no evidence that Bhoj founded Bhopal,” he said.

The Nawabs ruled Bhopal for more than 200 years. Four Nawab Begums—Qudsia Begum, Sikandar Begum, Shahjahan Begum and Sultan Jahan Begum—were the most popular. These Nawab Begums, especially Shahjahan Begum, are credited with most of the urban construction in Bhopal—schools, hospitals, religious structures, public utilities and spaces.

There had not been much discussion over Bhopal’s history earlier. But the debate over Bhoj’s connection to Bhopal has raged ever since the BJP government of Shivraj Singh Chouhan tried to rename the city as Bhojpal in 2011.

During the millennial celebrations of Bhoj’s anointment as king of Malwa in March 2011, Chouhan announced the plan to rename Upper Lake and VIP Road. The king’s statue was installed in Upper Lake during this occasion.

Citizens of Bhopal had strongly protested the proposed renaming of the city, and the Bhopal Municipal Corporation (BMC) rejected the proposal. However, in June, the BJP-ruled BMC again stoked the fire as it moved to change the age-old logo of the municipal body—which has the Mahi Maratib, Ashoka Pillar and Sanchi Stupa on it. The BMC replaced it with a logo featuring Raja Bhoj. Bhopal Mayor Alok Sharma defends the change saying that the Mahi Maratib emblem was handed over to Bhopal Nawabs by the Hyderabad rulers who had defeated them. Featuring the Rohu fish, the Mahi Maratib was the highest honour accorded by the Mughals.

After the chief minister’s announcement during the metro rail event, the debate turned stronger. Although it came from the Congress government, it was looked upon as an extension of a larger narrative-building exercise started by the BJP. “The BJP is systematically targeting the history of Bhopal,” says writer Shams Ur Rehman Alavi. “It is attempting to build the narrative that Bhoj was the founder and ruler of Bhopal—something that has been repeatedly proven as untrue.” He adds that the saffron party is trying to relegate the fact that the Nawabs shaped modern-day Bhopal.

“We are not opposed to Raja Bhoj, and do not want to become part of the BJP’s effort to give this issue a Hindu-Muslim colour,” Masood says. “Already a number of projects and infrastructure carry Bhoj’s name, and surely there are many more great personalities who could be honoured, instead.”

BJP legislator Rameshwar Sharma, however, says that those who oppose the naming of Bhopal Metro after Bhoj are the ones who are trying to promote the nawabi culture. He adds that there are books that show that Bhopal was indeed founded by Bhoj. The MLA dismisses the contribution of the Nawabs, saying that they were attackers who did not want to become part of India after independence.

Savita Raje, associate professor of architecture, Maulana Azad National Institute of Technology, says that it is regretful that the contribution of Nawabs is being overlooked. Raje, who has mapped the heritage of Bhopal extensively, says that the city was a small settlement during Bhoj’s reign and later his nephew Udayaditya Parmar built some structures including a Sanskrit school here. She says these structures were destroyed in 1236 when Sultan Shams ud-din Iltutmish led his armies southwards.

Centuries later, newer battles are being waged in the name of Bhopal.