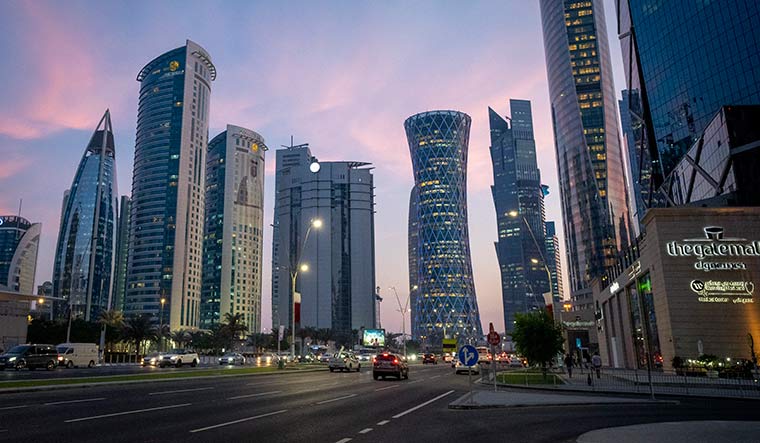 View from doha: Hotels and other buildings in Doha’s West Bay area | AP

Qatar has a population of around 30 lakh (almost the same as Manipur) and an area of about 11,500sqkm (around half of Manipur). Little wonder that there was scepticism when it won the bid for the 2022 FIFA World Cup. How could it house the teams and fans, asked critics. After all, the average attendance at World Cups is more than the population of Qatar!

But, the tiny, cash-rich country has made room—rooms, to be precise. Over 100 new hotels have been built. The Supreme Committee for Delivery and Legacy (SC), the local organising body, has tied up with French hospitality giant Accor to manage accommodation. In addition to hotels, there are fan villages, apartments, villas, desert camps and cruise ships—which will allow Qatar to avoid adding too many permanent rooms. The tariff ranges from QAR 250 to QAR 3,000. With the Qatari riyal hovering close to 023, that would translate to between Rs5,600 to Rs67,000 per night.

The fan villages comprising tents and cabins will come up on the outskirts of Doha, and will have 24/7 public transport links. Each cabin will have two rooms; each room will have two beds and basic amenities, including a refrigerator, free Wi-Fi and house-keeping. General facilities for each village include food stalls, big screens to watch matches, a fitness centre, tennis court and a 24/7 help desk.

The tents—traditional Bedouin style—will come up in the deserts around Doha. Out of the 1,000 or so tents, 200 will be luxury segment, said Omar Al Jabar, head of accommodation, SC. 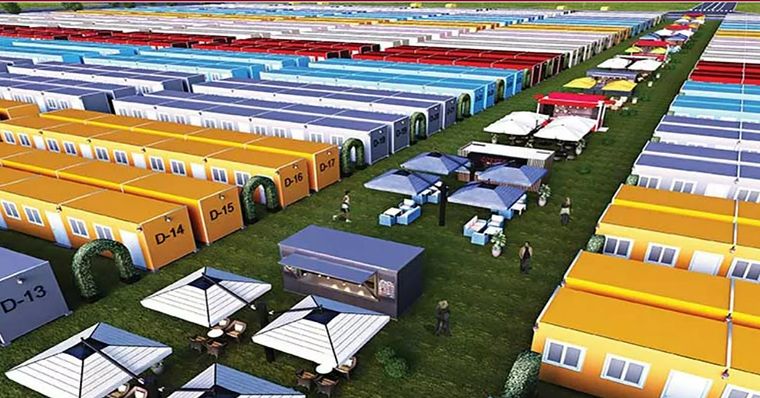 Service apartments range from one-bedroom to six-bedroom options, complete with a kitchen and living room. The two cruise liners that will anchor in Doha will provide a combined capacity of 4,000 cabins, officials said. The ships will have swimming pools, bars, cinemas, tennis and basketball courts, spas, fitness centres, shopping centres and night clubs.

In total, 1.3 lakh rooms are ready for the teams and the fans, according to the SC, and this is seen as enough. But, how? When FIFA says the average attendance is 35 lakh to 50 lakh. According to the SC, the number of people attending the World Cups is lower than the official attendance figures. Because one person books tickets for multiple matches and is counted among the attendees more than once. Discounting this duplication, the SC expects around 15 lakh spectators. Also, Qatar residents can accommodate up to 10 visitors (family and friends) by registering them on the official platform. 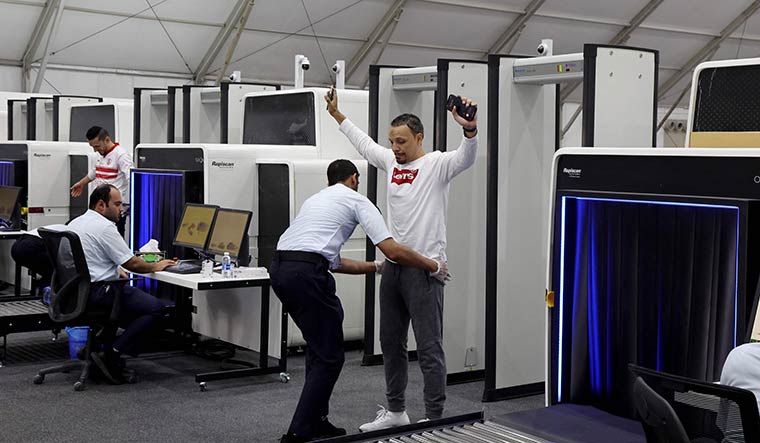 Both Fly Dubai and Air Arabia had announced shuttles to Doha, but only the former is taking bookings. If there is to be a change in plans now, it would cause major headaches to fans. Many European fans have already booked rooms in Dubai.

Fly Dubai is issuing shuttle tickets to those with the hayya card and a ticket for a particular match; the return ticket should be within 24 hours. Economy class shuttle tickets cost $258 (around Rs21,000); business class is at $998 (around Rs81,000). Fares are non-refundable, and no check-in baggage; hand baggage allowance is 7kg in economy and 14kg in business. Time/date of bookings can be changed, subject to availability, for a charge of $50 (around Rs4,000). Moreover, fans who are taking the shuttle must ensure that they touchdown in Doha at least four hours before kick-off time.

Brigadier Abdullah Khalifa Al Muftah, director of public relations, ministry of interior affairs, Qatar, told THE WEEK that entry for non-World Cup visitors would be suspended from November 1. “Their entry will resume only from December 23,” he said. “Holders of hayya card will be allowed to enter until December 23 and they can stay on until January 23, 2023. Qatari citizens, residents and GCC citizens with a Qatari ID card, holders of personnel recruitment visas and work entry permits [would be exempted from the regulation].” He added that exceptions for humanitarian cases will be made. The restrictions, he added, are applicable for air, land and water borders. 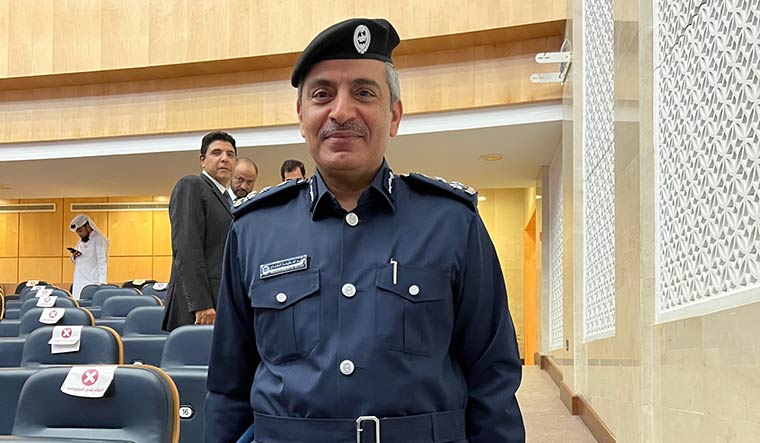 Around 20,000 volunteers of different nationalities will handle crowd control. Qatar has set up an International Police Cooperation Centre (IPCC) to handle the security and to control mobs. It will have representation from police forces of all countries playing in the World Cup; the Turkish contingent is 3,250 strong. A NATO force will also be present to deal with chemical, biological, radioactive and nuclear threats, and to handle VIP security. The Interpol will be present, and the US department of homeland security (DHS) will send its intelligence wing. The DHS transportation security agency will help to check luggage and the US Cyber Security Infrastructure Agency will also assist Qatar. Surveillance cameras will use artificial intelligence. Brigadier General Al Muhandi, head, safety and security committee of the interior department, said such an integrated security system is a first for a sports event.

Qatar has overcome a lot since winning its bid 12 years ago. Challenges include allegations of corruption and of abusive work conditions, an economic blockade and then Covid-19. Through all of it, Qatar stayed on track. And come November, there is only football. All roads will lead to stadiums. Schools will remain closed, work from home will be adopted and no private vehicles will be allowed on roads. The public transport system is expected to be sufficient for both residents and visitors. Hayya card holders can use it for free from November 10 to December 23.

Normally, purchasing alcohol in Qatar requires a special licence. During the World Cup, liquor will be available at designated areas and no other restrictions have been announced. This is not the only “compromise” Qatar will have to make. It has been announced that the LGBTQ+ community has no reason to fear as FIFA’s code of inclusion and tolerance would be followed.

Tolerance is not a foreign concept in Qatar. Only about five lakh of the population are Qataris. But, while immigrants adapt to the ways of Qatar, football fans may not.

But, Muhammad Al Atwani is optimistic. He is the project manager of the widely discussed Stadium 974, aka the container stadium. The 974 in the name—the number of containers used—is also Qatar’s international dialling code. Or, as Al Atwani, says: “Now, it is the welcome call for the world.”