As coach, Rahul Dravid will focus on open communication 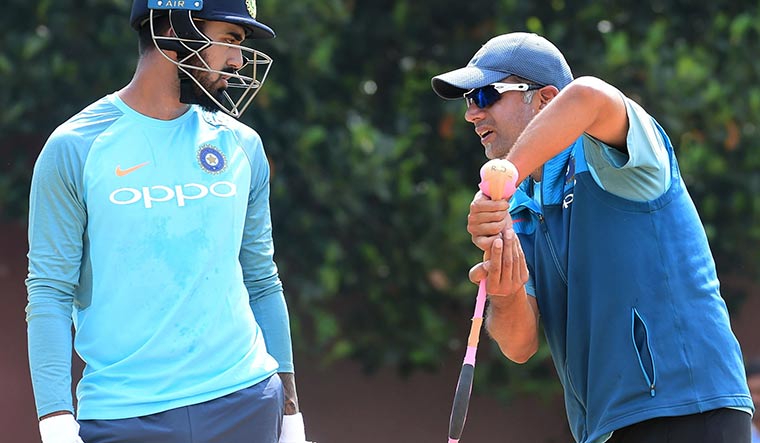 A grinning Sourav Ganguly told the audience at the 40th Sharjah International Book Fair: “I got a call from him (Samit) saying that his father (Rahul Dravid) was being too strict with him and that he needed to be taken away. That is when I called Rahul and told him it was time for him to join the national team.” Jokes apart, it was no secret that the BCCI president was always keen on his teammate, friend and former deputy captain succeeding Ravi Shastri as the coach of the Indian men’s team. It took some convincing, but Dravid eventually agreed.

Ganguly was not alone in coaxing Dravid. Reportedly, some current players, too, requested Dravid to take up the job. The reason—he had worked with several of them at the Under-19 and India A level, or as the head of the National Cricket Academy in Bengaluru. There was already a sense of familiarity; the players preferred him to a new, relatively unknown face.

While Dravid has coached the likes of K.L. Rahul, Prithvi Shaw, Shubman Gill, Mayank Agarwal and Hanuma Vihari, he has also played for India with Virat Kohli, Rohit Sharma and Cheteshwar Pujara.

“I have been fortunate to have known him for a long time,” said India T20I vice captain K.L. Rahul. “As a youngster, I learned [more about] the art of batting from him; it was kind of him to do so back home in Karnataka. Since he finished playing, he has been helping boys around the country. To have him in the setup is a great opportunity for all of us to learn.”

While the Kohli-Shastri era was good in terms of results—the Test series wins in Australia and being finalists in the World Test Championship being the highlights—the absence of an ICC trophy had been a sore point with the BCCI. And so, Ganguly and board secretary Jay Shah turned to Dravid, who had been working on his coaching skills since retirement.

Dravid’s brief is clear—win next year’s T20 World Cup in Australia, and the ODI World Cup at home the following year. The second WTC final will also be during his tenure.

Dravid knows this. His vision, he said before the home series against New Zealand, would be to: “Help everyone improve as players and people. As long as we do that, we should be fine.”

He has also been clear that he would not prioritise any format. “All three formats are important for us,” he said. “Obviously, we need to prepare for the [upcoming ICC] events.”

In the initial days, Dravid will look to ease into the role by just observing and understanding how the team functions. After the recent T20 World Cup, he had held a series of interactions with players and support staff.

It is no secret that Kohli and Shastri shared a special rapport. In fact, it was at Kohli’s instance that Shastri became head coach in 2017. The two had a similar, aggressive approach to the game. Shastri backed Kohli’s line of thinking on most occasions, and would accede to the captain’s plans in terms of team combination and strategy during matches.

With Dravid, though, the dynamic is expected to change. Kohli might not get the same amount of leeway he got from Shastri. The difference is already visible: The national selectors, for instance, have become firmer while picking players and the BCCI is backing them more than before.

Dravid will not impose himself on others, but will be quietly firm. While Shastri was more old school, Dravid will be armed with analysis in team meetings and is expected to make dispassionate and rational decisions. 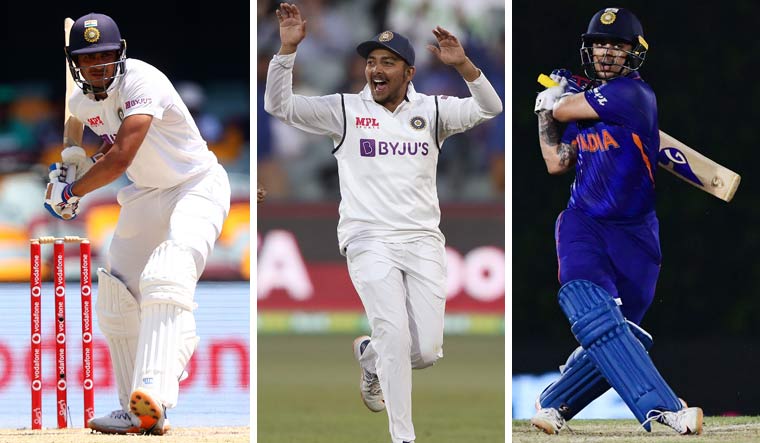 Young and hopeful: (From left) Shubman Gill, Prithvi Shaw and Ishan Kishan were all part of Under-19 teams Dravid coached. With him taking over the national job, the young lot is likely to be in focus | AFP, AP

But Dravid, too, will have to make some adjustments. As a senior coach in Indian cricket said: “The onus will be on Dravid to establish trust and rapport with both the captain and the team. It does not happen overnight. As a coach, he has to work with different stakeholders—the team, selectors, BCCI and support staff. All coaches have to do that.”

And Dravid is open to flexibility. “It is an opportunity for me to learn, to get to know the players,” he said. “It is about moulding yourself to get the best out of players; that is my philosophy.” Dealing with two captains with different personalities—Kohli and Sharma—is unlikely to be an issue for him. As for the support staff, Vikram Rathour will continue as batting coach, and Paras Mhambrey and T. Dilip will be the new bowling and fielding coaches, respectively.

Said K.L. Rahul: “He [wants to] create an atmosphere where everyone can understand each other better as players. He was always a team man when he was playing and that is a culture he wants to bring here as well—where everyone puts the team ahead of personal goals.”

Dravid began his coaching journey as mentor to Rajasthan Royals in the 2014 edition of the Indian Premier League. He moved on to the Delhi Daredevils, and was made the head coach of the Under-19 team in 2016. The Ishan Kishan-led team finished runners up at the 2016 World Cup, losing to the West Indies in the final. Several youngsters, including Kishan, Rishabh Pant and Washington Sundar, emerged from that tournament. Two years later, Dravid took the team to the title. The standouts that time were captain Prithvi Shaw, Shubman Gill, Shivam Mavi and Kamlesh Nagarkoti.

Dravid was also the coach of the India A team on its tours of England and New Zealand, before taking the NCA job in 2019. Two years later, he subbed in for Shastri—who was in England with the Test team—for the limited-overs series in Sri Lanka.

Abhay Sharma, who has been part of the India A and Under-19 setups, and who narrowly missed out on the fielding coach’s job, said: “Dravid as India coach is the best thing to happen to Indian cricket. His way of coaching is simple. He does not believe in changing too much, but [is open to] suggestions. He is a good communicator and is precise with everyone, be it an Under-19 or senior player. He is not judgmental, makes a person believe he is wanted, and [believes] in one-on-one communication.”

Dravid is also a sharp observer. Said Abhimanyu Easwaran, India A batter from Bengal: “During my India A tours, I would have questions about conditions in England and New Zealand, and he would not just share his knowledge, but also give us a lot of confidence. There was a Ranji season where I was just getting 50s and 60s in whatever tour I was going on. He told me to just stay in the present. It was not about the score, it was about what I needed to do in the moment... what did my team need me to do? If I focused on that, I had a chance of batting longer.”

After that talk, Easwaran stopped looking at the scoreboard regularly. “He is very precise in his inputs,” he said. “He talks a lot about the mental aspect of the game and helps you grow as a cricketer.”

Player development is at the core of Dravid’s coaching, as is putting the team first. “When we talk of player development, it means maximising an individual’s potential,” said one of Dravid’s former colleagues, who has also coached at the NCA. “It is done more via discussion and one-on-one talks. He chats a lot with the guys.”

Dravid would also focus on workload management and finding the right balance between giving chances to players while also letting them feel secure in their position. He said the players’ long-term future would be a priority, keeping in mind the pandemic and the bio-bubble fatigue. “In times like these, we need to be in conversation with the players all the time,” said Dravid. “Whenever they play, they [should be] fresh and fit and switched on, especially those who play all three formats. If we have all players fit and ready to go, I am sure we will be a formidable team.”