Babar Azam interview: T20 cricket has changed a lot since the 2016 World Cup 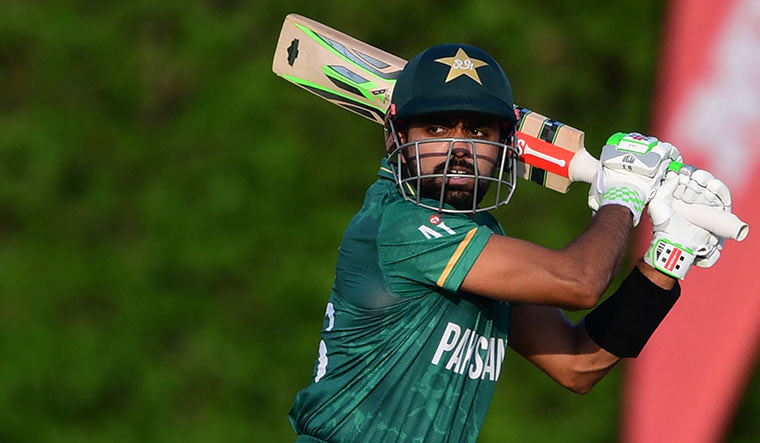 PAKISTAN CRICKET IS going through yet another turbulent phase. It had to deal with the cancellation of tours by New Zealand and England, upsetting its preparations for the T20I World Cup. The abrupt cancellation forced the Pakistan Cricket Board and its new chief, Rameez Raja, to hastily arrange a National T20 Cup, to give the T20I squad much-needed match practice. And, just two days before the deadline of the submission of the final squad for the World Cup, Pakistan revamped its team, recalling former captains Shoaib Malik and Sarfaraz Ahmed, and batters Fakhar Zaman and Haider Ali. Pakistan captain Babar Azam, however, appears unflustered despite the turmoil around him. He remains an oasis of quiet assuredness, much like his batting.

In an exclusive interview with THE WEEK, Azam, the world number two in T20I batting rankings, said Pakistan had become a more consistent team. He downplayed the significance of the India-Pakistan opening game in the World Cup. Azam, however, pointed out that playing in the UAE gave Pakistan an advantage in the tournament.

Q/ How satisfied are you with Pakistan’s preparations? The National T20 Cup was hastily put together after New Zealand and England cancelled their tours.

A/ T20 is a format in which you have to perform consistently and win matches consistently. This is what we have been missing. You cannot afford to relax at any time during a match. One or two overs going bad can cost you the match. As captain, I want the team to perform consistently. We have been trying to do that in the last three-four series; we are becoming more consistent in our performance. Inshah Allah, we will take confidence from these results and compete in this tournament.

Q/ Will you continue to open in the World Cup, considering the last-minute changes to the squad?

A/ Most probably, I will open the innings.

Q/ India and Pakistan kick off the campaign playing each other. How big a challenge is it?

A/ Pakistan-India matches are always high-intensity ones with full of excitement. We enjoy these a lot. Just like fans of both sides, we, too, wait for this opportunity. The aim is to play good cricket and win the match.

Q/ What is your advice to tearaway fast bowler Shaheen Shah Afridi, who is playing his first World Cup?

A/ Shaheen is mature and experienced enough. All I want to tell him is to play to his strengths and bowl his best. He must bowl with a lot of self belief and exploit the weaknesses of the batters.

Q/ How much has the T20 format evolved in recent years?

A/ There have been a lot of changes since 2016. Cricket is more fast-paced, batters have created more shots and scores are upwards of 200 more often. People, too, enjoy this format. As a player, I enjoy this format. You need to take quick decisions on the field as a player or skipper, you need to think on your feet, you have to think of your opponent and decide what you need to plan next. It has become a very fast game.

Q/ Do you think playing in the UAE gives you home advantage?

A/ Yes. We have played a lot in the UAE. These conditions suit us as we know how to play here. But at the end of the day, we need to keep it simple, and do well in all departments.