Olympics: Lovlina Borgohain had fun at Tokyo, erasing the pain of her past 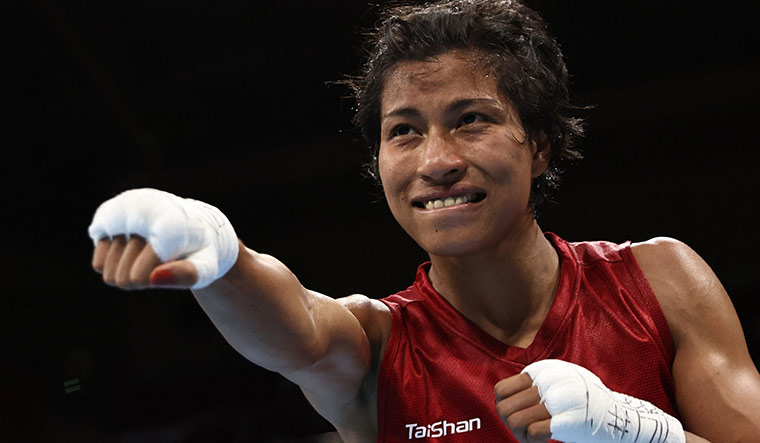 Going into the quarterfinal bout against Chen Nien-Chin, the boxer in red neither had her name nor that of her country on her vest. Her compatriot suffered a similar fate the previous day, but there, everybody knew Mary Kom, the legend. Mary Kom lost, and raised hell over the last-minute order by officials to change to a plain vest. The other, little known Indian boxer won, and a whole nation learnt her name.

Lovlina Borgohain out-boxed the fourth seed welterweight (69kg) from Chinese Taipei, to become only the third Indian pugilist—after Vijender Singh (silver, 2008) and Mary Kom (bronze, 2012)—to win an Olympic medal. Despite her subsequent semifinal loss, she clinched the bronze that is given to both losing semifinalists.

Before every bout in Tokyo, Lovlina wore a playful smile for the cameras. For a 23-year-old Olympic debutant, there seemed to be no nerves. “I enjoyed the bout; I played freely,” she told the media after her quarterfinal victory. The 15-year age gap between Lovlina and Mary Kom, for whom Tokyo was most likely her Olympic swansong, should tell us that the baton has passed on and there is a new queen in the Indian boxing circuit.

Lovlina is a fighter outside the ring as much as she is in it. She grew up in Baro Mukhia, a non-descript village in Assam’s Golaghat district, and picked up Muay Thai at her school in a nearby district. There were financial difficulties for her father, who worked at a tea garden, but he encouraged her sporting dream. She switched to boxing in 2012 and left for Guwahati after she was scouted by popular boxing coach Padum Boro.

After making it to the senior camp in 2016, she collected a series of bronze medals at three Asian Championships and two World Championships before Tokyo. Yet, the difficulties persisted. She had to overcome an injury in 2019 that nearly threatened her Olympic qualification, had to train alone at home for months during the pandemic, was under mental stress when her mother underwent a kidney transplant earlier this year and had to endure a Covid scare in the boxing camp that left her isolated once again just months before the Games.

Yet, Assam’s first woman boxer at the Olympics rose above her more illustrious colleagues in the Indian contingent. Amit Panghal, Vikas Krishan, Mary Kom and Pooja Rani were the headline acts of the nine boxers that left for Tokyo. But the youngster returns as the only medal winner.

For her semifinal, Lovlina got a blue vest with ‘BORGOHAIN’ and ‘IND’ printed on the back in bold. She went down against Busenaz Surmeneli, but there was no shame in the defeat against the world No 1 Turk. Because the boxer in blue had already made it to the Indian boxing legend. Lovlina Borgohain. Remember the name.