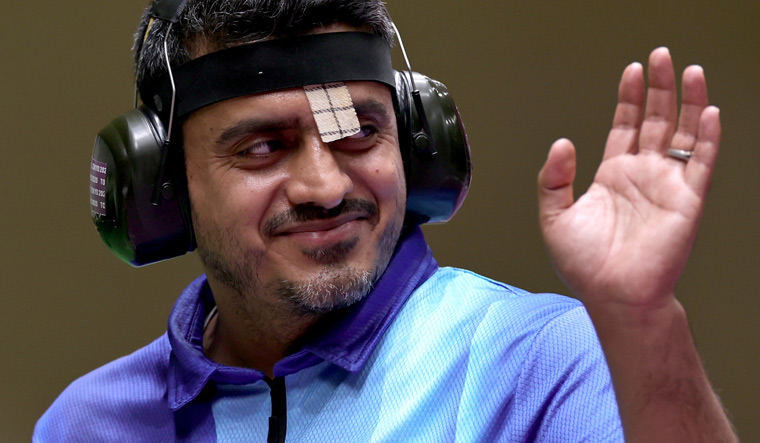 There might not be a perfect recipe to create nerves of steel, but Javad Foroughi has been in the kitchen for most of his life, trying. Sample this: the Iranian shooter was born with a damaged heart, has been in war zones in Syria, is a nurse who spent the pandemic in Covid-19 wards, and contracted and survived the disease himself. So, in a sense, the gold medal in the men’s 10m air pistol was just the garnish.

Growing up, Foroughi couldn’t compete in sports; his heart was not his ally. In his latest tournament before the Olympics, though—the ISSF World Cup in Croatia—Foroughi won the gold medal.

In terms of calibre (yes, that’s a gun pun), not much separates Foroughi and Indian wunderkind Saurabh Chaudhary. Yet, on that day, it all came down to nerves. Foroughi, 41, is the age of Saurabh’s uncles back in Meerut, yet has about the same shooting experience at the world level. He turned pro at 37.

Foroughi claims to have first picked up the air pistol in the basement of his hospital a handful of years ago. He apparently shot about 85 points from 10 shots. In a sport whose binary code reads 9 and 10, this was a great start for an amateur. Cut to 2021, at a dry-of-fans Asaka Shooting Range in Tokyo, Foroughi set a new Olympic record of 244.8 points (of a maximum 261.6), taking home gold. At a post-match news conference, Foroughi said he had always dreamt of the Olympic gold; he had even put the medal as his profile picture on social media, and knew “how much it weighs”.

After his last shot in the medal event, he promptly took out a small prayer mat and expressed his gratitude. “I’m very happy I did my job on both sides,” Foroughi said through an interpreter. “As a nurse, we battled Covid and it was very hard. As a shooter, I worked a lot the last two years for this moment.”

The father of three had to battle much more than inner demons en route to the podium. While he was celebrated as a national hero by most mainstream publications back home in Iran, there were detractors.

On July 24, in an undated video, Iranian network Press TV put out a clip of Foroughi on a reality show, blowing off the tip of a toothpick with a rifle shot. It was meant to be an endearing snapshot of an Olympic champion. However, his personal history had inerasable scars. The United States of America, led by its spray-tanned commander-in-chief Donald Trump, branded Iran’s Islamic Revolutionary Guard Corps a terrorist organisation in 2019; Foroughi is a proud member of the group. He had, in fact, dedicated his win to Iran’s supreme leader Ali Khamenei. Expectedly, after his historic victory, a slew of Twitter handles worldwide, including those of many Iranians, beseeched the International Olympic Committee to strip Foroughi off his medal.

In what is undoubtedly the most woke Olympics ever—some athletes have prepared political gestures if and when they reach the podium, fairly so—a Foroughi may seem like a relic, not least by his age. While some may feel that his presence in Tokyo is in a grey zone politically; in terms of sport, it is golden.