When the beautiful game made me cry at 4:30am 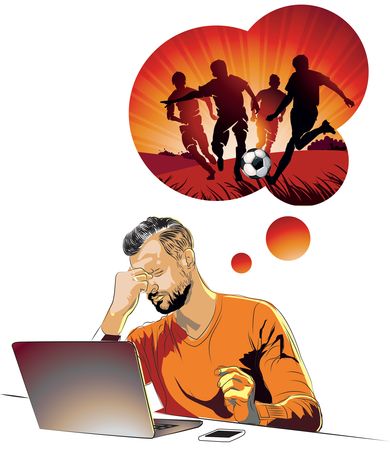 Yes. I was also told that boys should not cry. Well, to hell with that. If the situation warrants it, I will cry like a baby. And what seemed like the death of football as I knew it certainly warranted a tear or two.

In the early hours of April 19 (IST), 12 of the world’s biggest football clubs announced that they would form a breakaway European league. The move would guarantee them more revenue and deny a fair opportunity to smaller clubs. Simply put, it was an elitist cash-grab which threatened the soul of the game. I did not sleep all night and fellow football fans woke up to ominous messages from me along the lines of “football is dead”.

But luckily it was not to be. Six of the teams were English and they started buckling under the onslaught of criticism in England—from fans and pundits to the authorities, the prime minister and even Prince William. As the English teams withdrew, the league collapsed, just a couple of days after it was announced.

Football had been saved “from greedy Americans”, as the English put it (three of the six English clubs had American owners). It was time to rejoice. I literally did a little jump of joy; it was too much for my overweight frame and I hurt my back.

Though now bedridden, I was still full of energy and abuzz with hashtags: #fanpower, #footballnotsoccer, #uniteagainstgreed. Greed! That got me thinking again. Corruption in FIFA, UEFA and other football bodies. Moneymen running the game. Rising costs for the fans. “Super” agents. VAR and the new, messed up handball rules. Football was no longer the sport I fell in love with.

That’s it! I am done with football, I told myself. Now, I just needed to find something else to fill the void that football would leave. Right on cue, I remembered a friend saying she enjoyed knitting. And it was decided. I would take up knitting. I could just Google “Learn knitting” and proceed from there.

So, I started typing the words into the search bar with all the speed of a toddler seeing a keyboard for the first time: L, E.... Google, helpful by nature, immediately started offering suggestions. Left handers day (I didn’t know that existed), Leonardo DiCaprio (your countrymen tried to kill football, I shouted at the actor) and ...uh oh! About 40 seconds later, I was, like an idiot, watching a replay of Leeds United vs Liverpool from the previous night.

Football may be corrupt, but even a broken version of the beautiful game makes life so much more bearable.