KKR opener Shubman Gill is being groomed for a bigger role 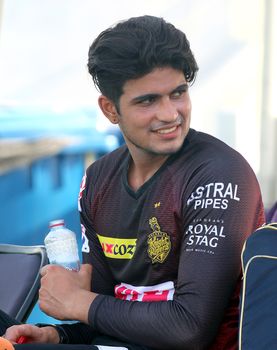 LONG BEFORE the schedule and venues for this year’s Indian Premier League were announced, Shubman Gill knew his role and brief. The 21-year-old would not only open for Kolkata Knight Riders, but he would also be groomed for a bigger role—that of a team leader.

Around the halfway mark of the tournament, the youngster is his team’s top scorer (311 runs), and is in contention to play for the Indian side that will tour Australia later in the year. Gill is part of the 20s class—a group of standout cricketers including England’s Tom Banton, 21, and Ollie Pope, 22, —which the cricketing world is eagerly following.

From playing a side role last season to being central to KKR’s plans this time around, Gill has earned a reputation quite quickly. Last year, captain Dinesh Karthik had drawn the ire of former India players such as Gautam Gambhir for sending Gill in at number seven in the batting order. The fact that Gill had scored three half centuries made the decision even more baffling.

So, when former New Zealand captain Brendon McCullum became KKR head coach in August 2019, one of his first declarations was that Gill would open. “Shubman is better suited at the top of the order,”he said after landing in Dubai this year. “He is a quality player, especially when the wickets are a bit tricky. When you have fast bowlers, you want your batsmen with the best technique, batsman-ship and craft, and he is certainly one of those guys. I am really impressed with the way he carries himself and plays the game. I feel he has a bit of presence about him even at this young age, [and he is] very respectful.”

KKR is not the only side to see his leadership potential. In 2019, national selectors made him captain of the India Blue side for the Duleep Trophy. Before that, he was vice captain of the under 19 team that won the 2018 World Cup.

Though only two ODIs old, expectations from the Mohali boy are sky high. And he knows it. Asked about being groomed for a leadership role in KKR, he told THE WEEK: “My reaction was not that of surprise, but there was a sense of responsibility when I was told about it. My personality is such that, the more the responsibility, the better I like it and work for it.”

His ongoing apprenticeship under two dynamic leaders—McCullum, who raised the bar for New Zealand cricket as captain and player; and Eoin Morgan, who changed England’s approach to ODIs and led them to a World Cup—is an invaluable experience for the young man. “The way Brendon motivates players and boosts their confidence is unique,”said Gill. “When we used to watch him on TV, he played with an intensity; you could never keep him out of the game. The same is visible in our training sessions.”

On captain Morgan, he said: “It is a good experience playing with him. He is a world-class batsman. His personality is inspiring. Whenever he speaks, on or off the field, he is always motivating us. He has an aura about him.”

Ahead of this IPL season, and after months without cricket because of the lockdown, Gill and three of his Punjab teammates—Abhishek Sharma, Anmolpreet Singh and Prabhsimran Singh—were part of a month-long training camp with Yuvraj Singh at the Punjab Cricket Association stadium in Mohali. “We prepared for the IPL and the Tests against Australia,”said Gill. “The focus was more on Test cricket. We discussed the conditions Down Under; the pace attack, the wickets and how to deal with the short ball. In the last two weeks before heading off to Dubai, we practised T20 cricket with Yuvi paaji.”

Said India Under-19 coach Paras Mhambrey: “The first time I saw him, I knew he had talent; he was special. Seeing his ability against the spinners as well as the quicks, plus his overall game at that age, you could see he had a little extra time than the rest to play the bowlers.”Mhambrey added that Gill’s ability to read the situation and his grasp of his own game, at 21, put him just above his contemporaries, in India and around the world.

Gill has been a standout in every age group he has played in. In fact, in 2017, Punjab selectors led by former India player Yashpal Sharma fast-tracked him into first-class cricket, even before he had made it to the Under-19 World Cup squad.

He got his maiden Test call-up for the 2019 home series against South Africa, but he is yet to get his Test cap. He got the ODI cap on the 2019 New Zealand tour, but got out cheaply in both games. The wait for a permanent spot has tested his patience, but he reportedly had many conversations with National Cricket Academy chief Rahul Dravid, who made him focus on the present.

It was under Dravid’s coaching that he was named player of the tournament in the 2018 World Cup; he made 372 runs, including a hundred against Pakistan in the semi-final. And, as he was doing that, KKR snapped him up for a whopping Rs1.8 crore, a fat sum for an uncapped player.

Asked about playing at the senior level and in the IPL, he said: “Your game does go up. Confidence is a huge thing, and getting used to playing at that level is key. How quickly you adapt is totally up to you. I think it is more about mental adjustment than about technique.”

Gill was born in Fazilka, Punjab, but his father and first coach, Lakhwinder Singh, moved the family to Mohali to give his son access to better cricketing facilities. Punjab senior men’s team coach Munish Bali, who has watched Gill from his Under-16 days, said it was his ability to play long innings that stood out. “There was an Under-19 match against Tamil Nadu in Patiala; Punjab were 25 for five on a difficult wicket,”he said. “The ball was doing quite a bit. He scored 235 and took us to 500. He was just 16.”

Spending time with the national team has made Gill even better, added Bali. “His shot selection has improved,”he said. “Even in T20s, he will not go at the ball from the start; he plays himself in. He keeps things simple and his work ethic is good. His preparation is very specific.”

Coaches described Gill as shy and quiet on the field, but quite jovial off it. There are no over-the-top celebrations; he tries to be calm and collected on the field. And though he lost his cool with the umpire in a match against Delhi in the previous Ranji season, it was seen as an aberration.

There is no doubt that Gill would one day take the baton from the likes of Kohli and Rohit Sharma. Till then, as Mhambrey put it: “Even though he is ready technically and mentally, we might have to groom him initially [for him to] make it to the next level.”