Going for the rebound 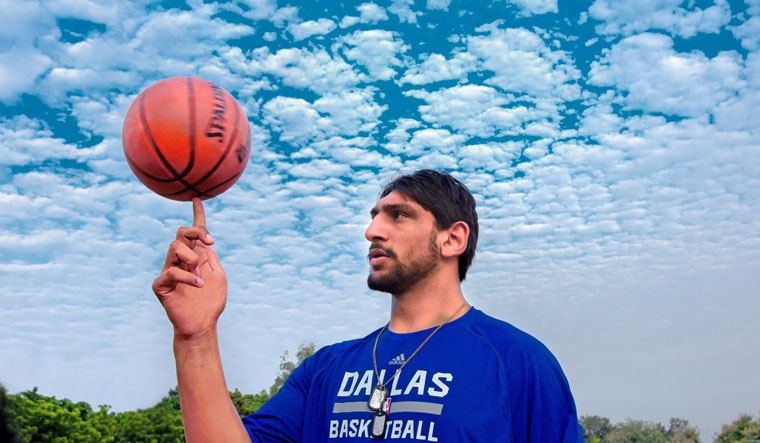 Satnam Singh Bhamara weighed 104kg and was nearly seven feet tall when he was sent to the IMG basketball training academy in Bradenton, Florida, in 2010. He was just 15. The dream to play in the land of opportunity was inching towards reality; the tie-up between the Basketball Federation of India (BFI) and IMG-Reliance got him a scholarship.

At 20, the dream came true for the heavyset Indian cager, who hails from a modest family of farmers in Balloke village in Barnala, Punjab. In July 2015, he became the first Indian-born player to be drafted into the National Basketball Association (NBA). He was picked by the Dallas Mavericks. Satnam was also the first player—since age restrictions were introduced in 2005—to enter the league without having played collegiate basketball or in an overseas professional league or in the NBA development league (D-League).

But his stint with the Mavericks was short-lived. In October 2015, he was acquired by Texas Legends, the D-League affiliate of the Mavericks. Deemed slow, he played only nine games that season. He was signed on for the next season, but he got very little game time and returned to Balloke a frustrated man. In 2017, he played in the United Basketball Alliance Pro Basketball League in India, and in 2018 he was signed by St. John’s Edge of the National Basketball League of Canada for one season.

Now, five years after his NBA pick, the 25-year-old Satnam is back home without a professional contract and is also out of the Indian senior national team, facing a doping suspension. The National Anti-Doping Agency (NADA) suspended him after he failed a dope test during a preparatory camp for the South Asian Games in November 2019. The Anti-Doping Disciplinary Panel (ADDP) has not heard him yet.

Satnam’s impact on Indian basketball has been immense. Following his example, the likes of Amjyot Singh, Amritpal Singh and Vishesh Bhriguvanshi went on to feature in Japanese and Australian leagues. But Amritpal, who became the first Indian to play in Australia’s National Basketball League, too, has tested positive for using terbutaline, during an out-of-competition test by NADA, and has been provisionally
suspended.

“Satnam’s ban came in November 2019. It is June now. It has been seven months, but there is no word on his hearing,” said lawyer Viduspat Singhania, who represents Satnam and Amritpal. “It is the same case with Amritpal, who was suspended in February. NADA is playing with athletes’ careers. Satnam has already stated that he [consumed] the banned substance inadvertently. As per the NADA code, he could get a sentence banning him for a few months, but what is the use if the hearing does not take place for a year?”

The details of Satnam’s case have not been released by NADA, but it is learnt that he took a supplement that he ordered online, which could have been contaminated. Chander Mukhi Sharma, secretary general, BFI, supports Satnam’s claim of innocence. “He is not educated enough, and in all likelihood when he took the supplement, he was not aware it was contaminated,” said Sharma. “It takes years to build a good team and the loss of two key players while we await their ADDP hearing is a huge setback for the Indian team.”

Satnam is learning to face the hard knocks of life. He may be a towering presence with a heavy voice, but the sense of befuddlement is unmistakeable when he speaks about his struggles so far. 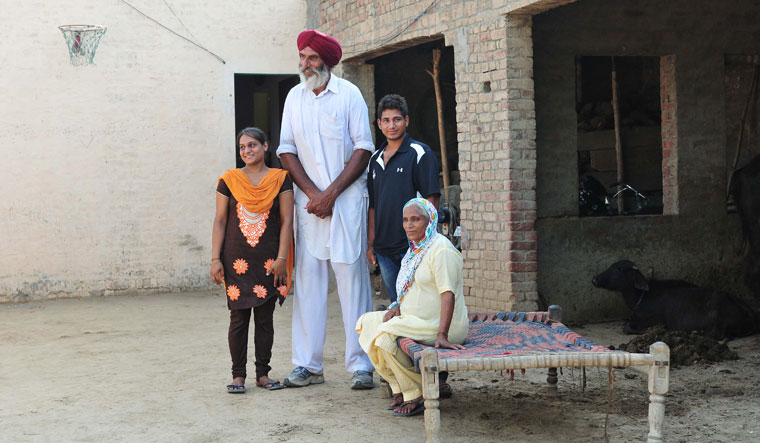 “I trained well in high school in the USA,” said Satnam. “I tried to do much more than what the coaches [expected of me]. In life, if you go up, you can also go down. I understand that. I have spent 16-18 years playing the game. [But] I have got nothing from the leagues or the government. I feel these things can really bring me down.”

He said he exchanged all his earnings on additional training in the US or to meet the expenses of his family. His father’s income from farming supports the family now. “When I got drafted, I was happy,” he said. “I got India’s name up there, and paved the way for others. I thought maybe the government would give me a job or an award. [But] no one has asked about me since 2015. I am dependent on my family.”

His main aim is to help his brother settle financially and to get his sister married. His elderly father is finding farming tough at his age. But it was he who encouraged Satnam to take up basketball and has been his major support system. “My father told me, ‘if there is something you are destined to get, you will get it, either today, tomorrow or years later’,” said Satnam. “I listen to him. I get up at 5am for physical training, and train in the evening also. My brother and I practise together. He is a body builder, so he helps me with weight training.”

There is no basketball court near his village. He runs alongside a stream, and for physical training he uses a small basic gymnasium in a government school—a far cry from the facilities in the US and Canada. But he is not complaining.

Satnam remains determined to go back abroad and get a professional contract. “I do not know when I will get it,” he admits. “If I think I can earn from basketball, I will. Even if it means that I may have to do the most difficult things. But I will earn money and ensure I can take care of my family.” Meanwhile, he awaits a date for his hearing as any future contract or his place in the Indian side depends entirely on it.