How luxury watchmakers are viewing India 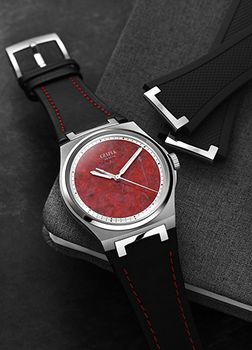 Call of India: Cuprita roja dial of the Antarctique by Czapek & Cie made exclusively for Watch Collectors India.

THE SECOND WEEKEND of October brought a rare opportunity for connoisseurs of luxury watches in India―they got to see 84 of the finest luxury watches that were launched this year. Organised by Grand Prix d’Horlogerie de Genève (GPHG) and Indian luxury watch retailer Ethos Watch Boutiques, the show displayed the shortlisted nominees for the GPHG Awards, often called the ‘Oscars of Watchmaking’.

The exhibition was a landmark for the Indian luxury watch market, which is still a small one, when compared with the US or China. According to a report released by the Federation of Swiss Watch Industry FH, last year, Switzerland exported watches worth CHF 3,078.8 million to the US, CHF 2,967.2 million to China and CHF 2,133.4 million to Hong Kong. Exports to India, No. 24 on the list, stood at CHF 156.8 million, about 5 per cent of the US exports.

But change seems afoot, if not in terms of market expansion, certainly in terms of how luxury watchmakers are viewing the market. India has long been ‘the next big thing’, but it always remained in China’s shadow. However, the pandemic and its effects on global markets have made luxury watchmakers rethink their strategy for the top markets, especially China.

The Federation of Swiss Watch Industry report says that exports to India went up by 61.7 per cent in 2021. Furthermore, a forecast report by Statista says the luxury goods market in India would be worth $7.52 billion in 2022. The ‘Luxury Watches & Jewellery’ segment is the largest contributor to this with a market volume of $2.21 billion. 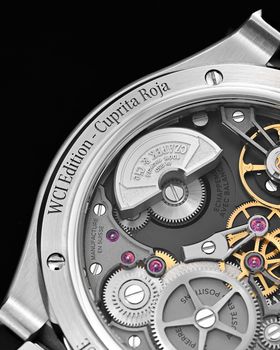 There is more proof that India is strengthening its position. This year saw the entry of many independent brands into the country, such as Armin Strom, Raketa, Angelus, Norqain, and Bovet 1822. Watch and jewellery maker Bulgari toured major Indian cities with its award-winning Octo Finnissimo line. Rolex strengthened its Indian presence by opening a new boutique in Raipur, Chhattisgarh, with retailer Cooke & Kelvey.

The most telling indication of how brands are viewing the country was probably in the limited-to-India watches created this year. Franck Muller, in association with Kapoor Watch Company, created 150 ‘India special edition’ watches to commemorate the retailer’s 55 years and the 75th anniversary of India’s independence. The watches have a map of India etched on the caseback. Bulgari created a special malachite dial Serpenti Tubogas in steel and 18K gold, limited to 40 pieces, to commemorate the 40th anniversary of Mumbai-based retailer Rose. And the independent Czapek & Cie collaborated with the collectors’ group, Watch Collectors India, and crafted a special, cuprita roja stone dial watch inspired by its Antarctique collection. Limited to 11 pieces, the watch was exclusive to the members of the group, and had a price tag of Rs24,00,000.