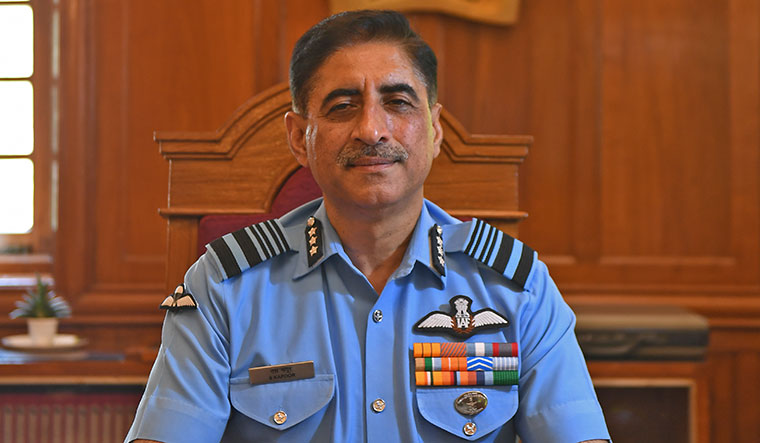 THE NATIONAL DEFENCE Academy in Khadakwasla, on the outskirts of Pune, is known as the cradle of military leadership in India. Prime minister Jawaharlal Nehru laid the foundation stone of this tri-services academy on October 6, 1949; it was formally inaugurated on January 16, 1955.

The NDA trains young men—and soon, women—who want to be military officers. Their education covers science, technology and arts. At the end of the training, they are awarded a degree from Jawaharlal Nehru University. Every year, close to five lakh boys write the entrance exam; 400 to 500 are selected.

The nerve centre of this institute is the Sudan Block, the main administrative area. So far, the NDA has produced 27 chiefs of the Indian armed forces. The current chiefs of the Army, Navy and Air Force are all NDA alumni.

Former NDA Commandant Air Marshal Sanjeev Kapoor, who finished his term on April 1, is also an alumnus. In an interview with THE WEEK in the third week of March, he talked about the academy and how it was preparing to welcome its first batch of women cadets. Excerpts:

Q/The first batch of women cadets will join in June. What will be the changes at the NDA?

A/The NDA is fully geared to receive women cadets [between] 16 and a half and 19 years. Being one of the premier institutes in the world, our administrative and infrastructural setup is well established for the induction and training of girl cadets with minimum changes to the
existing curriculum.

Q/How many women cadets will join in the first batch?

A/A total of 19 vacancies have been allotted by the service headquarters for the first batch. Of these, 10 are for the Army, six for the Air Force and three for the Navy.

Q/What infrastructure changes are being made for them?

A/One of the squadrons is being refurbished with amenities and requirements specific to the training of girls. Actions are underway to augment the existing infrastructure. Requisite modifications would be undertaken to conform with gender-specific lifestyle requirements. In the long term, a separate accommodation for girls is being envisaged.

Q/Will the training be any different to what the male cadets undergo?

A/The training in academics, drills and outdoor activities will be gender-neutral. However, owing to physiological differences between a male and a female cadet, the aspects of physical training may entail certain changes. Dedicated support staff comprising the Corps of Military Police and instructors will be provided [to train] the girl cadets.

Q/Would the training be held jointly?

A/A majority of the training activities shall be conducted jointly, keeping their employability in mind; women officers are [often] required to command troops of men. Similar methodology exists in other training academies like the Officers Training Academy, the Air Force Academy and the Indian Naval Academy.

Q/The Army originally wanted women to write the NDA entrance exam in May 2022, but the Supreme Court advanced that date. Has this resulted in any challenges?

A/No. The NDA is almost 70 years old and has sound administration and infrastructure. We are fully poised to induct women cadets from June 2022.

Q/How do you see the future of women in the armed forces 25 years down the line?

A/We are a developing nation with the second-largest armed forces in the world. We are modernising and indigenising our defence infrastructure at a rapid pace and moving towards the theatre-isation of commands of the three services. There is no doubt that women have a role to play in the armed forces in the future.

Q/How have the curriculum and training changed in order to prepare cadets for the challenges of future warfare?

A/The training curriculum is ever-evolving and, over the years, has kept pace with changing training requirements. We have a system in place wherein, every five years, the curriculum and content of all aspects of training are reviewed and revised. This has helped us be future ready. Even during the pandemic, training remained unhindered and the methodology switched from contact mode in the classroom to online learning. The cadets have access to the National Knowledge Network, web portals of technical education and e-learning modules covering the domains of cyber security, cyber warfare and information security. The cadets are also given an opportunity to interact with personalities of national and international repute; their minds are impressionable and can imbibe attributes desirable in the military leaders of tomorrow.

Q/The best Indian talent still prefers IITs over the NDA. What are your plans to make the NDA attractive to students?

A/Comparison with IITs would not be entirely correct as these are two distinct institutes with varying aims and charters. Youth today seek to join professions of their calling. Four to 4.5 lakh aspirants write the NDA exam and it is reflective of the passion among the youth to join the armed forces and serve our nation.

Q/The armed forces continue to grapple with a shortage of officers. How do you think this problem can be solved?

A/The issue of shortage of officers in the Indian armed forces is being pegged at the highest levels. Career opportunities in the armed forces are being offered in the form of various entry schemes such as university entrance, technical entry and direct entry. The induction of women is another such step towards mitigating the shortage of officers. On the lines of less government and maximum governance, several vacancies are being outsourced and ex-servicemen are being hired in advisory capacities. But, of course, recruitment is a time-consuming process. The quality of the induction of officers is paramount.