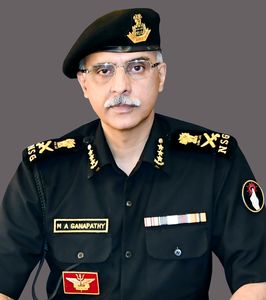 In the run up to the assembly polls in five states, the National Security Guard (NSG) has defused several improvised explosive devices (IEDs). While a court complex in Ludhiana witnessed a deadly blast on December 23, security agencies have been successful in defusing two sophisticated IEDs—one each in Punjab and Delhi—on January 14.

In an exclusive interview with THE WEEK, NSG director general M.A. Ganapathy said sticky bombs and weaponised drones would be the next major challenge for security forces.

Q/ The NSG has defused several IEDs in the past few months. What is the latest pattern?

A/ The threat of IEDs has increased significantly in recent years. There is a clear pattern of IEDs being dropped in India’s border areas through drones. A large number of such IEDs have been defused and analysed by the NSG’s bomb disposal teams. Most of these IEDs are sophisticated and indicate the role of state or quasi-state entities behind their fabrication. The latest trend is of sticky bombs. The NSG is aware of the threat of IEDs emanating from forces inimical to India and has the wherewithal to deal with it.

The NSG is also the repository of bomb data from across the country. The National Bomb Data Centre has been collecting and analysing data for many years. The NBDC will be upgraded through a digital portal where all stakeholders are connected under one platform and there is seamless flow of information regarding all major IED blasts in the country. Such flow of information will also include post blast as well as predictive analysis.

Q/ There are concerns about NSG commandos being roped in for VIP security duty instead of focusing on counter-terror operations.

A/ The NSG has a separate vertical for close protection duties. They are not drawn from the anti-terror force. Over the years, the NSG has also excelled in this field and has updated its tactical methodology to keep up with new age threats to protectees. However, the NSG now covers a very small number of protectees, and the focus of the force is primarily on anti-terror tasks.

In fact, there is a feeling within the government that the NSG should gradually get out of close protection duties and focus only on anti-terror matters. The idea is for the NSG to train state police forces and upgrade their skills in VVIP security, so that they become self-reliant. In this regard, the NSG training centre at Manesar has increased the training slots for state police forces in close protection training, so that such duties can be taken over by them.

Q/ How is the NSG enhancing its counter-terrorism profile?

A/ Constant state of preparedness of the force and readiness for operations is the best means to meet emerging security challenges. To this end, the NSG has also revised its training methodology, weapons profile and equipment profile. I can state with conviction that the NSG will be equal to the task whenever it is employed for action against urban terror threats of any kind.

As you are aware, the NSG’s core competency is in building interventions, anti-hijacking operations and bomb disposal and analysis. The NSG has the competence in the entire gamut of tackling urban terror scenarios. We constantly upgrade our operational skills by analysing global and national terror trends. Given India’s neighbourhood and the security challenges emanating from there, the NSG is ever ready to deal with any terror situation competently. 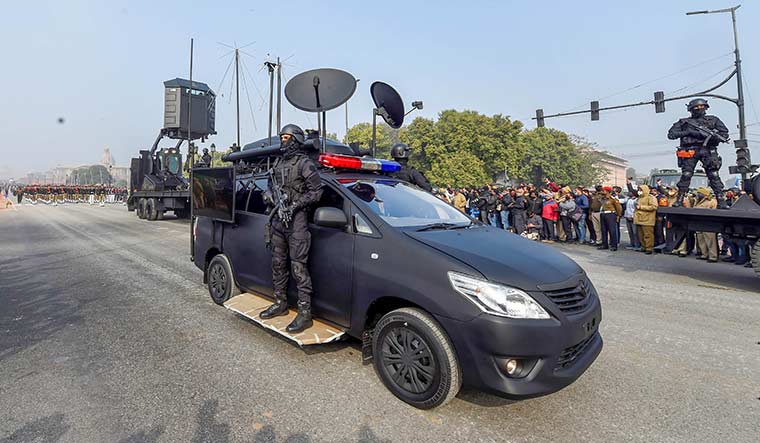 A/ The anti-drone technology is still a work in progress in much of the world. However, it is improving very fast to keep up with the evolving nature of drone threats, which is multi-dimensional. The NSG has the latest anti-drone systems and is also looking to upgrade the systems as per changing threats from weaponised drones of different kinds.

Weaponised drones are likely to be the next generation of terror tactics. It is a cost-effective and risk-free arsenal in the hands of terrorists. Given this fact, we have to gear up in a major way to effectively tackle this threat. For that to happen, anti-drone systems and protocols need to be of the highest order.

Put simply, such systems should be indigenously made and be easily available to all security forces, including police, at low cost. Government of India has already formulated a draft anti-drone policy and it is being finalised. The NSG is also in the process of setting up an anti-drone training school for the benefit of all security forces.

Q/ How will you compare the NSG with its counterparts around the world?

A/ The NSG is a world class special force in terms of the calibre of its manpower, tactical skills and the use of latest technology for operations. But comparisons with other special forces are not always appropriate in view of the differing threat environments in different parts of the world.

But it needs to be emphasised that the NSG is rather different from other special forces in terms of its composition, since there are elements of both the Army and the paramilitary forces in the NSG. This is a unique model and the best practices of both are harmoniously synchronised. This has certain advantages vis-à-vis other homogenous special forces.

Q/ How useful are the regional hubs the NSG created after 26/11?

A/ The NSG hubs were created to reduce the response time needed to mobilise and deploy the force. The hubs have come up in the west, east and south to effectively fulfil this requirement. They are self-sufficient in operational matters and can tackle normal terror incidents without any backup from other specialised task forces of the NSG based in Delhi/NCR (National Capital Region). Hence, the vision behind creating the hubs has largely been fulfilled. Only if there are unprecedented multi-city, multi-target attacks, backup support will be needed from other resources within the NSG.

Q/ Is there a reduction in the response time of the force?

A/ Yes, there is a major reduction in response time. Also, we have revised our SOPs to reduce the load of personnel and equipment required while mobilising, which has further improved the response time. The NSG can reach any part of the country at short notice. Civilian aircraft can also be used for this purpose, as per the government mandate.