'Judiciary failed to safeguard its independence owing to lack of leadership' 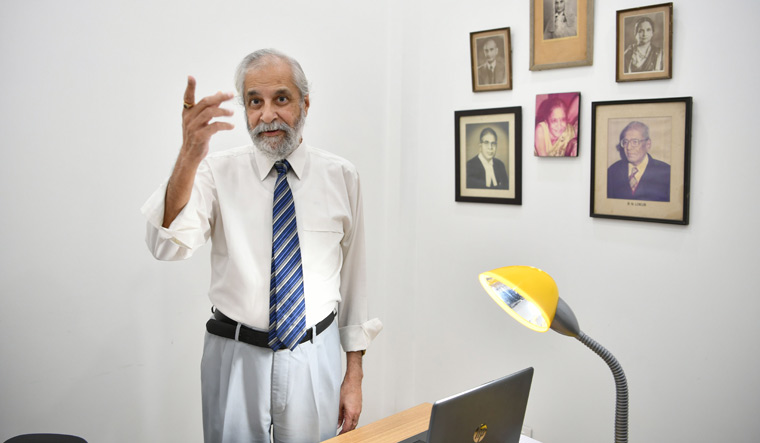 Justice Madan B. Lokur lauds the manner in which the Supreme Court has responded to Covid-related issues of late. The government, following the judicial intervention, had to act to save face, says the former Supreme Court judge.

Lokur was among the four senior-most judges who had addressed an unprecedented press conference in January 2018 to highlight what they believed was a grave threat to the independence of the judiciary. In an exclusive interview with THE WEEK, he says public confidence in the judiciary has been dealt a blow by various factors, and hopes Chief Justice of India N.V. Ramana will bring about a change for the better. Excerpts:

Q. Do you feel the Supreme Court has discharged its duties during the pandemic?

A. Not really. The pandemic was a countrywide disaster and called for a proactive response from all institutions and sections of society. The response of the Supreme Court could have been more positive and proactive. It was quite disappointing.

Q. There seems to be a change in the court’s approach to Covid-related issues—from not intervening on the migrants issue to passing orders on oxygen supply and vaccination policy.

A. The migrant workers crisis was in 2020 and the Supreme Court did not react in the manner in which it was expected to. Perhaps it realised that it had erred and was therefore more proactive in 2021 when disaster struck again in the form of lack of oxygen, lack of vaccinations and so on. In fact, it appears that the government had no laid-down policy and had to act to save face when the Delhi High Court was breathing down its neck with regard to oxygen supply and the Supreme Court was also [doing the same] with regards to an absence of a vaccination policy and oxygen supply. Yes, there has been a change for the better.

Q. In the last few years, the view that the judiciary, especially the Supreme Court, has shown deference to the executive has gained strength. What are the factors that have contributed to this view?

A. I would put it down to a lack of leadership, not necessarily strong leadership but just leadership.

Q. How do you view former chief justice of India Ranjan Gogoi’s decision to accept the Rajya Sabha nomination?

A. The nomination to the Rajya Sabha is the first of its kind, but the election of Supreme Court judges to the Rajya Sabha has happened before. The difference between then and now is that today the judiciary is under far greater scrutiny because of the events of the last two years or so and in the context of what might be perceived as a decline in the overall ethical standards in the judiciary. A combination of these factors led to widespread criticism of the nomination.

A. I think both the proceedings were totally unnecessary. They have not served any purpose at all.

Q. While the courts have been criticised by the civil society for not acting on certain issues, the government has criticised the courts for judicial overreach.

Q. The courts were prompt in switching over to online hearings during the pandemic. However, pendency of cases has grown during this period. Also, as cases mount, vacancies in the High Courts and the Supreme Court emerge as a major issue.

A. These questions will require long and detailed discussions. I believe the judiciary must take the lead, introspect and then do something about it. Ad hoc measures and knee-jerk reactions will only hinder the required transformation.

Q. How does the apex court deal with the issue of appointment of judges, especially since it is perennially locked in a confrontation with the government with regard to certain names?

A. Once again, leadership is the answer.

Q. Do you feel that the functioning of the collegium, which has been criticised for its opacity, for disregarding talent and, at times, for bowing to pressure from the government, requires to be revamped?

A. No one has suggested a substitute, let alone a good substitute for the collegium system. But yes, it can be improved. I do not think it requires to be revamped.

Q. What are your expectations from Chief Justice N.V. Ramana?

A. Justice Ramana has leadership qualities and if he chooses to bring about a change for the better, I am confident he will succeed and restore the prestige of the judiciary to a very large extent.