Ministry of cooperation: The lure for Amit Shah 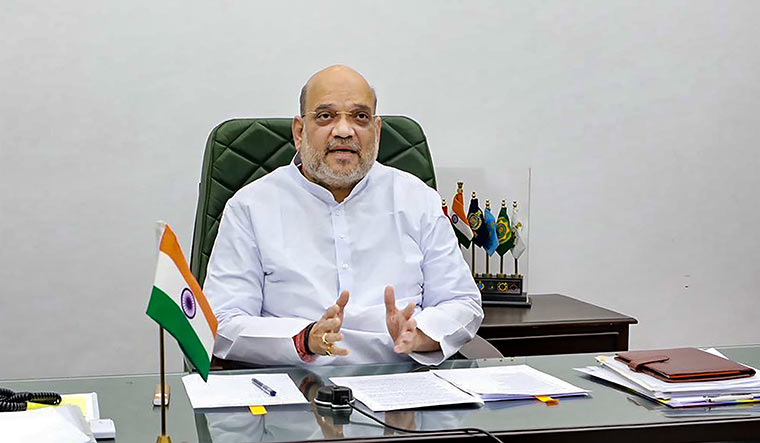 In 2000, a financial crisis in the Ahmedabad District Cooperative Bank helped him get elected as chairman of the board of directors and wrest control of the bank from the Congress. The bank had for years failed to pay dividend; it had just posted a net loss of around Rs20 crore, and was struggling to keep customer confidence.

Shah’s task was cut out. To prevent the bank from going under, he had to shore up its capital reserves and ensure money flow. A time-honoured practice in such situations was to ask for more aid from NABARD (the National Bank for Agriculture and Rural Development, which finances cooperative banks) and more lenient terms from the usually hawkish Reserve Bank of India. But since the RBI had sensed that Gujarat’s famed cooperative sector was itself under considerable stress, Shah did not have much leeway.

So he led the bank into the lucrative domain of securities trading, financing brokers and accountants who mostly traded in small-cap equities. Those were good times for the stock market: indices were climbing record highs mainly on the back of fledgling, internet-based tech startups. The term ‘dot-com bubble’ was yet to enter the lexicon.

Shah’s bank leveraged the profits accrued from the boom to turn itself around. By the end of the year, it had made a net profit of around Rs6 crore and paid a 10 per cent dividend. Shah went on to quietly increase the BJP’s grip on the state’s deep-rooted cooperative structure, which included sectors as varied as diary, agriculture, textiles, labour and infrastructure.

Shah’s cooperative experiments later proved instrumental in the BJP’s successive poll victories in Gujarat. As Union minister for cooperation, he is now eyeing a bigger playground: India has one of the largest cooperative ecosystems in the world, with collective revenues running into several lakh crore rupees a year. Experts say the new ministry will be a game-changer. Cooperatives have long been a state subject, but the Central legislation that is bound to come soon will take powers away from states and towards the Centre.

“It’s a revolutionary step,” said R.S. Sodhi, managing director of the Gujarat Cooperative Milk Marketing Federation, or Amul, the world’s second largest cooperative by turnover. “They have recognised that the cooperative way of doing business is a viable alternative to big businesses. Cooperatives are big businesses of small people—farmers, taxi drivers, traders and so on.” 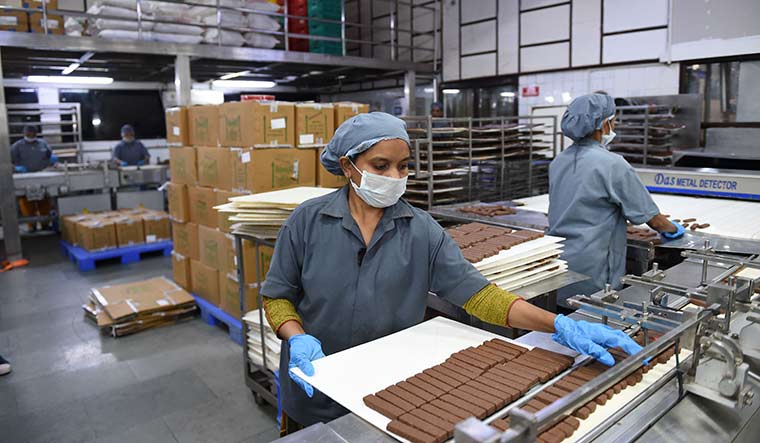 India has 8.5 lakh cooperatives with 29 crore people as members. An equal number of people is indirectly dependent on them. The total working capital in the sector exceeds Rs12.5 lakh crore, and the network of cooperatives covers more than 90 per cent villages in the country. The largest cooperative by turnover is IFFCO (Indian Farmers Fertiliser Cooperative Ltd), a conglomerate with five crore farmers as beneficiaries. Its interests span agriculture, insurance, technology and logistics. Its annual revenues exceed Rs25,000 crore. 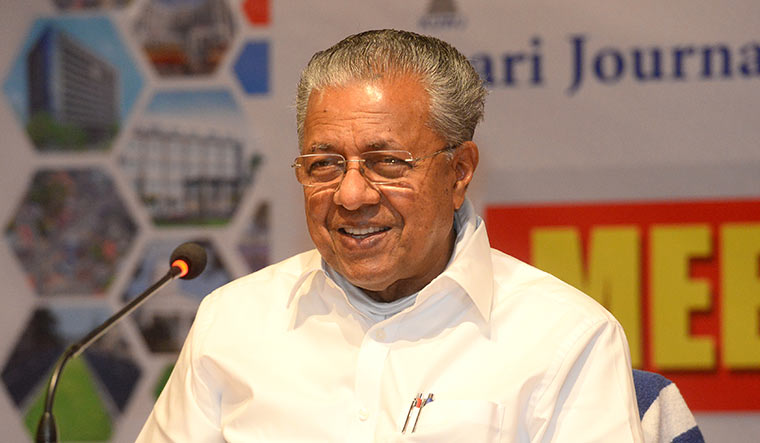 The cooperative sector in India is largely fractured, though, as each state has separate laws and regulatory bodies. And since cooperatives can function as a stable vote bank, politicians find it useful to control such organisations and undercut cooperatives led by rivals. When A.B. Vajpayee was prime minister, the Union government had tried to liberalise the sector by bringing in a law to form multi-state cooperatives, but it largely failed. In 2012, the Manmohan Singh government passed a constitutional amendment giving every citizen the right to form cooperatives, but provisions of it were later struck down by the Gujarat High Court. (The Supreme Court is now hearing an appeal filed by the Centre in this issue.)

“As a consequence [of the High Court verdict], state cooperative acts have not been liberalised or updated,” said Satish Marathe, founder of the Maharashtra-based NGO Sahakar Bharati. As an RBI Central Board director, Marathe played a key role in the formation of the new ministry, which he says would help usher in long-delayed reforms. 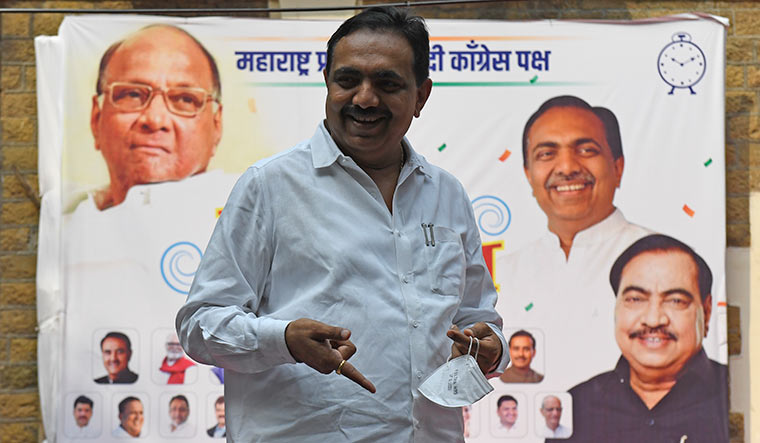 Ghanshyam Amin, chairman of Gujarat State Cooperative Union, said the formation of the new Union ministry bode well for Gujarat. Cooperatives in the state had long been demanding a separate department at the Centre to handle issues related to the sector. "Although India has the largest cooperative movement in the world, it is not strong enough," said Amin. "Being from Gujarat, both Prime Minister Narendra Modi and Amit Shah know the sector well. Shah would be able to handle the ministry ably."

Setting up consumer cooperatives could be a part of the BJP’s game plan in poll-bound Punjab and Uttar Pradesh, where last year’s farm reforms have considerably eroded support for the party. The Centre apparently wants to promote Swiss-style farm cooperatives, which can procure and sell produce. The BJP expects this push to help in the speedy delivery of financial assistance to farmers and in countering charges that the party is favouring corporates. The government has already been implementing the Kisan Credit Card and Soil Health Card schemes through cooperatives. Apparently, plans are afoot to at least double the food storage capacity in the cooperative sector (23 million tonnes currently, or 15 per cent of the total storage capacity in India) to defuse protests and give farmers greater economic freedom.

But such steps would require wide-ranging legislation that would affect state governments. Opposition leaders fear that Shah will use the opportunity to help the BJP in states where it has been struggling. In Kerala, for instance, the party has long been trying to break the left’s hold on the cooperative sector. “There is apprehension about the Union government’s move because cooperation is a state subject,” said Kerala Chief Minister Pinarayi Vijayan. “It is still not clear why the ministry has been formed out of the blue.”

Congress leader Ramesh Chennithala said the new ministry was a “violation of the federal principle”. “They are doing it to hijack cooperative movements across the country,” he said.

In Maharashtra, where the Nationalist Congress Party controls many sugar cooperatives, there is fear that the new ministry would upset the power balance. The Centre’s move has also come at a time when NCP chief Sharad Pawar has joined hands with the left in an effort to float a third front.

But, despite this, there is hope that the new ministry will help resolve problems in cooperative banking. The run on the Punjab and Maharashtra Cooperative Bank in 2019 had earlier prompted demands that the Centre form a separate department to look into cooperative banking issues. The demand has been gaining traction since last year, when a Central ordinance enabled the RBI to regulate urban cooperative banks across the country.

“With RBI regulations, the autonomy of urban cooperative and district cooperative banks is now in danger,” Jayant Patil, Maharashtra minister and NCP state president, told THE WEEK. “Shah was in charge of a [cooperative] bank in Gujarat, so I am confident that he will bail out the sector from all this.”

In recent times, the RBI has been cracking the whip on shoddy book-keeping and dubious lending practices in urban cooperative banks in Maharashtra, Karnataka and Kerala. Most of these banks, say experts, suffer from non-performing assets, inadequate capital reserves and an inability to raise funds to meet growing demands.

“Cooperatives have no access to capital markets, so they are totally dependent on the government,” said Marathe. “Ease of doing business norms should also be extended to cooperatives.”

Such reforms, however, would require the Centre to come clean on its motives. “The decision [to form the ministry] is okay. But the intention has to be seen,” said Arup Roy, cooperative minister in West Bengal.

Would the ministry help solve problems faced by cooperative institutions? “I doubt that,” he told THE WEEK. “The Centre harmed cooperative banks through demonetisation. All the banks suffered because of the draconian decision of the government [to not let cooperative banks exchange banned notes]. It was to offset that damage that the Centre brought in an ordinance last year bringing these banks under the RBI.”

The question is, how would Shah proceed now? He had succeeded in rescuing the Ahmedabad bank in 2000, but it did not set a desirable model for other cooperative banks. The Madhavpura Mercantile Cooperative Bank, for example, had tried to take a leaf out of the Ahmedabad bank’s playbook by lending hundreds of crores to a chartered accountant called Ketan Parekh, whose involvement in a trading scam later led to the biggest Sensex crash since 1992. If it were not for the combined efforts of the Central and state governments and the RBI, as many as 168 banks who had large deposits in the Madhavpura bank would have also gone under. Shah himself was a member of the panel that was constituted to prepare a bailout package for the banks. In 2002, less than a year after the mess began to recede, Shah became number two in the newly elected Narendra Modi government in the state.

Opposition leaders who know this history are wary. They know that Shah and the BJP may well make good use of the current crisis as well.

—With Rabi Banerjee and Cithara Paul