UP govt wants Bundelkhand expressway to be India's safest highway 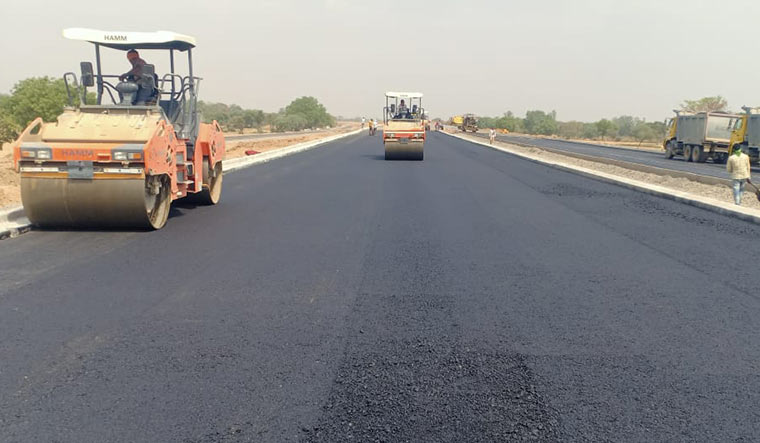 Two deaths an hour. That is the rate of road accidents in Uttar Pradesh, the largest contributor to nationwide fatalities. UP has also been the first state to adopt a road safety policy. The preamble to the policy, adopted in 2014, says, “The government of Uttar Pradesh is highly concerned about the steep rise in the number of road accidents, injuries and fatalities in recent years. It is the ground reality that road accidents have now become a public health issue, and the victims are mainly from poor sections of society.”

In recent years, UP has seen a massive push to build highways and expressways, which include the Purvanchal expressway, the Gorakhpur link expressway and the Bundelkhand expressway.

The state government wants the Bundelkhand expressway to be the country’s safest highway—with road safety engineering leading to a reduced number of accidents, and fatalities reduced with ready access to medical facilities.

With technological inputs from Intercontinental Consultants and Technocrats private limited (ICT), the Uttar Pradesh Expressways Industrial Development Authority (UPEIDA), headed by additional chief secretary Awanish Awasthi, is putting in place measures that will kick in as the expressway opens for use in early 2022.

Said Kiran Kumar Kapila, managing director of ICT, “We can build an expressway, which will be quoted for years to come as a case study of the safest such structure anywhere in the world.”

These are many aspects that go into building an expressway. One of them is safe infrastructure engineering, which means not only making the safest structure under existing norms but also making a structure that is forgiving towards human mistakes. Vehicle engineering, like conspicuous reflective tapes on all commercial vehicles, is important. Vehicles that do not have tapes, which are inbuilt into many newer models, should be strictly barred from entering expressways.

Another critical aspect is education to ensure that road users employ maximum caution, for which a controlled-access expressway is required. Educating people on the Good Samaritan law helps as that will make people rescue victims of an accident rather than make videos or stay silent spectators.

The need of the hour is to include lessons on road safety into the school curriculum. The ICT has prepared them for NCERT books from classes six to ten, and has suggested that the UP government incorporate it in the state board curriculum. Awareness building is also to be done through road safety messages and songs played on television, radio and social media, and at public places.

Education for service providers is also critical. For this, police stations, within a buffer zone, have to be mapped, and the personnel trained in traffic management, the Good Samaritan law and accident collection data, which includes determination of speed of vehicles through radar. The collection of road accident data on standardised forms ensures comprehensiveness.

Another critical parameter is enforcement of speed limits and other stipulations, a uniform advanced traffic management system and a tolling system to cover the entire highway.

Last, it is important to have an emergency care system, which includes mapping of health facilities, training of able-bodied young adults (bystanders) in providing first aid and training of paramedics in first aid trauma care. A survey of medical facilities is to be done in a pre-set format.

In 2019, India reported 1,51,113 deaths due to road accidents. This translates into 417 deaths a day or 17 deaths in an hour—equivalent to one jumbo jet crash with no survivors. Yet, as Kapila said, “Airline crashes are followed by searches and investigations. That does not happen with road accidents as most of those who suffer are poor.”

Said Ahustosh Soti of the Lucknow-based Shubham Soti Foundation that works to create road safety awareness, “If there is an issue which concerns every person, it is road safety. Interventions that put a stop to this hazard thus cannot be standalone but have to be built into our everyday lives.”

Since 2010, Soti’s foundation has adopted numerous innovative ways to educate people, like having volunteers dressed as zebras to emphasise the need to respect rights of pedestrians.

The Bundelkhand expressway, hopefully, could show the way to bring down these numbers.