Cobra forces are burdened by law, naxals are not 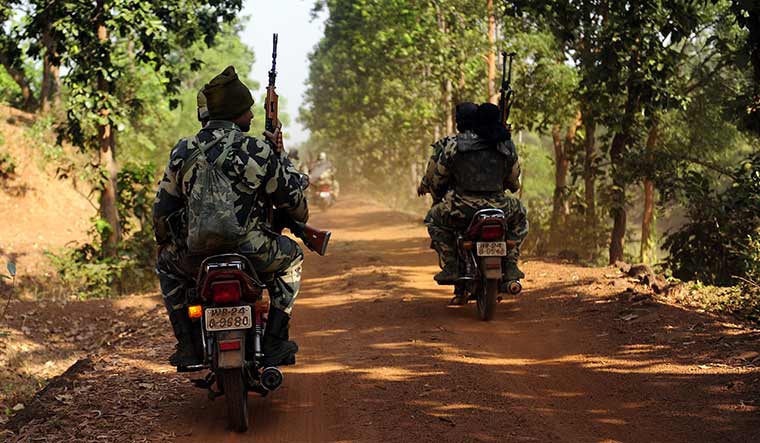 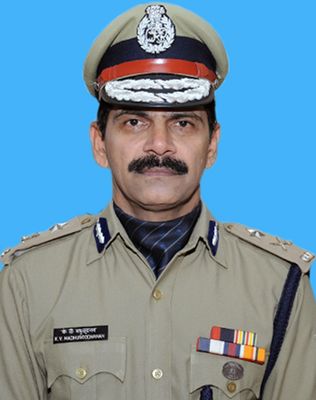 SEPTEMBER 2009: My memories of the young Manipuri officer haunted me during my drive to the technical area of Palam airport. I was going there to pay my last respects, before his body was flown to Imphal. Six months ago, during the interview to enlist officers into the newly raised CoBRA (Commando Battalion for Resolute Action), the tough-looking Manoranjan Singh came across as confident and determined to join the force while many others were unsure.

After Delhi was convinced about the need for a specialised force to tackle left-wing extremists, the Central Reserve Police Force was given this stupendous task and a close deadline. There were high hopes, a lot of hype and the CRPF was straining to meet the deadline. So, within six months of the interview (Singh was inducted, trained and deployed in Chhattisgarh in the meanwhile), I found myself on the tarmac in Palam. Singh had died while leading a major offensive against left-wing extremists. During the pre-mission briefing, he had told his men that this was to be a litmus test for the newly-raised special force; he declared that his would be the first CoBRA blood to be shed, if it came to that. True to his oath, he was the first CoBRA we lost.

We, at headquarters, knew that we had taken on an enormous task. Mandated to raise 10 units (roughly 10,000 personnel) of CoBRA, the CRPF—already understaffed, over-deployed and showing signs of strains from continuous engagement on insurgency and terrorist grids—had to identify and develop 10 centres in affected states, and induct, train and equip personnel. In addition, senior staff had to formulate SOPs, methodologies and strategies.

The Maoist menace is a grievance-driven movement and ideology-driven insurgency. Hence, CoBRA would require new tactical doctrines, skills and resources. While the Maoist struggle is total—no time limit or fixed geographical target—CoBRA had to operate under limitations of law. There were no drawn lines of conflict, and CoBRA had to account for every person apprehended, injured or killed. The extremists have no such liabilities.

The Greyhounds of Andhra Pradesh was the only model before us. The induction of former Greyhounds chief K. Durga Prasad as inspector general and head of CoBRA did help a lot in the initial months. But he had to go back to Andhra Pradesh due to compelling domestic reasons. As founder DIG, frankly, I was under severe strain to measure up to the difficult task. Raising an armed force unit is always a challenge, and here we had to raise 10 units of special forces. Only the CRPF could have done it. It had already raised special wings like the Rapid Action Force, the Special Duty Group and had pioneered in raising women battalions. So, it was a jolt to lose a young officer even before CoBRA was full-fledged. We had to keep the morale high, but with no compromise on human rights.

Salwa Judum, a concept developed by Congress MLA Mahendra Karma, could not pick up momentum. (Karma was assassinated by Naxalites on May 25, 2013. His convoy ran into landmines, after which he was dragged out, shot and stabbed.)

Abujmad (literally ‘unknown area’) was declared by Maoists as a liberated area. Detection and disposal of explosives, especially IEDs, were the real challenge. If IEDs did not explode, you lived to tell the tale. Only those who have heard the whine of bullets whizzing at 2,700 feet per second or more, just inches above their head, can truly appreciate the challenge of fighting a well organised, motivated and armed adversary. An adversary who can never be identified easily even if he is seen gossiping at a wayside dhaba, so then imagine taking him on in his own adda (den).

It is just skewed warfare when you do not know who the enemy is, and you cannot disrupt village life, though you are sure the extremists are hiding among them. You do not have Armed Forces Special Power Act on your side, like in insurgency-affected areas; your adversary enjoys all rights under a vibrant democracy.

In the glow of bright hindsight, analysts can easily punch several holes in battle drills and SOPs. Armchair experts are prompt to point out that the troops did not wear body armour, etc. While patrolling in the humid heat of deep tropical jungles, when operations on foot continue for many days, one often feels like peeling off the shirt to escape the life sapping humidity.

It is understandable when elite intellectuals clamour for human rights, unmindful of the rights of soldiers and innocent villagers. But it is depressing to hear the top brass commenting uncharitably like a state police chief himself did when 76 CRPF soldiers were butchered on April 6, 2010, in Bastar: “Who will teach the CRPF to walk?”

It is a fact that field commanders make the mistake of spreading their force thinly to cover larger areas, and inadvertently provide an easy target. Even ultramodern US and NATO forces face casualties. Recall how they fared in tropical jungles in Vietnam. Here, the Central Armed Police Forces are not operating in a war zone, the adversary is unseen and he is our very own citizen with terrain advantage.

I feel that the Maoists are undertaking probing operations to demonstrate that they are in a commanding position, so that the local population toes their line. It boosts the spirits of their own cadre while weakening the morale of special forces. They are able to muster people’s militia or base force to the tune of hundreds. To 200 regular guerrillas they add a thousand militia and easily take on battalion strength special forces. Mobile warfare is a decisive stage in guerrilla warfare and its objective is to liberate pockets of influence. They set up rudiments of alternative administration where the government control is weak. This is called mobile revolutionary offensive tactics.

Now, how do we deal with it? Through a twin-track response of firmly tackling the security threat, and simultaneously implementing socio-economic development programmes in vulnerable areas. The Maoists openly oppose and disrupt developmental projects—especially infrastructural progress essential for overall development and investment. Hence, upgrading the security environment is a prerequisite. Equally urgent is the requirement of mainstreaming the marginalised tribal population of the affected areas, especially in the Bastar region.

The example of Kerala shows that the Naxal movement is more grievance-ridden than ideology-driven. Had it been ideology-driven, Maoists could not have found a more fertile soil than Kerala, with its Left leanings. But the fact is that despite their best efforts they have not been successful in spreading their tentacles because successive governments have taken care of tribal welfare and mainstreaming of the marginalised. The even spread of facilities and infrastructural development ensured proper integration of urban, semi-urban, and so-called tribal belts. And, hence, “liberated zones” remain a distant dream in the state.

Madhusudhanan, who retired as IG north-eastern sector of the CRPF, was founder DIG of CoBRA.