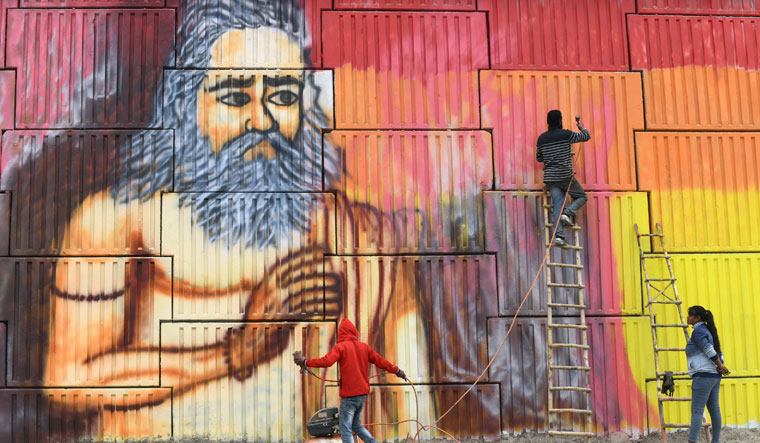 The Maha Kumbh Mela was supposed to be a special one this year, astrological calculations entailing it be held after 11 years instead of the usual 12. However, none of these calculations had factored in a pandemic. How do you hold an event, known for the congregation of humanity, in an age of social distancing? 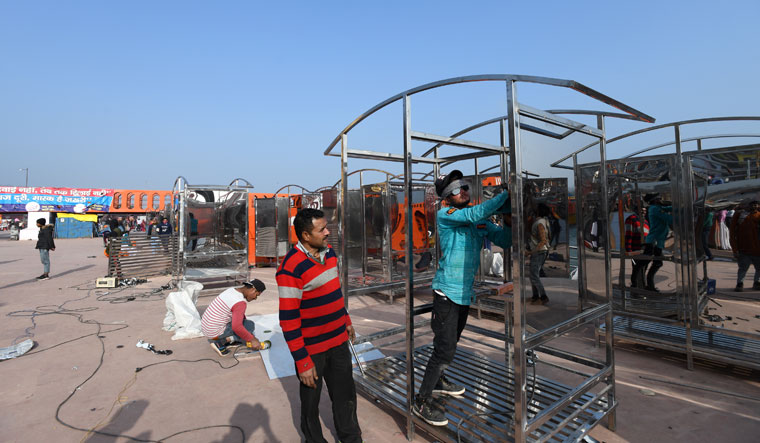 If Prayagraj is the sangam of rivers, Haridwar this year might well be the confluence of faith and science, where Gangajal and sanitiser are both revered. You see it even as you step out of the railway station, where booths have popped up to register entrants.

Another obvious change is the absence of foreigners, owing to the travel restrictions. The Kumbh Mela is otherwise a magnet for them, who either come with their cameras to capture the colour, or themselves are draped in the peetambar (yellow robes), seeking a slice of eastern spirituality. 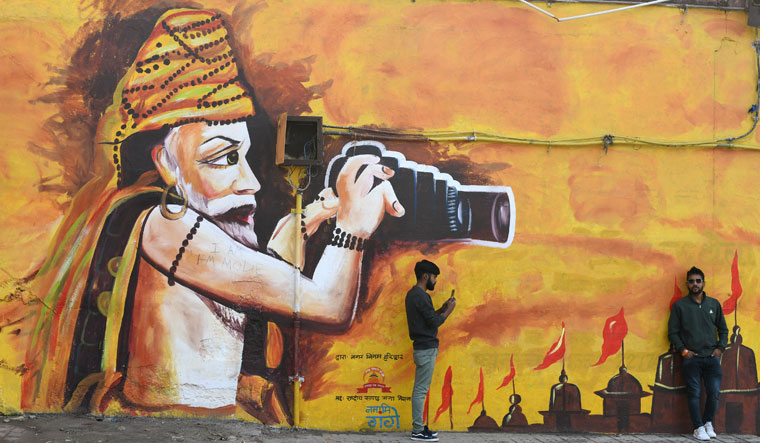 Regulated footfalls may not be good for a place that looks forward to this once-in-12-years injection in the economy. But with the pandemic affecting even the regular year-round visit of the devout, locals have welcomed this ‘lite’ avatar of the Maha Kumbh. Officials expect around 10 crore visitors during the event, which will be on till April end. Apart from Haridwar, arrangements are being made in Dehradun, Rishikesh and nearby towns to accommodate people. In Haridwar alone, there are around 800 hotels and some 350 ashrams. Hotels provide a number of add-ons to the spiritual experience―escorted baths, bhajan nights on the terrace and sessions with astrologers. “We also offer satvik food, curated into regional and multicultural cuisines,”says Vibhas Prasad, director, Leisure Hotels Group. 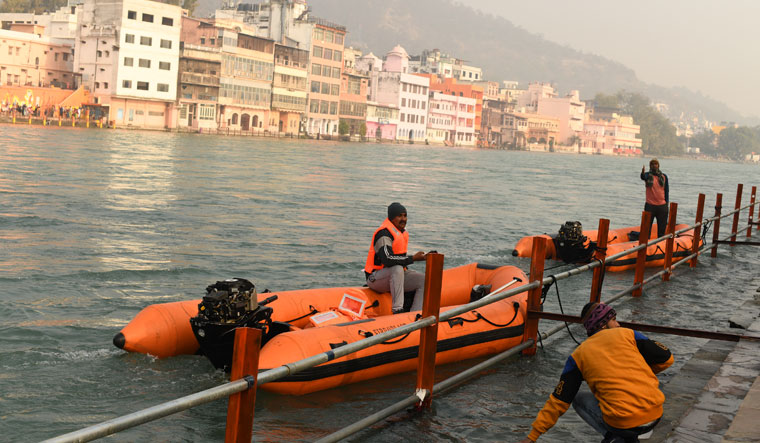 Divers on standby in case of drowning incidents

There are about 107 bathing ghats, which have been colour-coded according to the vulnerability of the pilgrims. Uttarakhand Chief Minister Trivendra Singh Rawat said that they should not let the event turn Haridwar into a “Wuhan or Markaz”. Around 10 lakh pilgrims are expected on a regular day, with around 50 lakh on special bathing days, starting with the first shahi snan of March 11. The ghats have been GIS-mapped, which will help the control room keep track of the numbers. The Ganga here is still a young river, not the mature lady of Prayagraj. She comes tumbling down the hills, sometimes reflecting the Himalayan foliage, sometimes the blue sky, the sun spangling her waters with a blinding gold by day, moonlight giving her dark waters ethereal silver streaks by night. She does not encourage the massive rush of sadhus for the first dip on shahi snan days, a sight typical of Prayagraj. Instead, you have to step down demurely into the ghats, mindful of not slipping. Har ki Pauri is the most auspicious place for a sacred dip, but only those who have pre-registered may be allowed on special occasions.

The ghats have been given a makeover, the old worn steps replaced by marble and red stone ones. And, several new pedestrian bridges span the river. The Namami Gange work has ensured there are no gutters spewing sewage into the river. 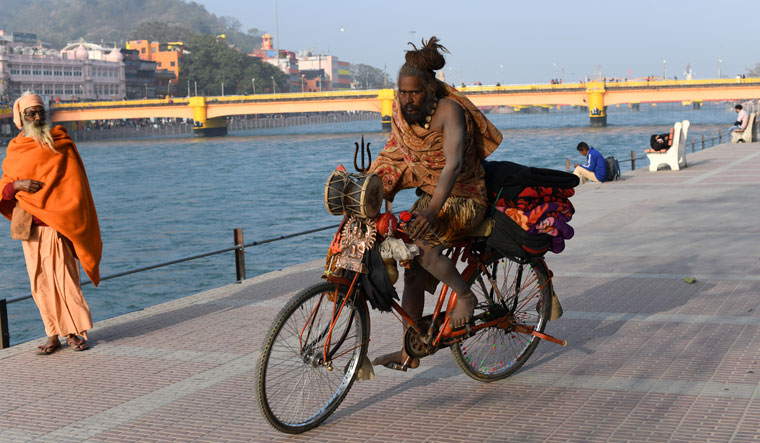 A sadhu carries a few belongings with him on his cycle

January 14, the first day of the mela, saw the coronation of Swami Kailashanand Giri as Mahamandleshwar Acharya of Niranjini Akhara. He sat on a dais, draped in a dhoti, as sadhus poured buckets of milk, water and showered him with flower petals.

There will be more such events to witness in the days to come. Shutterbugs, however, need to be careful when approaching sadhus, especially while they are smearing ash on their bodies. These are personal moments, and sadhus are known to get offended or aggressive. Their wrath is something that even gods in previous yugas tried to avoid.