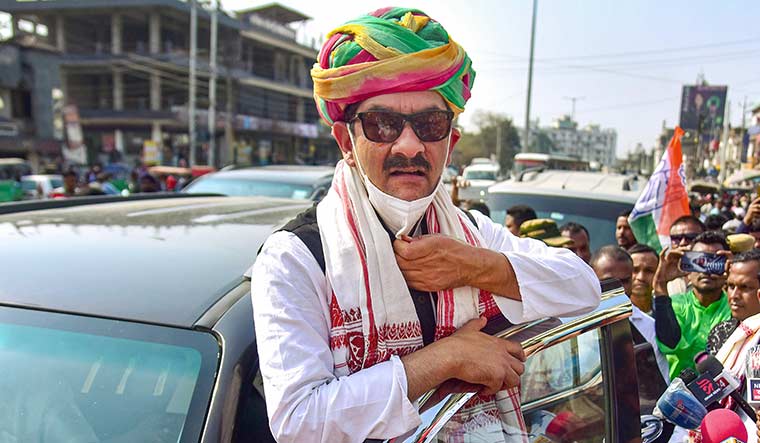 What are the Congress’s prospects in these elections?

We have very senior people guiding us. Chhattisgarh Chief Minister Bhupesh Baghel [won] the state back after 15 years. Mukul Wasnik is a great organiser. Shakeel Ahmad Khan is very experienced.

We have tied up with six parties, which had no pre-conditions for the alliance. [These elections are] about the identity and culture of Assam, which are being completely ruined by the BJP.

Would CAA and NRC be major issues?

Of course. Those come with the culture and identity of Assam.

So would these figure prominently in your manifesto?

It is not going to be the Congress party’s manifesto, but the people’s manifesto. Senior Congress leaders will reach out to the poorest of the poor.

The BJP’s victory in Assam was its entry into the northeast, which was the Congress’s stronghold.

The BJP has formed governments by breaking up small parties or the Congress. This is a new type of politics for the region, and the people of the northeast do not like it.

Also, Assam had never seen freebie culture before. They are trying to buy votes.

It is being said that after the death of Tarun Gogoi, the party does not have a face.

Who are the BJP’s faces? One is Mr Fixer, Himanta Biswa Sarma. He just fixes things, takes bribes and puts people in jail. And then, we have [Sarbananda] Sonowal, who is a dummy chief minister.

But there is intense infighting in the state unit.

It might be the case in many other states, but not in Assam.

It is true to a certain extent. He was a trusted aide of Tarun Gogoi. He had some sort of a hold on the party. The emphasis is on ‘had’.

Some leaders felt that allying with the All India United Democratic Front would alienate indigenous voters.

That is a perception the BJP is trying to create. We are all like-minded secular parties. There is no negative (feeling against) the alliance. We are also reaching out to other parties that are fighting to save the Assamese identity.

Would the alliance have a chief ministerial face?

No. We have strongly stressed on having a collective leadership.