Freemasonry, with its inclusive values, may have much to offer 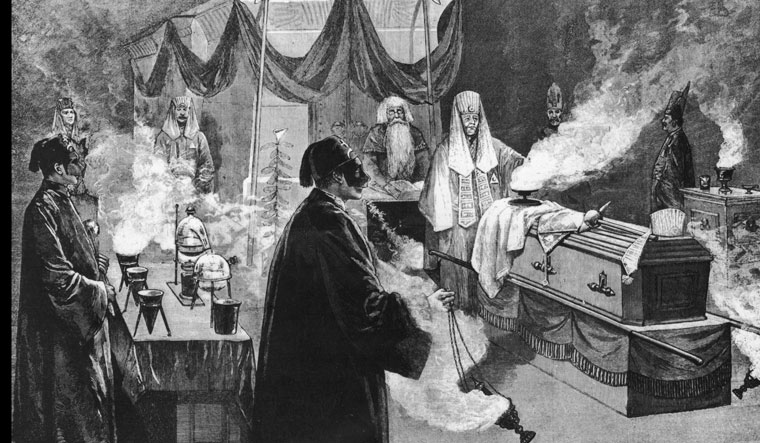 Vouchsafe Thine aid, Almighty Architect of the Universe, to this our present convention, and grant that this candidate for freemasonry may so dedicate and devote his life to Thy service as to become a true and faithful brother among us. Endue him with a competency of Thy divine wisdom that, assisted by the secrets of our Masonic art, he may the better be enabled to unfold the beauties of true godliness, to the honour and glory of Thy Holy Name.

The above is a prayer spoken by the Worshipful Master of a freemason’s lodge (or a masonic temple) at the initiation ceremony of a freemason. This might give the impression that freemasonry is a religious order that swears allegiance to the ‘Almighty Architect of the Universe’. But nothing could be further from the truth, says Abraham Cherian, Past Master of Lodge Kottayam No. 245 in Kerala. “Freemasonry requires you to believe in one God, any God,” he says. “In foreign countries, normally only the Bible is kept in the lodge. Here, in India, in addition to the Bible, we keep the Gita, Koran, Zend Avesta and Guru Granth Sahib, so that people of different denominations can take their obligation on their book of faith. Inside a masonic temple, when a ceremony is conducted and the name of God is invoked, every person is allowed to invoke the name of his God. It is the most secular organisation ever.”

It is this flexibility and inclusiveness that make freemasonry an antidote to fundamentalism and authoritarian beliefs. Ultimately, freemasonry is nothing but a moral code to help make “good men better”. Historian John Dickie, in his book The Craft: How the Freemasons Made the Modern World, describes it as “a way of binding males in fellowship that has been propelled across the globe and through hundreds of years of history by the force of its mystique”.

Freemasonry has a curious ability to create a powerful sense of identity in its adherents. “The emphasis is on development of the individual to the extent that freemasonry becomes a way of life,” says Abraham Markose, who was the Regional Grand Master of the Regional Grand Lodge of Southern India from 2017 to 2020. According to Markose, freemasonry has taught him to be more compassionate, liberal and broad-minded in his thought and outlook. “It has made me a better son to my parents, a better brother to my siblings, a better husband to my wife, a better toiler in my profession, a better father to my childrenì.,” he says. 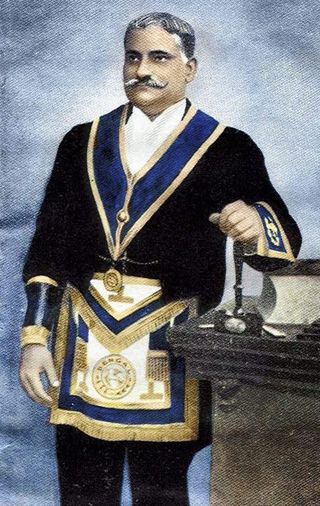 In full attire: Motilal Nehru was a zealous freemason | PTI

Freemasons believe that masonry originated from medieval stonemasons’ guilds in England. According to Dickie, medieval trades those days were rich in regulation, ritual and myth. There were rites of passage and oaths to protect trade secrets and reinforce solidarity. These myths and stories were memorised and passed down through the generations. Some of the stonemasons’ myths go back to the beginning of time. The most prominent of them is the story of how the biblical Solomon’s temple was built employing 40,000 stonemasons. The chief architect was a man known as Hiram Abiff, who features in the third degree rituals of freemasonry, in which the brethren enact a play about the murder of Abiff. (There are three progressive degrees in basic freemasonry, and hundreds of higher degrees which only a few freemasons take.) According to masonic tradition, Abiff was killed with a series of blows to the head when he refused to give up the secrets of a master mason.

Over the years, operative masonry (consisting of masons who worked with stone) evolved into speculative masonry (consisting of masons who do not work with stone, but rather “use the tools and skills of operative masons as metaphors for living a good life”.) That is when freemasonry consolidated from a group of crude craftsmen’s guilds to an elite and international movement, with over six million masons across the world today. It includes in its ranks some of the most prominent figures in history, like George Washington, Motilal Nehru, Amadeus Mozart, Arthur Conan Doyle, Rudyard Kipling and Swami Vivekananda. No less than five kings of England and 14 presidents of the US have been masons. In India, four presidents, numerous maharajahs and a few well-known industrialists like Sir Dorabji Jamshedji Tata and J.R.D. Tata were freemasons.

The most fascinating aspect of freemasonry is its secrecy. Of course, today this has no meaning beyond symbolism, since all of freemasonry’s “secrets” are out in the open. Yet, it is this secrecy that has made freemasonry the subject of endless conjecture. From poisoning Mozart to engineering the French Revolution, conspiracy theories surrounding freemasonry are a dime a dozen. Although most of these are nothing but myths, according to Dickie, the movement has been adapted and abused in innumerable ways, with both the Sicilian mafia and the Ku Klux Klan borrowing many of its tenets.

Thirty-five years ago, during his initiation ceremony, A.P. Chitra, a former Regional Grand Master from Visakhapatnam, was blindfolded by a man in an apron wielding a drawn sword. His right sleeve was rolled up, and the left leg of his trousers, so as to expose his knee. His arm was taken from the left sleeve of his shirt. A loop of rope was placed over his head. He swore his allegiance to the order and thus began his journey in freemasonry. 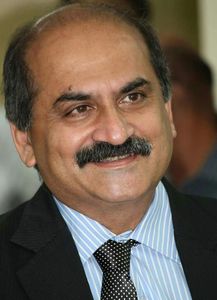 “Symbolically, if you moved forward, you would be pierced by the sword,” says Chitra. “If you tried to retreat, the noose ensured you died by strangling. I remember being completely awestruck by the ceremony, although I could not understand half of what was happening.”

Such elaborate rituals are an inherent part of freemasonry. It is paradoxical that a movement swathed in so many ancient myths, rituals and allegories would encourage in its followers a scientific temperament and modern outlook. This apparent contradiction in freemasonry is perhaps its greatest contribution to India. The first masonic lodge in the country was established at Fort William in Kolkata in 1729, around 12 years after the constitution of the Grand Lodge of England. Today, there are about 360 lodges in 142 locations in India, together uniting 25,000 freemasons. The Grand Lodge of India was established in 1961, in the presence of delegations from the three original Grand Lodges of England, Scotland and Ireland. Within a few weeks, Regional Grand Lodges for eastern, western, southern and northern India were established, with headquarters in Kolkata, Mumbai, Chennai and Delhi respectively.

From colonial times, freemasonry has played a role, albeit a small one, in building the country and shaping its values. “Indian freemasons were often leaders in socio-religious reform movements in their respective communities, whether Hindu, Muslim, or Parsi, and the reformed religions they sought to construct looked much like freemasonry, in conformity with science, and without barriers such as caste,” writes Vahid Jalil Fozdar, a history professor at California State University—East Bay, in Constructing the ‘brother’: Freemasonry, Empire and Nationalism in India.

An’ Saul the Aden Jew,

Of the Survey Office too;

An’ Amir Singh the Sikh,

An’ Castro from the fittin’-

We met upon the Level an’ we parted on the Square,

An’ I was junior Deacon in my Mother-Lodge out there

The Mother Lodge was a poem written by Rudyard Kipling in 1895. Kipling had been initiated at the Lodge of Hope and Perseverance in Lahore in 1886. He had always been fascinated by freemasonry, which makes recurring appearances in his writing, like in his short story The Man Who Would Be King (1888) and his novel Kim (1901). The Mother Lodge was his distillation of what freemasonry stood for—a universal brotherhood without the barriers of caste, race or class. The poem was much lauded as freemasonry’s highest ideal and did its rounds in colonial lodges across the world.

But was the universal brotherhood of The Mother Lodge simply a utopia that never existed outside the poem? Not really, says historian and writer Karthik Bhatt, who co-wrote a book on freemasonry in south India called Brotherhood and Benevolence. According to him, there were several heroes of freemasonry in India who risked their lives to uphold its values of tolerance and equality. He cites the example of Henry Nelson, a freemason and partner in Parry & Co from 1845 to 1861, who was a vehement champion of Indians. He opposed the imposition of the income tax in Madras, and fought for the Legislative Council to be reconstituted with representation from Hindu, Muslim and Anglo-Indian communities. “It was rare those days for an Englishman to go to such extents to uphold the values of equality and brotherhood,” says Bhatt. In fact, the reason why freemasons wear gloves in their ceremonies is so that no one can tell the difference between the hands of a nobleman and a commoner. All brothers, claim freemasons, are equal before God and before each other.

And has this brotherhood percolated down the decades to the India in which we live currently? Although freemasonry has a reputation of being an elitist organisation today, Dr Balaram Biswakumar, who was the Grand Master of the Grand Lodge of India from 2009 to 2012, refutes it. “Initially, this might have been true, with some of the most prominent Supreme Court judges, politicians, police officers and lawyers counted among its ranks. But seeing freemasonry’s goodness, others, too, were attracted to it. Today, freemasonry is the only secular organisation in the world, which includes a multiplicity of Hindus, Parsis, Muslims, Christians and Sikhs. The only condition is that each brother is strictly prohibited from imposing his faith on others.”