We had to make Favivent cost-effective for everyone 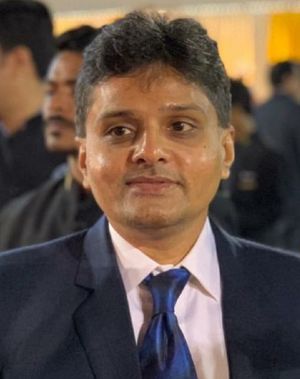 Jenburkt Pharmaceuticals was the second pharma company in India to introduce the oral antiviral Favipiravir. Jenburkt’s Favivent is being used to treat mild to moderate Covid-19 symptoms. At the time of its launch, it was the lowest-priced Favipiravir in the market at Rs39 for a tablet.

Q/ Do take us through Jenburkt’s role during the pandemic.

A/ Right from March, when the nationwide lockdown was announced, not many [effective] medicines were available. We had hydroxychloroquine, but it was used on an experimental basis. It was a tough situation because we were learning from what was happening in Europe, especially in Italy and Spain.

In June, Remdesivir was introduced for severe Covid-19 infection and the tablet Favipiravir was prescribed for mild to moderate cases of Covid-19. We launched Favivent, which is a broad-spectrum antiviral agent that selectively inhibits RNA polymerase of influenza virus and prevents replication.

Given the current scenario of health concerns and economic challenges surrounding Covid-19, if we as a pharmaceutical company cannot make a significant positive difference to society, our company’s very existence is inconsequential.

Q/ Tell us more about Favivent.

A/ Favipiravir was developed by a Japanese organisation for the treatment of influenza. Initial reports from China said that it was helping in the treatment of mild to moderate cases of Covid-19. Japan, the Middle East and Russia also accepted this as a drug for Covid-19. So, the Drugs Controller General of India gave an emergency approval, considering the (rising) number of cases.

Jenburkt Pharmaceuticals launched Favivent at Rs39 per tablet. It is manufactured in Telangana, (in a plant) which is compliant with the standards of the US Food and Drug Administration and the European Directorate for the Quality of Medicines and HealthCare. Favivent will be available in a strip of 10 tablets… as a prescription-only drug, which is to be administered under the supervision of a doctor.

Q/ Jenburkt is new to the antiviral drugs segment.

A/ In April, we were deciding whether to get into this [segment] or not because this was an antiviral, just like the drug for HIV. Around May, we decided to go for it. Tragically, a few colleagues had lost their close ones to Covid-19.

The idea is that if one [takes] Favivent quite early, when the symptoms are mild, then one can be treated at home. Some reputed doctors with whom we had sessions said that whenever [the treatment] starts very early, a normal patient will respond to the drug within seven to eight days. And hence, hospitalisation may not be required.

Q/ How did you bring down the cost for Favivent to Rs39?

A/ When it was launched in India, Favipiravir was available for Rs75 per tablet. Now, the number of tablets one needs to take is quite high. On day one, a patient must consume 18 tablets of 200mg each (nine in the morning and nine in the evening). From day two, one must take eight—four tablets each in the morning and evening. This can be had for up to 14 days…. At Rs75 per tablet, the total cost of the dosage turned out to be far expensive and so we brought it down to Rs39.

We felt that when the disease would spread to smaller towns and would have to be contained at a mild to moderate stage, we had to make it cost-effective for everyone. At that point in time, anyone who would price the drug below Rs40 a tablet would either lose money or break even. So, this was never a money-making prospect for us, to begin with.

Perhaps, later, if the prices of the raw material fall down, one may end up making a bit of money. But we never started out with a business plan for Favivent. Our position was very clear that we would encourage other organisations to price the product less than Rs40 as a service to the nation. But then, we saw that this price drop from Rs75 to Rs39 had triggered a price war because there were many organisations who had their business plans in place.

Importantly, our low pricing of Favipiravir 200mg tablets not only encouraged many to join us to serve the nation but also set a trend to price all future Favipiravir tablets launched (of a higher strength) to be proportionately priced. Hence the cost of treatment was reduced and thousands benefitted.

Q/ What were the challenges you faced while bringing out Favivent?

A/ It is very tough. When the drugs controller approved this, it came with a three-month expiry. So the challenge is that you cannot reach out to all the chemists within this time frame. We have a tool on our website by which any person who has been prescribed Favivent can find stockists in the city. The demand is high and there is a scarcity of the drug; the logistical challenges only add to it further. There are eight lakh chemists in India and it is impossible to manufacture so much in a short time and make it available everywhere.

The challenges of transit within districts, people not being willing to come [out] and the danger of Covid-19 transmission are some of the challenges we faced at our production facilities. We hope Favivent’s easy accessibility and affordable price point will offer our citizens a timely therapeutic solution.