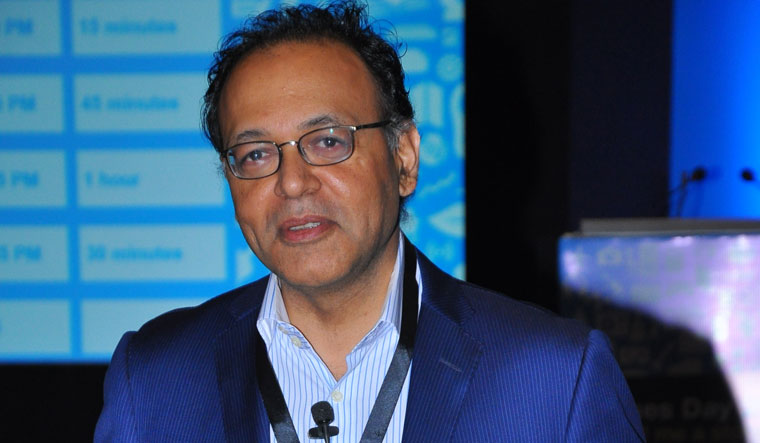 Gautam Kumra has spent over 27 years in McKinsey & Company, a US-based management consulting firm with a presence in 65 countries. He is a founding board member of the Public Health Foundation of India and the IIT Delhi Endowment Board. Kumra also serves on the board of IIM Bodh Gaya and is a member of the Global Advisory Council of the Lincoln Center for Performing Arts, New York. He spoke to THE WEEK about the challenges the Indian economy faces because of Covid-19 and the need for urgent reforms. Edited excerpts:

What are the uncertainties caused by Covid-19 and how long would it remain? What kind of GDP growth can we expect this year and what can be done to improve it?

The economic impact of Covid-19 is highly uncertain and can be judged only in terms of potential scenarios. According to our scenarios, India’s GDP could contract between 9 and 12 per cent in the current year, depending on the effectiveness of virus containment and economic policy responses. There is very high uncertainty on both the depth and duration of the health and economic crisis. Whatever the extent of the crisis, it could mark the most severe decline in India’s GDP in four decades.

The government has responded with liquidity and fiscal measures, but what reforms are still required?

Beyond immediate crisis response measures, the government has also announced some structural reforms that could have positive effects on medium-term growth.

Facilitating cash in hand for the people could stimulate and revive demand in the economy. To enable this, the government has announced several direct benefit measures for the farm sector and vulnerable households. However, given the depth of the crisis, incremental stimulus is likely warranted to stimulate demand (for example, direct income support for informal non-agriculture workers and the urban poor) along with support to stressed sectors, which will struggle to recover, in addition to accelerating spending in infrastructure and expediting pending payments of government and PSU (public sector undertaking) dues.

It has been observed that some sectors such as manufacturing and services, though limping back to normalisation, still need urgent reforms. What are the sector-specific reforms that can be contemplated by the government?

A significant opportunity of about $500 billion of economic value by 2030 could be captured by developing India into a global manufacturing hub to capture both the domestic as well as export demand across high potential sectors such as electronics and capital goods, chemicals, textiles and apparel, auto and auto components, the electric vehicle ecosystem, and pharmaceuticals, medical devices and food processing.

To capture this value, the government has already announced Production-Linked Incentives (PLI) in the manufacturing sector to counter the cost disadvantage in handset manufacturing. Such targeted, time-bound and conditional incentives could be introduced for other critical sectors as well and inverted duty structures could be removed. A set of reforms could reduce the cost of power and logistics by around 20 to 25 per cent in the long run, in turn, improving manufacturing competitiveness of India’s companies. Reforms could include enabling franchised and privatised DISCOM (Distribution Company) models, reducing cross subsidy surcharges, among others. Indian states could also establish well-functioning, port proximate manufacturing clusters that contain free trade warehousing zones, provide land, plug-and-play infrastructure, common utilities, fast approvals and inputs like power and logistics at a lower cost and create demonstration effects that can be replicated by other states.

What are the financial and banking reforms required given that the government has pumped additional liquidity into the public sector banks? Do you feel that privatisation of PSBs is one of the solutions?

The Indian economy may need to raise a capital of almost $2.4 trillion in the fiscal year 2030 and $1.5 trillion in 2025, compared to $865 billion in 2020, to fund the reform agenda. Financial reforms could be needed to generate this capital. They could include measures to channel more household savings to capital markets and to reduce the cost of credit intermediation. India could meet the bulk of its capital requirement through domestic savings. This would raise the share of household savings in the form of financial assets as opposed to physical assets such as land or gold to 11 per cent of the GDP in 2030 from about 7 per cent in 2018. India's net foreign capital inflow would also need to rise from 1.8 per cent to about 3 per cent of the GDP. Of this, net FDI (inflow minus outflow) needs to quadruple from $30 billion to $120 billion.

A more efficient and deeper capital market would be essential to ensure that more household financial savings flow to productive and high growth firms, especially mid-sized and small firms that need to climb the ladder of scale. India could undertake measures to make various asset classes across bond and equity instruments more attractive through transparent pricing and rationalisation of taxation, among others. In addition, measures to strengthen and widen the range of investment vehicles, such as insurance, pension products, mutual funds and alternative investment funds, among others, could also be implemented.

The average commercial borrower in India incurs about 5.2 percentage points of higher cost for borrowed funds than in other outperforming emerging economies. This is driven by higher risk premiums, higher operating expenses of financial intermediaries and crowding out due to government borrowing. One of the solutions could be to improve the health of the financial sector by establishing a framework for 'special asset banks' with private sector funded ARC (Asset Reconstruction Company) driving the resolution of NPAs. In addition, implementation of the Insolvency and Bankruptcy Code could be streamlined.

Another possible solution to reduce borrowing costs could be to move rapidly on the bank privatisation efforts, bringing market-based governance and performance management practices. Public sector banks have typically shown higher cost to income ratios than private sector banks—54 per cent compared to 46 per cent in the fiscal year 2019. The government has declared its intention to limit the presence of state-owned enterprises in strategic sectors, which includes the banking sector, to between one and four. Implementing a privatisation agenda in line with this declaration could help to reap the efficiencies of consolidation and usher in more market-based incentives for performance. India also could reduce the 'crowding out' of commercial borrowings by streamlining public finances.

Many sectors, especially MSMEs, may not be able to improve before the end of the current fiscal. What according to you are the sectors that may take more time to revive and sectors that may revive sooner?

[which will take time].

Particularly on MSMEs, there could be a growing gap between ‘winners’ and ‘losers’. This trend is being seen globally. The gap between the top and bottom quintiles of companies by economic profit was widening before the Covid-19 crisis and has been further amplified as a result of it. MSMEs, therefore, might be hit worse than large corporates.

What is your perception of the public sector enterprises in India? What kind of reforms are needed in them?

Over the past eight years, public sector banks for instance have needed considerable capital infusion. To address these challenges, the government, as part of the Atma Nirbhar Bharat scheme, declared its intention to limit the presence of PSEs in strategic sectors. In nonstrategic sectors, it plans to privatise or merge or bring under holding companies all PSEs, and allow private sector participation.

It may be critical to move on the privatisation agenda. Privatisation of 400 SOEs (state owned enterprises) where the government’s share of the book value was $140 billion in 2018, could yield up to 040 trillion ($540 billion) over the next decade. Just 40 or so PSEs could yield 80 per cent of the overall potential privatisation proceeds across sectors like oil and gas, financial services, power, manufacturing, telecom, and mining.

Over the next decade, India needs to create at least 90 million new non-farm jobs to absorb the 60 million new workers who will enter the workforce based on demographics and an additional 30 million workers who could move from farm work to more productive non-farm sectors. To absorb the influx, the country will need about 12 million additional gainful non-farm jobs every year from the fiscal year 2023—triple the four million non-farm jobs created annually between 2012 and 2018. For this magnitude of employment growth to be gainful and productive, India’s GDP will need to grow by 8-8.5 per cent annually over 2023-2030. Manufacturing and construction are the two sectors that would need to be amplified the most, with manufacturing generating one-fifth of the incremental GDP and construction generating one-fourth of the incremental non-farm jobs.

What more needs to be done to pep up the economy going forward?

India needs to undertake different pillars of growth. We need to embrace frontier businesses, or business models that are 2.5 times more productive than traditional business models, which could create $2.5 trillion of economic value in 2030. At the same time around 1,000 plus mid-size and 10,000 plus small firms need to climb the ladder of scale to solve the problem of the 'missing middle' of companies in India. Then significant speed and scale of reforms will need to be implemented and there is a need to raise $2.4 trillion capital in 2030 (three  times the current level of investment) that is at 3.5 percentage points lower cost to support the growth agenda. Majority of these reforms could be implemented relatively faster through a policy or law. Out of this, 60 per cent of the reform agenda requires action at the state level.